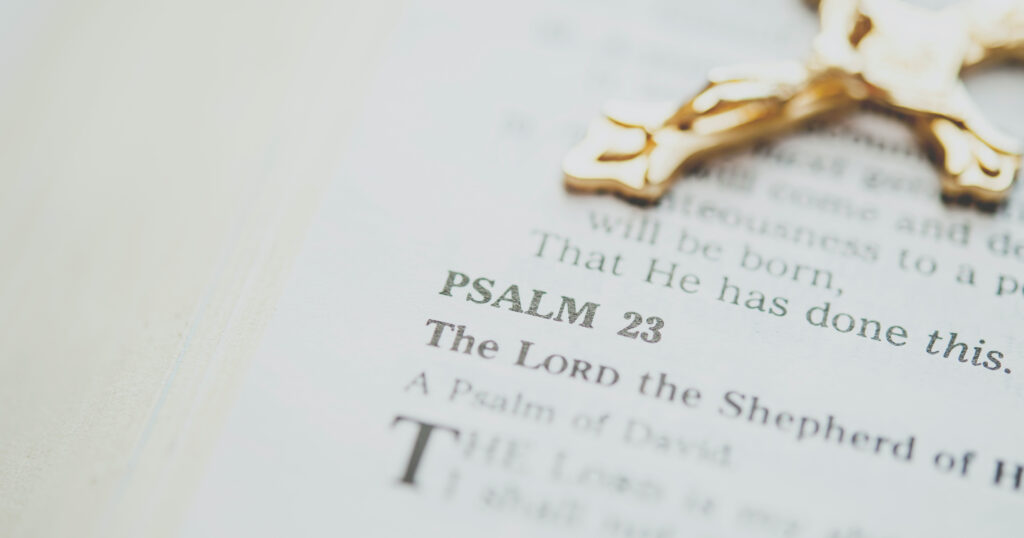 The Bible. For some, the very words evoke feelings of warmth and wisdom, but for many Catholics today, the Bible can be chronologically confusing and its meaning hard to grasp. How tragic this is in light of the fact that as Pope Leo XIII said, “Scripture is a Letter written by our Heavenly Father” to his children for the purpose of revealing himself to them.

Those who come to the Holy Bible for the first time could expect to open at the beginning of Genesis and read on through to Revelation with the same ease and excitement as reading the novel Gone With The Wind. But it doesn’t take the novice long to figure out that the Bible doesn’t read like a popular novel. In fact, it isn’t put together as a sequential narrative; rather the books are grouped by literary types. Consequently, the once-excited inquirer puts the untapped treasure back down on the coffee table with a sigh of “what’s the use?”

History of Salvation and the World

An important challenge facing the reader is to find and understand the basic storyline of salvation history within the Bible’s pages. We are not talking at this stage about understanding detail, but rather grasping the scope of the divine story, the “big picture.” The Bible, although made up of many stories, contains a single story. In a nutshell, it is about God and his relationship with mankind, the most complex part of his creation, and the true object of his love and affection. It is mankind that would betray God, and yet God, in turn, would die for.

Starting with the first chapters of Genesis on through the book of Revelation, God gradually reveals his plan to re-establish the broken relationship between himself and his treasured creation. It is only in God’s revealed plan that mankind once again finds its intended purpose for being “because man is created by God and for God; and God never ceases to draw man to himself. Only in God will he find the truth and happiness he never stops searching for” (Catechism of the Catholic Church, 27).

It is important for the modern Catholic to understand that, although the Bible is a mystery on one level, it is also a book of history. There should be no misunderstanding—it is true history as opposed to cleverly devised tales. Pope Paul VI said in the Second Vatican Council document, Directorium Catechisticum Generale (Sacred Congregation for the Clergy):

The Bible gives a wide range of examples of how through word and deed God has entered the life of his people.

The difficulty facing Bible readers is how to make this personal yet ancient story of salvation history come alive. They must discover the critical plot and, through the guidance of the Church, understand its meaning in order to make it their own story.

Dei Verbum emphasizes the importance of using the contemporary literary form to search out the meaning of the Sacred Scriptures:

“To search out the intention of the sacred writers, attention should be given, among other things, to ‘literary forms.’ For truth is set forth and expressed differently in texts which are variously historical, prophetic, poetic, or of other forms of discourse. The interpreter must investigate what meaning the sacred writer intended to express and actually expressed in particular circumstances by using contemporary literary forms in accordance with the situation of his own time and culture.”

The first step to understanding the Bible chronologically as a story is to identify which of the seventy-three books are of historical nature. The term “historical” refers simply to those books that keep the story moving from one event to another. Not all books in the Bible are historical accounts, some are poetic in nature, some are wisdom literature, and some prophetic. The historical books provide us with continuity or give us an ordered account of connected events from Genesis to Revelation. This is called the narrative approach and was common among early Church Fathers such as St. Ambrose and St. Augustine.

“From the time of the apostles, becoming a Christian has been accompanied by a journey and initiation in several stages.”

Certain essential elements will always have to be present: a proclamation of the Word, acceptance of the gospel entailing conversion, a profession of faith, and baptism itself. Throughout this faith journey, the sacraments provide direct encounters with Christ, resulting in the grace of God, which is the life of the Trinity. The new believer travels through initiation (baptism, confirmation and the Eucharist) and participates in the sacraments of healing (penance and anointing of the sick), and service (holy orders and marriage).

Once the new believer is initiated into the story (Creed) through the sacraments they move into life in Christ, the third pillar of the Catechism. What is life in Christ in relation to the Creed, Liturgy, and sacraments? Life in Christ is our personal and communal script on how to live. Because the Church is the body of Christ, we live the life of Christ in the world. In this pillar we learn about the moral life, virtues, sin and our relationship with society. With the Ten Commandments as a backdrop, we learn how to conduct ourselves along the journey of faith.

Prayer, which makes up the fourth pillar of the Catechism, provides us with the guidelines to fortify a close personal relationship with God. There are several wellsprings where Christ awaits us to enable us to drink deeply of the Holy Spirit; the Word of God, the Liturgy and the theological virtues. Through prayer we can drink more deeply from the Word of God and participate more fully in the sacramental life. It is in prayer that our bond with God grows deeper and with an understanding of the three previous pillars, our understanding of revelation becomes more profound.

This is the third and final installment in the Scripture & Tradition series. It was published on the Great Adventure Blog, the Ascension Blog’s former home, on April 19, 2015.

Four Sides of the Same Coin: When the Gospels “disagree”