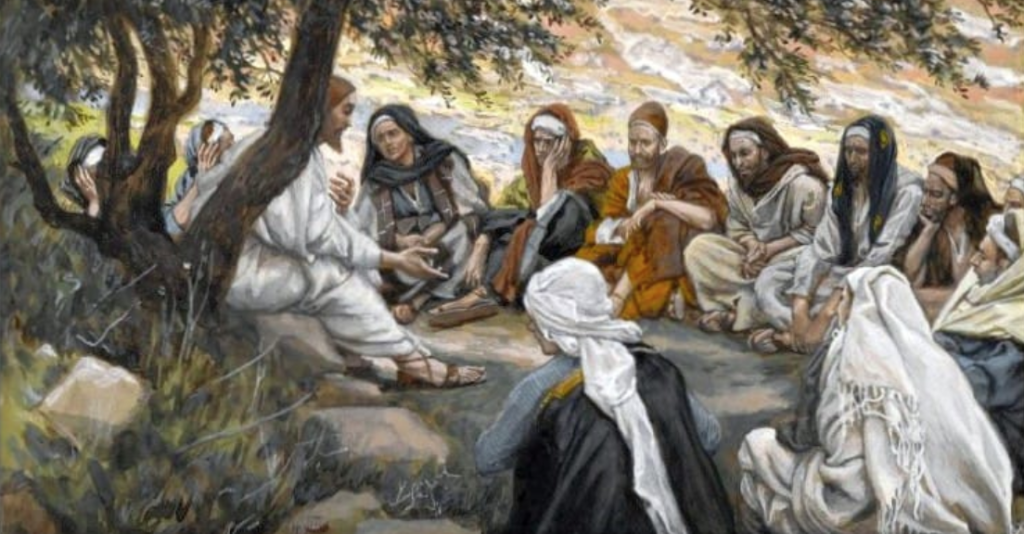 The perception from the outside is that the Catholic Church is big. I remember those first weeks when my interest in the Church was stimulated by the writings of Pope St. John Paul II. Before understanding the details of doctrine, liturgy, and Church structure, I was in need of something that would tie together the whole faith. I desperately wanted to see the big picture of the Catholic Faith. Once I began to read the documents of Vatican II, I realized I had come face to face with a gold mine in terms of explaining how all things Catholic fit together. Then, reading the Catechism of the Catholic Church further organized and synthesized all the various themes of the Catholic Faith into a structure that I could understand and put into practice in my daily life.

I discovered something important in those early months of seeking God in the Catholic Church. God wants to fully reveal himself to us, he wants us to fully participate in his family and has passed on a structure and methodology that not only reveals him, but also can be maintained throughout the centuries. Truth is not always simple; in fact it can be hard sometimes. This is why it is important for young Christians to work with key foundational Church documents such as the Bible, the Catechism and the writings of Vatican II.

Today, many non-Catholic Christians understand divine revelation as a personal exercise, where the individual mines the depths of the sacred text with the help of the Holy Spirit. This simplistic approach seems easy, personal and liberating, but in reality sola scriptura complicates the search for truth and leaves the individual with a lack of certitude. The thought of interpreting the most profound book on earth—with no guidance other than a hope that God is somehow leading the reader into a more profound understanding of the world, God, and self—borders on spiritual guessing. If God, who created the complexities of the universe, chose to reveal himself, wouldn’t he reveal himself with the same attention to order and detail that went into creation itself? Wouldn’t there be order and guidelines?

Handed on by the Apostles

One document that every Christian should be acquainted with is The Dogmatic Constitution on Divine Revelation, Dei Verbum. Dei Verbum is the concise articulation of how we receive divine revelation and grow in our understanding of it. The document reveals the liberating truth that revelation is not contained in Scripture alone, but is progressive and involves both Sacred Scripture and Sacred Tradition. Starting with the Old Testament, God entrusted himself to a people and began to manifest himself through word and deed. The Old Testament, while written for our instruction, prepared God’s people for the coming of Jesus Christ. In the New Testament Christ established the kingdom of God on earth and manifested his Father and himself again by deeds and words. There is a relationship between the two Testaments in that both Testaments are arranged in such a way that “the New Testament is hidden in the Old and the Old is made manifest in the New.”

This progression continues after Jesus commissioned the apostles to preach to all men the gospel. The apostles faithfully fulfilled this commission and “handed on what they had received from the lips of Christ, from living with him, and from what He did, or what they had learned through the prompting of the Holy Spirit” (DV, 7). In “order to keep the gospel forever whole, the apostles left bishops as their successors, ‘handing over’ to them the authority to teach in their own place.”

What was it that was handed on by the apostles to the succeeding generations? Dei Verbum tells us “what was handed on by the Apostles includes everything which contributes toward the holiness of life and increase in faith of the people of God; and so the Church, in her teaching, life and worship perpetuates and hands on to all generations all that she herself is, all that she believes (DV, 8).” This is what constitutes Sacred Tradition.

Part of this Sacred Tradition includes the teaching role of the Magisterium of the Church, the bishops in union with the pope. The task of “authentically interpreting the word of God, whether written or handed on, has been entrusted exclusively to the living teaching office of the Church” (DV, 10). The Magisterium not only hands on the objective truth of the Faith but also provides methods of study that have been carried on for centuries. One point that is important to remember is stated in Dei Verbum 12, which states:

“The living tradition of the whole Church must be taken into account along with the harmony which exists between elements of the faith.”

The best example of this harmony, which exists between the elements of the Faith, is seen in the Catechism of the Catholic Church. Within the structure of the Catechism, there is a harmony between the elements of the Faith with sacred theology resting on “the written word of God, together with sacred tradition, as its primary and perpetual foundation” (DV, 24). To go even deeper:

“the sacred page is, as it were, the soul of sacred theology.”

Christ and the Written Word

The first pillar of the Catechism is the Creed. The Creed is the Church’s profession of faith. St. Augustine recognized that new believers could not handle the whole of salvation history, so he gave them the Creed as the starting point. The Creed is a distillation of salvation history and was the “rule of faith” for the early believers. It was through the lens of the Creed that the early believers began to see and digest the wonderful revelation contained in Sacred Scripture. The Creed could be thought of as salvation history, from Genesis to Revelation, in a tightly wound form. This true story of the world is critical to understand because there is a relationship, indeed a harmony, between it and the elements of the Catholic Faith.

This is why “the Church forcefully and specifically exhorts all the Christian faithful to learn the surpassing knowledge of Jesus Christ, by frequent reading of the divine Scriptures. Ignorance of the Scriptures is ignorance of Christ” (CCC, 133). This relationship between the written word of God and knowledge of the Christ is seen in the relationship between the first and third pillars of the Catechism. This will be discussed in the third and final part of this series.

This is the second part of the Scripture & Tradition series, originally published as an article in Envoy Magazine. It was republished on The Great Adventure blog, Ascension Blog’s former home, April 18, 2015.

Scripture & Tradition 3: The Story & The Life

I Believe in One God: The Power of the Creed

Jeff Cavins is passionate about helping people understand Scripture and become disciples of Jesus Christ. Though he was born Catholic, Jeff went to Bible school and served as a Protestant minister for twelve years before reverting to the  Catholic Faith. He then quickly became a leading Catholic evangelist and author. Jeff is best known for creating The Great Adventure Bible study programs published by Ascension, which have been used by hundreds of thousands of people to engage in Scripture in a life-changing way. In addition to The Activated Disciple, some of his other recent projects include his podcast, The Jeff Cavins Show, and the Great Adventure Bible studies, Ephesians: Discover Your Inheritance, and Wisdom: God’s Vision for Life.

Featured painting, “The Exhortation to the Apostles” (ca. 1886-1894), by James Tissot sourced from Wikimedia Commons