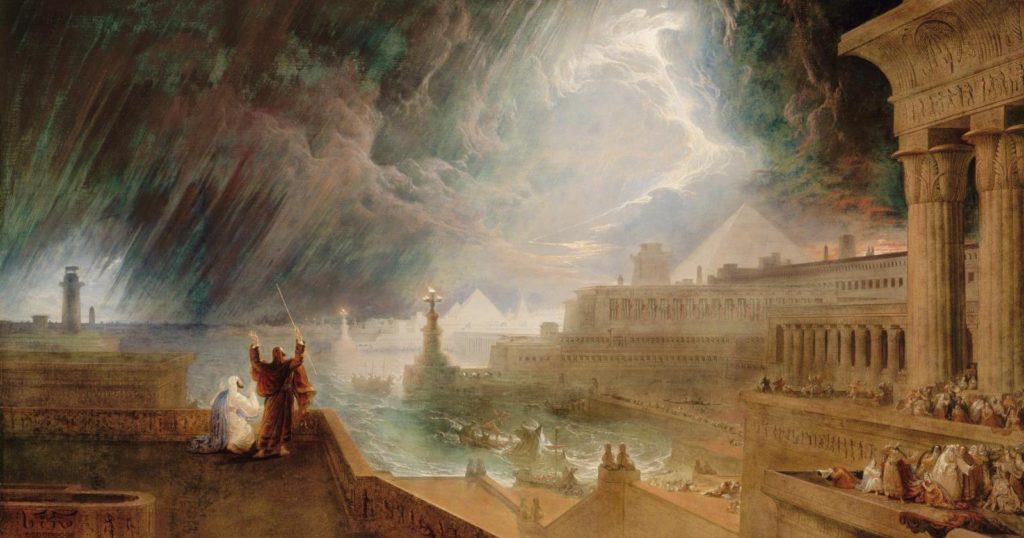 This is a common question among believers and nonbelievers alike. It is often raised after hearing a Scripture reading at Mass such as this one from the book of Isaiah:

“From of old no one has heard
or perceived by the ear,
no eye has seen a God besides thee,
who works for those who wait for him.
Thou meetest him that joyfully works righteousness,
those that remember thee in thy ways.
Behold, thou wast angry, and we sinned;
in our sins we have been a long time, and shall we be saved?
We have all become like one who is unclean,
and all our righteous deeds are like a polluted garment.
We all fade like a leaf,
and our iniquities, like the wind, take us away.
There is no one that calls upon thy name,
that bestirs himself to take hold of thee;
for thou hast hid thy face from us,
and hast delivered us into the hand of our iniquities.”

I found it hard to say, “Thanks be to God,” after that particular reading. Isaiah said God was angry and has hidden his face from us. It is not particularly what I wanted to hear, but when seen in the context of the other Mass readings of that day, the Church is pointing to the Deliverer that will come to take away our guilt. Taken in context, these seemingly harsh words of Isaiah can actually be seen as a hopeful message that God will eventually remedy the problem of guilt and sin.

We need to keep the following points in mind as we form our opinion of God based on certain “problematic” passages in the Old Testament:

God says that “vengeance is mine.” He is the ultimate judge; his ways are just, his judgments are always true. It is not for us to judge him or his ways. We should pray for the grace to understand those Scripture passages that disturb us so that we might understand the truth our loving God wants us to see.

What Does Mary’s Assumption Have To Do with Us?

A Trip to the Adoration Chapel

Visit to the Church of the Holy Sepulchre

Emily Cavins received her bachelor of arts degree in classical and Near Eastern archaeology from the University of Minnesota. She is a tour leader of annual pilgrimages to Israel and other Bible-related destinations. Emily is also the developer of the  Bible study resources, and co-author of The Great Adventure Storybook. She co-authored the Walking Toward Eternity Bible Study Series, Part One (Daring to Walk the Walk) and Two (Engaging the Struggles of Your Heart) with her husband, Jeff. Some of her other work includes: Great Adventure Kids, Lily of the Mohawks: The Story of St. Kateri, and Catholic Family Night, a series of lessons covering all three liturgical reading cycles with one lesson per week throughout the entire year.

Emily lives in Minnesota with Jeff, her husband of over thirty years.

This blog post first appeared on The Great Adventure Blog (biblestudyforcatholics.com) on February 25, 2015. Find out more about Great Adventure Bible studies here or by clicking the banner below: