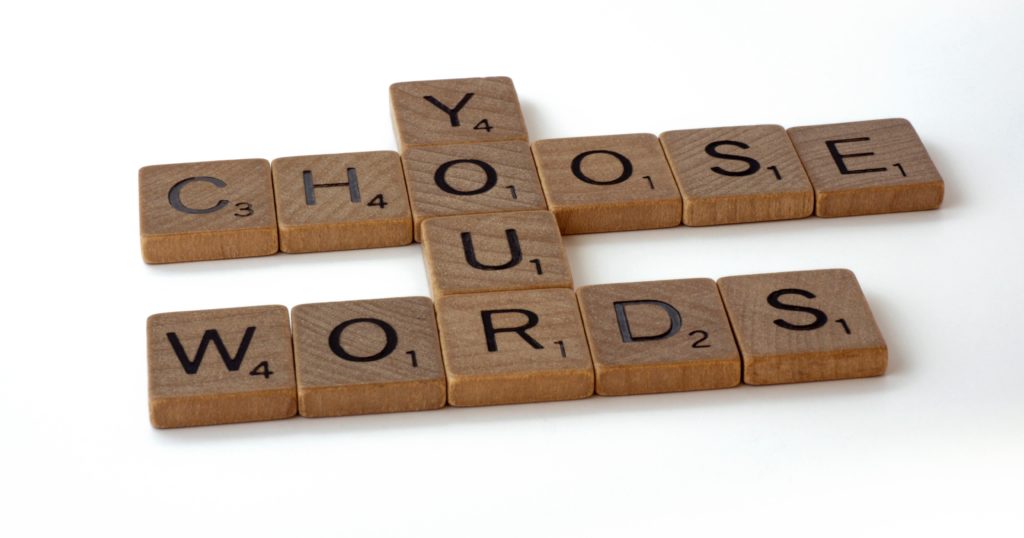 As a teacher in a Catholic high school it is not uncommon, sadly, for me to hear students use profanity every once in a while (or more often than that).

Walking in the halls or out in the schoolyard, students can easily drop the occasional swear word as part of their regular conversation. Teachers may even hear students curse in the classroom, as surprising as that might seem.

The rationale for the foul language can vary.

Students might express their anger or frustration over a particular experience, such as a loss in a sports game, some bad news from a friend or a disappointing grade on an assignment.

Others use a naughty word or two when expressing surprise while talking with peers, or excitement while watching a specific event.

Whatever the case, few matters irritate me more at school than hearing a teenager swear—especially when part of a Catholic school environment. Honestly, I consider cursing to be as foul as a stinky cologne.

Who Is at Fault?

Swearing has become so normal for some students that they often will not even realize they are speaking any words deemed inappropriate.

For example, during a recent chat with a freshman in one of my courses, I wanted to address his word selection that had become somewhat of a habit in class—this despite my respectful but increasingly stern reminders to control his vocabulary.

In aiming to have him recognize his speech and why it was frowned upon, he candidly shared he did not really notice each time he said the word, nor did he truly understand its meaning and why it was wrong to say.

After our talk, I was not sure if I should feel frustrated with him or hold sympathy toward him.

As much as adolescents are at fault and should be held accountable for uttering their choice words, we cannot blame them entirely. After all, they have been conditioned to think their language is appropriate and acceptable in today’s society.

At some point along their development, they have been shown their off-color words are OK—either from parents’ or other family members’ modeling, chatting with their friends or by movies, songs, or TV shows.

It is sad, frankly, that certain expressions have made their way into our modern-day lexicon to the point where people—not only teens and younger kids—use them regularly and with relative indifference.

Now, I will not deny I have spoken profanity here and there (sometimes more often than I care to admit) and no reasons I could give would justify the practice. Just the same, I believe it is important we acknowledge how our swearing can have an impact on the world around us and reflects a part of our identity to our surrounding community.

Whatever the curse words—and there are certainly some that are more prevalent or damaging than others—profanity can devalue the righteous standards our faith promotes in striving to share Jesus’ teaching of love.

When covering the Ten Commandments with my religious education classes, I always endeavor to show how these vital moral instructions extend beyond their surface-level meaning in life.

Stressing the incomparable importance of the Lord’s name and how it should never be used in vain, we discuss how this commandment applies to so much more than simply using the phrase OMG.

Referencing the name of Jesus Christ or calling on God in an irreverent, unholy or non-prayer context unquestionably breaks the Second Commandment.

Looking at God’s directive more interpretively, we could also appreciate how our Almighty Father wishes for us to speak in a tasteful manner that reveals love and respect to others.

With this in mind, I cannot imagine there being much debate contesting how the F-word violates this tenet. Additionally, so many other words or expressions could fall into the same category.

When identifying or discouraging such inappropriate language with students at school, I will often try to introduce terms that are not only innocent but also creative. This can present to them a much friendlier and mature approach to handling their given situations.

I encourage them to dig deeper and use their imagination, applying some classics like shoot or darn and even offering them suggestions like fiddlesticks, shut the front door, son of a businessman and fudgesicle. While such examples might seem a little Pollyanna, they certainly do not clash with God’s Ten Commandments and should not cost anyone loss of respect for offending others with their words.

In a world that can sometimes seem to lose an appetite for virtuous living, I suppose therein lies the challenge—to speak in such a way that observes the Second Commandment and does not debase social values.

As one reads in Sacred Scripture, Jesus invites us to speak favorably in order to best exhibit the true nature of our heart. The Book of Proverbs also provides ample prompts regarding the importance of speaking with appropriate language.

In a society where we are often called by God to be countercultural, it behooves us to consciously guard our words to ensure we plant healthy seeds through our verbal communication.

Whether a high school student just hanging out or any other individual going about their business, in applying self-discipline and the virtues of prudence and fortitude in our speech, we can better demonstrate who God wants us to be while lifting others to do the same.

Are We Really Supposed to Pray for Our Enemies?

Why Is Taking the Lord’s Name in Vain Wrong?

Matt Charbonneau is a high school religious education teacher who inspires his students to explore a deeper relationship with God. Applying uplifting lessons, engaging activities and insightful experiences, he strives to demonstrate the powerful presence and unconditional love of God in everyday life. For more of Matt’s writing, visit God’s Giveaways at www.mattcharbonneau.com.