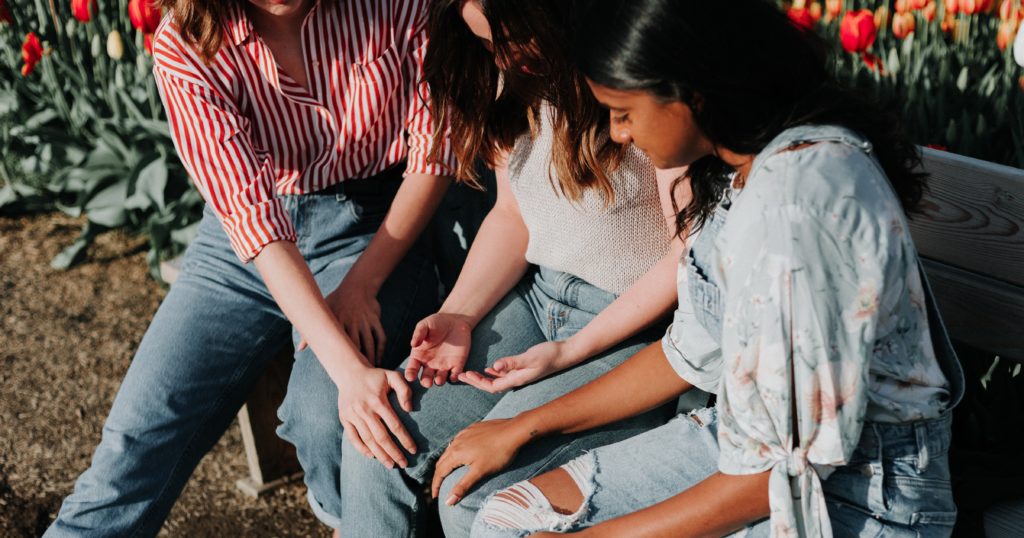 As Catholic Christians, we should hopefully all know how much power there is in prayer. The greatest prayer of all lies first in the Holy Sacrifice of the Mass. But if we’re only able to participate in one Mass each week, on Sunday, what are we doing for the rest of those 167 hours of the week to witness to our Christian faith? How much of that time do we spend in prayer? In the Catechism of the Catholic Church, we are reminded that our Lord Jesus taught us how to pray:

“Just as Jesus prays to the Father and gives thanks before receiving his gifts, so he teaches us filial boldness: ‘Whatever you ask in prayer, believe that you receive it, and you will.’ Such is the power of prayer and of faith that does not doubt: ‘all things are possible to him who believes.’”

When we live this boldness, we see quite clearly how efficacious prayer can be. This is why our Lord also tells us that we are capable of doing what would seem impossible on a natural level, like moving mountains (see Mark 11:23-24). The supernatural effects of prayer can sometimes be hard for us to wrap our heads around. This is why we sometimes have the temptation to do a whole bunch of works, which are good in and of themselves, while neglecting daily prayer and meditation. As Cardinal Robert Sarah points out in his book The Day Is Now Far Spent:

“[Catholics] absolutely must have a soul of prayer. Without it, the most effective of social actions would become useless and even harmful.”

The beauty of our Catholic faith is that we do not act or think in either/or terms; it is so often both/and. So in this case, we live a Christian witness through both good works and prayer. Now if our own individual prayer can produce such amazing fruit, we must also consider what the prayers of two or more gathered in the Lord’s name can do.

It’s not uncommon to see in parishes a team of the laity dedicated to intercessory prayer for those in the community. Or even at times such initiatives will be across deaneries or dioceses. Such initiatives stem directly from the share that all the baptized have in Christ’s priestly office:

“Hence the laity, dedicated as they are to Christ and anointed by the Holy Spirit, are marvelously called and prepared so that even richer fruits of the Spirit may be produced in them. For all their works, prayers, and apostolic undertakings, family and married life, daily work, relaxation of mind and body, if they are accomplished in the Spirit – indeed even the hardships of life if patiently born – all these become spiritual sacrifices acceptable to God through Jesus Christ.”

Since each of us make up the members of the Body of Christ, we really should realize that we have strength in numbers. Banding together, especially in prayer, is a fantastic way to grow in fraternity with our brothers and sisters, to grow in virtue, and to deepen the bonds that we carry as sons and daughters of our heavenly Father. Having a team within the parish, dedicated specifically to prayer, is something easy to start and can take many different shapes and forms. Let’s run through a few of the ways that this can be manifested at your own parish, getting some helpful wisdom from those who have gone before us in the faith.

While Christians have been praying together in community outside of Mass since the dawn of the Church, the modern movement toward prayer teams and groups can be traced back to Pope Pius XII, specifically in his 1947 encyclical Mediator Dei. Arguably one of the most important documents of his pontificate, Pope Pius gave a beautiful treatment of the sacred liturgy, that greatest prayer we can take advantage of, but then also focused on what we can do as individuals coming together in our respective communities. Many apostolates that formed throughout the subsequent years and decades owe quite a bit to the suggestions made by the pope. In the words of Pope Pius, (emphasis mine):

“[W]hen devotional exercises, and pious practices in general, not strictly connected with the sacred liturgy, confine themselves to merely human acts, with the express purpose of directing these latter to the Father in heaven, of rousing people to repentance and holy fear of God, of weaning them from the seductions of the world and its vice, and leading them back to the difficult path of perfection, then certainly such practices are not only highly praiseworthy but absolutely indispensable, because they expose the dangers threatening the spiritual life; because they promote the acquisition of virtue; and because they increase the fervor and generosity with which we are bound to dedicate all that we are and all that we have to the service of Jesus Christ.”

As I mentioned above, bringing people together outside of Mass to pray through “devotional exercises” and the like can bring us an increase of virtue. We often hear people talking about how we should aspire to be “good people”. That term “good” is awfully nebulous and can be taken in so many different contexts. Instead, we as Christians must become virtuous, and aim for something concrete like the virtues of faith, hope and charity, or the virtue of religion itself. Such exhortations from the Holy Father would continue with Pope St. Paul VI, where he was more explicit with his desire to see groups of the faithful get together in common prayer, as can be seen in his decree on the apostolate of the laity:

“The faithful should participate in the apostolate by way of united effort. They should be apostles both in their family communities and in their parishes and dioceses, which themselves express the community nature of the apostolate, as well as in the informal groups which they decide to form among themselves.”

One way that we see these groups taking place in a more informal way may be through a traditional Rosary group. Meeting before Masses or other devotions like Eucharistic Adoration, or even before the praying of Vespers and other liturgical hours, these Rosary groups can give quite the spiritual boost to parishes. And there’s no reason to let this fall to the “church ladies” you might see before a weekday Mass. This can happen in Newman Centers on college campuses before large Sunday Masses (or even after with Rosary walks) or in our local city parishes with young people and families getting to church a little bit early before Mass starts to take part in such a powerful prayer. Our Blessed Mother is the most powerful intercessor of all, so it makes sense to start up a Rosary group or coalition in your own parish if there is not one already active!

On a more formal basis, other groups can be formed following the model of St. Pio of Pietrelcina, also known as Padre Pio. Following in the footsteps of Pope Pius XII, Padre Pio set off a worldwide phenomenon that is still active in parishes both in the United States and abroad to this very day. When Padre Pio first became aware of Pope Pius’ exhortations to the faithful to engage in prayer together, he reportedly said:

“Let us start doing something. Let us role up or sleeves. Let us be the first to respond to the appeal launched by our Supreme Pontiff!”

The Padre Pio Foundation of America lays out the steps to starting a group very succinctly, which involves members meeting at least once monthly for Mass, Rosary, benediction and social time with each other to build up fraternity. This is just one way the faithful can get together on a parish level to lift up the whole community in prayer.

Other initiatives more recently have been started by bishops, such as the Most Reverend Allen Vigneron of the Archdiocese of Detroit. In his 2017 pastoral letter, Unleash the Gospel, Archbishop Vigneron explicitly called for intercessory prayer teams to be launched in every parish of the archdiocese, mirroring an earlier call he had made before their synod began in 2016. Intercessory prayer is something that should be as normal as the air we breathe every day. To quote the archbishop:

“One way to avail ourselves of the power of intercession is for each parish to form an intercessory prayer team which is regularly informed of the parish’s evangelistic initiatives, prays specifically for their success, and receives regular updates on how their prayers are being answered.”

Of course, such groups should not be just limited to Detroit, but this idea should serve as a model for what we can do within our own parishes, no matter our geographical location.

From my own personal experience, I have been able to benefit from the prayers of my local team for St. Paul’s Street Evangelization. Many people are understandably a bit shy or reticent to come out with us on the streets to talk in such an open manner about our Lord Jesus. But the apostolate provides the opportunity for communities to utilize “Prayer Warriors”, and I feel that we have benefitted from those prayers many times when we’ve been out at fairs and on street corners sharing the gospel with others. We also make time at certain points of the year to pray together, and then always make it a point to pray with whomever we may encounter during our outings. Perhaps my favorite part is the “prayer box”. We ask those coming to our booth to write down their intentions, which we have our team members bring before the Blessed Sacrament. This is another great way groups can connect and pray for each other, and for others that we meet throughout our daily lives.

Basically, there’s no wrong way of really forming a prayer team at your parish, so long as the focus is on Christ and building up his Church. These are just a few of the ways such groups can be formed. Other apostolates like Exodus 90 also encourage groups to form, lifting each up in prayer on the parish level and beyond. But whichever mode you utilize, it’s as simple as identifying others that have a strong desire for communion with Christ the Head as well as the members of his Mystical Body. By banding together, we each can realize that universal call to holiness, strengthening the Church through our common prayer and dedication to one another.

How to Build Your Prayer Life This Year [CFRs video]