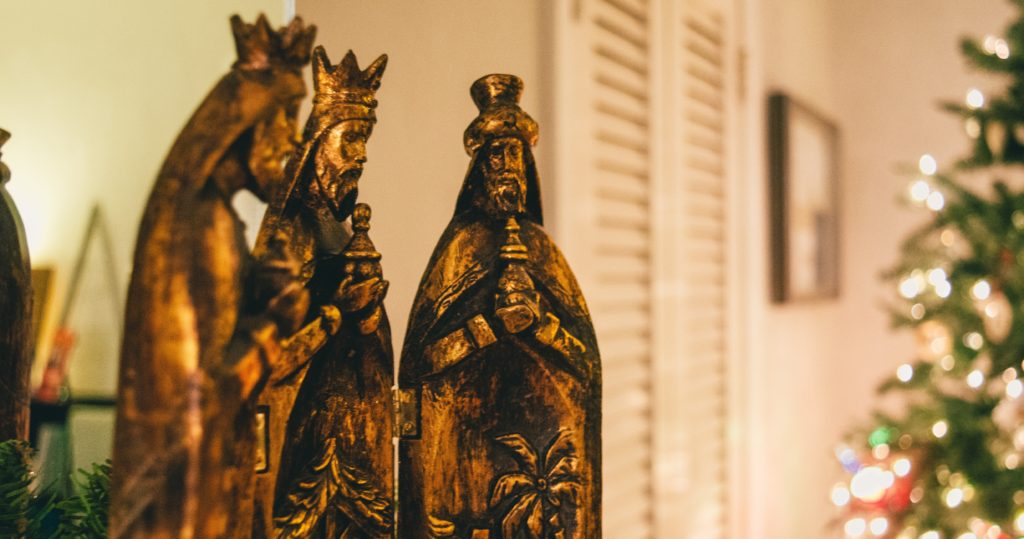 Posts about the Catholic meaning of “The Twelve Days of Christmas” is a carol tradition as fashionable as memes disparaging “Mary Did You Know”.

Unfortunately, none of that is true. However, there is still profound Catholic meaning to “The Twelve Days of Christmas”, and I would like to argue that Catholics at should still claim it.

“The Twelve Days of Christmas” most likely originated in France. We don’t know exactly when it was written, but the first recorded copy dates to 1780. Many of the lyrics were different than the version we hear today. One of the variants was even about bear-baiting because apparently blood sports were viewed as a good way to prepare for Baby Jesus.

Three different men came up with this theory around the same time. The most influential of the three, Fr. Hal Stockert, wrote an essay in 1982 called “Origin of ‘The Twelve Days of Christmas’: An Underground Catechism”, in which he went into great detail about the process of being drawn and quartered.

A decade or so after this, chain emails became popular and  Fr. Stockert’s article began to appear regularly in people’s inboxes. He later claimed that he learned of the symbolism by reading old letters of priests from Ireland. When he was asked to share these sources, he said that the letters had been destroyed in a flood, and that his original research was on a floppy disk so old that no computer could read it (source and another).

How We Know It’s Not a Secret Catechism

While it is interesting that three people came up with this theory independently, it is almost certainly not true. There are at least three reasons we can be fairly confident that “The Twelve Days of Christmas” wasn’t created by persecuted Elizabethan Catholics:

Why We Should Still Claim It

I have a few reasons we should still teach our kids about “The Twelve Days of Christmas”. First, just because the song wasn’t written for catechetical lessons doesn’t mean we can’t use it for them now. Personally, I’ve thought of at least some of the symbols every time I’ve heard the song since I first read about the supposed story. I even added a few.

Second, this song is just … not good. It’s annoying (although new versions are fun). Having a meaning assigned to it makes it a lot easier to sit through at your child’s Christmas concert. I’m only half-joking.

Third and more importantly, this song is a reminder that Christmas is not just one day. In many Christian denominations, Christmas ends at midnight on December 25. In the Catholic Faith, the Christmas season lasts from the vigil Mass on Christmas Eve until the Feast of the Baptism of the Lord, January 12 in 2020 (source). The first twelve days are packed with important feasts and solemnities that we really ought to celebrate, too.  These include:

Some of you might have grown up knowing this, but I didn’t know it until I was a grown woman. I went to Adoration service over Christmas break during my freshman year of college and thought it was strange that we sang “O Come Let Us Adore Him” a week after Christmas Day. Enough people complained that the music minister had to make an announcement. He actually referenced “The Twelve Days of Christmas” to get us to understand.

So even if the popular theory about “The Twelve Days of Christmas” is wrong, it can still serve a valuable role today. Most of the people reading this probably aren’t risking being literally drawn and quartered if they practice their faith (although there are undoubtedly many martyrs being made), but our U.S. parishes face many crises. One of these is a crisis of culture.

I mentioned the story of how I learned about the full season of Christmas because it’s funny, but there’s a darker truth to that story. That gymnasium was full of practicing Catholics who wanted to be at Adoration, and yet many of us still didn’t know that Christmas lasted for longer than a day. That’s a huge problem.

We’ve come up with lots of innovative ways to learn about the Faith through videos, study programs, books, and more in the past ten years. That’s all good and necessary, but we also need simpler means of transmitting the Faith. A silly counting song is a good place to start, especially if it reminds us that our True Love has gifts to give us this Christmas season.

The Stories Behind Our Most Beloved Christmas Carols

Continuing Christmas into the New Year