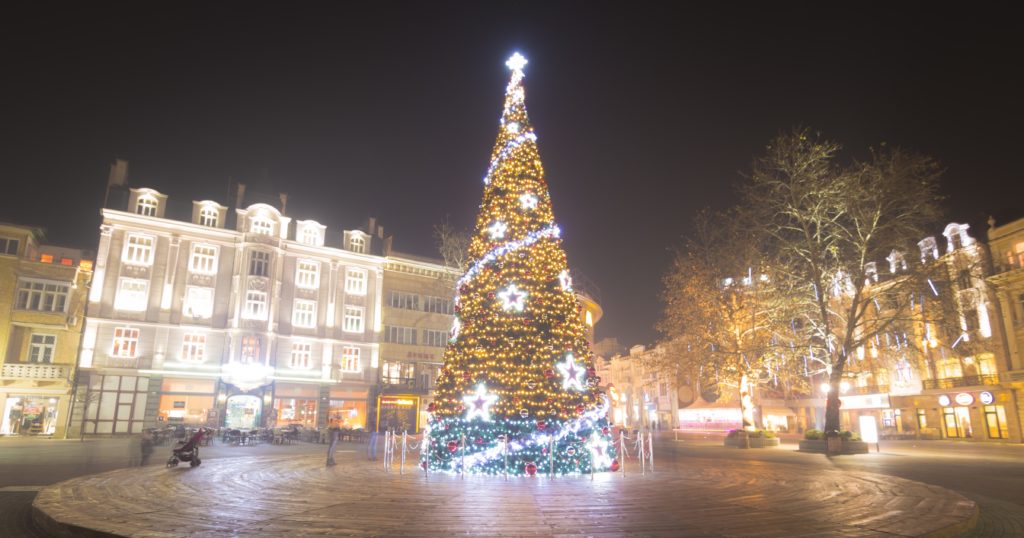 Whether you listen to Straight No Chaser’s 12 Days of Christmas mash-up or watch the loveable Fozzy Bear forget the seven swans, the Twelve Days of Christmas is a seasonal essential. Practically speaking though, it’s a burden.  The PNC Christmas Price Index estimates that with an 8.3 percent increase over last year in the cost of geese and a decrease of 9.1 percent in gold rings, the total cost for all 364 items comes in at $170,609.46.

In addition to the dizzying price comes the practical issue of what to do with all those birds and people. Granted, the drummers, pipers, lords, ladies (if it isn’t beneath them) and maids can help wrangle the animals—but that many birds presents quite a flight risk, even with people outnumbering them by forty. It all adds up to an expensive mess and a song that will haunt you.

Some have suggested that the Twelve Days of Christmas song came about as a memory aid for persecuted Catholics in England back in the day when the Catholics weren’t allowed to practice their faith. It is alleged that the various items stood as symbols for elements of the Catechism: for example the true love represents Christ, the two turtle doves represent the Old and New Testament, and the three French hens are representative of the virtues of faith, hope, and charity.

The Feasts of the 12 Days of Christmas

While this is a nice idea (who doesn’t like to reflect on how clever people shared their faith under trying times?), it’s also an urban myth. The catechetical elements supposedly being taught were not unique to the Catholic Faith and in fact shared by the Anglicans who were dominant in the late 1700s.  The birds, rings, and people also are not a reliable memory device. Golden rings don’t naturally remind us of the first five books of the Old Testament and swimming swans do not invoke images of gifts of the Holy Spirit. Additionally, people smarter than I have researched this and found no substantiation as to the veracity of this story (read this or even this).

The Twelve Days of Christmas, nevertheless, is a thing and as Catholics we can use the song to help us continue the Christmas celebration past December 25.

On December 26, we recognize the little known but interesting St. Stephen, patron of deacons, altar servers, bricklayers, stonemasons, and casket makers. St. Stephen became the first Christian martyr when he was stoned to death at the age of thirty-four. He was one of the first seven deacons ordained to continue the pastoral work of the apostles so they could spend more time teaching. He was accused of blasphemy by the Sanhedrin and responded by telling them of Israel’s disobedience. He preached that Jesus came to fulfill the law of Moses and he saw a vision of Jesus standing at God’s right hand. This was the final proof they needed to commence stoning.  Just before dying he cried out:

December 27 brings the Feast of St. John the Evangelist, son of Zebedee, brother to St. James, and patron of love, loyalty, friendships, and authors. St. John was the disciple whom Jesus loved and who spent extensive time at Jesus’ side. So beloved was he that Jesus asked him to care for his mother. St. John was one of the first to hear about Christ’s resurrection along with Peter and survived being submerged in a pot of boiling oil. He is given credit for saying “Little children, love one another” and is often represented holding a chalice with a dragon.

The Holy Innocents are remembered on December 28 and are the patrons of babies. The Holy Innocents are the baby boys under the age of two that Herod ordered killed. They are martyrs who gave their lives for the newborn Savior. Bodies of several of them are kept at St. Paul’s Outside the Walls in Rome. Others are kept at St. Justina in Padua and the cathedrals of Lisbon and Milan.

On the Sunday after Christmas, this year December 30, we recognize the Feast of the Holy Family and hear the story of the finding of Jesus in the temple.  We see the family of Jesus, Mary, and Joseph as a model for our own family. They are the original domestic church.

“It is here where the universal call to holiness, in all its real, earthy, humanness and ordinariness, is first issued” (Catholic.org).

January 1 is a holy day of obligation honoring Mary.  In 431 A.D. the Council of Ephesus defended the title of Mary as Mother of God and established the dual nature of Christ as human and divine. The person she gave birth to is both true God and true man. It is always a good idea to reflect on the gift of Mary’s fiat and her role in our salvation. Mary continues to act as a powerful intercessor for us, always pointing the way to her son.

The final celebration is the Epiphany on January 6 when the three wise men, or magi, representing the neighboring pagan religions, visit Jesus. The wise men are thought to be from the Persian priestly class. They initially went to Herod because he was the king of the Jews and it made sense that the new king would be his son. The feast of Epiphany celebrates this visit in addition to Jesus’ baptism and the wedding at Cana.

This year, after you place baby Jesus in the manger and clean up the Christmas detritus, remember there is more to come. It doesn’t require more gifts, cookies or songs, just some quiet reflection on those who came before us. Blessedly, for those of us Catholics, Christmas isn’t just one day. We get the beauty of the Advent preparation, the celebration of Our Lord’s birth and we keep on going for twelve more days when the wise men arrive. So every day, move those camels a little closer to Jesus and be thankful for the richness of this special holiday.

Merridith Frediani’s perfect day includes prayer, writing, unrushed morning coffee, reading, tending to dahlias, and playing Sheepshead with her husband and three teenagers.  She loves leading small faith groups for moms and looking for God in the silly and ordinary. She blogs and writes for her local Catholic Herald in Milwaukee.