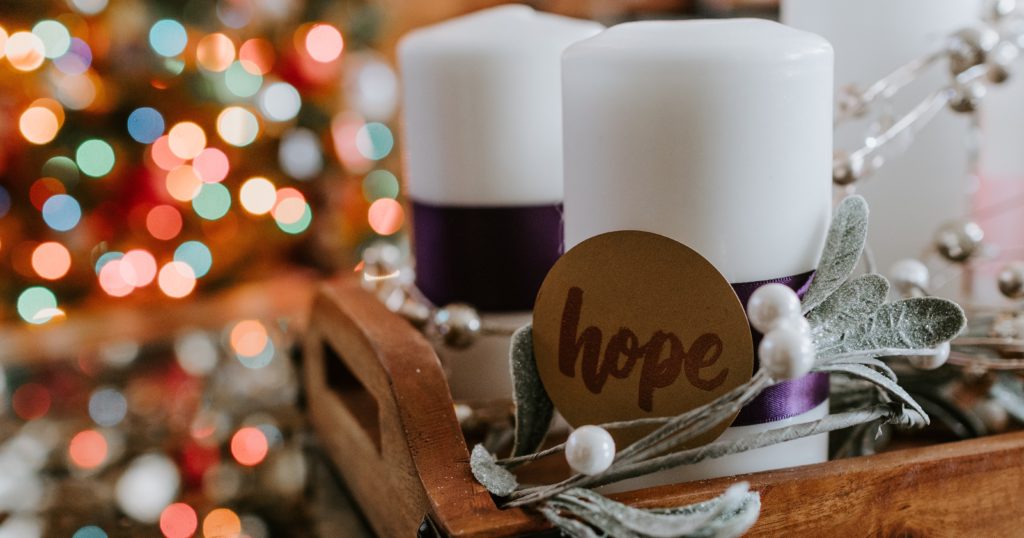 For much of the world the Christmas season has arrived; or I suppose one could say, it arrived several weeks ago!

While the secular celebration of Christmas begins earlier and earlier each year, we as Christians are asked to reel things back in a bit, in order to prepare for the actual Feast of our Lord Jesus’ Nativity. Whereas the world finds itself on a roller coaster, beginning around the night of October 31, slowly climbing up the tall mountain over the next two months only to find itself on the steepest of declines every December 26, the Christian is asked to prepare with the Advent season. No roller coasters in sight here, as we find ourselves on a much more serene bell curve.

The liturgical new year begins on the Feast of Christ the King, between November 20 and November 26 each year. We then begin the buildup for Christmas on the following weekend with the First Sunday of Advent, which then crescendos with Christmas Day, with a bell curve leading us slowly back down into Ordinary Time with the true twelve days of Christmas. The pacing of the Christian calendar helps us orient our focus on Christ much easier than the hustle and bustle of the commercialized Christmas season. And as we find ourselves just beginning our journey into Advent and Christmas, we would do well to look to the wisdom of the saints, both from times past and of more recent times. This way, we can refocus during this solemn time of Advent, in preparation for the awesome celebration of the Savior’s birth.

St. Josemaría Escrivá, the founder of Opus Dei in the mid-twentieth century, has left us with voluminous writings on the Christian life, particularly in regards to this season of Advent. In one sermon, St. Josemaría exhorts us to turn away from the evils of pride and sensuality, and to focus on our true vocation:

“On this first Sunday of Advent, when we begin to count the days separating us from the birth of the Savior … we have considered the reality of our Christian vocation: how our Lord has entrusted us with the mission of attracting other souls to sanctity, encouraging them to get close to him, to feel united to the Church, to extend the kingdom of God to all hearts. Jesus wants to see us dedicated, faithful, responsive. He wants us to love him. It is his desire that we be holy, very much his own.”

St. Josemaría’s words remind me of something I recently heard in a homily. During these weeks that lead up to Christmas, our culture seems to engage more in sensual pleasures. Company parties, feasts, shopping sprees. All these things cause distraction, taking our sights off what we’ve been called to do in the world, which is to be a contradiction of this current age. This is why Advent is such a perfect time to “extend the kingdom of God” to our friends and peers. Instead of indulging in all the various things that surround us in the commercialized Christmas season, we can live a bit more simply through increased fasting and prayer. Or if we must attend such functions before the true Christmas season begins, we can do more penitential acts during other days of the week. This way, our Lord will hopefully see us as dedicated, faithful and responsive to his will. St. Josemaría continues:

“This time of Advent is a time for hope. These great horizons of our Christian vocation, this unity of life built on the presence of God our Father, can and ought to be a daily reality. Ask our Lady, along with me, to make it come true. Try to imagine how she spent these months, waiting for her Son to be born. And our Lady, Holy Mary, will make of you alter Christus, ipse Christus: another Christ, Christ himself!”

Here we have the perfect example, and single boast of our human race, in the blessed Mother. Her life was certainly built on the presence of God, and we can experience that as well when we are oriented toward heavenly matters as opposed to the worldly matters of “the holiday season”. This time of Advent will afford us a great opportunity to be “another Christ” to the world. But before we can be another Christ to the world, we must first let our Lord transform our very beings.

This is something that the great Doctor of the Church, St. Bernard of Clairvaux, spoke about. Living during the twelfth century, St. Bernard wrote a series of sermons for Advent. Often called the last “Father of the Church” in the Christian West, his words are still relevant even as we experience the Advent season in the twenty-first century. He reminds us that we are in actuality preparing for “two advents”:

“It is fitting, my brethren, that we should celebrate this season of Advent with all possible devotion, rejoicing in so great a consolation, marveling at so great a condescension, inflamed with love by so great a manifestation of charity. But let us not think of that advent only whereby the Son of man has ‘come to seek and to save that which was lost,’ but also of that other by which He will come again and will take us to Himself. Would to God you kept these two advents constantly in your thoughts, revolving them in assiduous meditation, pondering in your hearts how much we have received by the first, how much we are promised at the second!”

The Advent season, then, helps us to bear in mind our ultimate destiny. It causes us to call to mind that, God-willing, we will at the end of our earthly lives be in union with our Lord for eternity. God came into the world to redeem the entire human race, but he will also come again as he promised us. To think about the Second Coming as we prepare to remember his First Coming brings everything full circle. Christ came into the world so that sin would have no reign over us. And when he returns again at the end of the world, he will bring all those that follow him into heaven, where only his love reigns supreme and where the effects of sin will be non-existent. This is what the season of Advent looks forward to in the truest sense. In the first Advent, God became man. But in the second Advent, when our Lord reunites our souls with our bodies, we as men will become like God. Truly, we must always ponder these two types of “advents”, especially at this time of the year.

But even if we turn our attention just to this “first Advent”, we’ll see that the Lord’s Nativity, which Advent anticipates, is not merely confined to one point in time, or to one culture in the past. Pope St. John Paul II explains in a beautiful homily he gave in 1988:

“In Advent we await an event which occurs in history and at the same time transcends it. As it does every year, this event will take place on the night of the Lord’s Birth. The shepherds will hasten to the stable in Bethlehem; later the Magi will arrive from the East. Both the one and the other in a certain sense symbolize the entire human family. The exhortation that rings out in today’s liturgy: ‘Let us go joyfully to meet the Lord’ spreads to all countries, to all continents, among every people and nation.”

The birth of our Lord and Savior is to be transmitted to all peoples across all points of time. This confirms exactly what St. Josemaría had mentioned above, that we “extend the kingdom of God” into the hearts of all those we encounter. St. John Paul has this in mind when he talks of the Nativity transcending time itself. Our own personal meeting with the Lord, and cultivating that relationship with him, causes us to preach the Good News to the world in our words and actions. Once we have found solace in Christ, how could we not want to share it? As he continues, St. John Paul II also finds himself in agreement with St. Bernard:

“In today’s Gospel we heard the Lord’s invitation to be watchful: ‘[Watch, therefore, for you do not know on what day your Lord is coming’ (Matthew 24:42) … The exhortation to be watchful resounds many times in the liturgy, especially in Advent, a season of preparation not only for Christmas, but also for Christ’s definitive and glorious coming at the end of time. It therefore has a distinctly eschatological meaning and invites the believer to spend every day and every moment in the presence of the One ‘who is and who was and who is come’ (Revelation 1:4), to whom the future of the world and of man belongs. This is Christian hope!”

We proclaim this hope every Sunday in the Nicene Creed. We look forward with a hopeful view to the resurrection of the dead, and that wonderful life of the world to come. We prepare for that in a very special way during Advent, being watchful for our Lord just as the shepherds and wise men were as they anticipated the Lord’s birth. This eschatological dimension of the Advent season must always be at the forefront of our minds. So instead of celebrating Christmas early this year, let’s think in sync with the great saints, and let Advent be Advent so we may more fruitfully contemplate that triumphant moment when we will be face to face with our Lord Jesus at the end of time in the heavenly kingdom.

Advent: Ready or Not, Here It Is!

Hail, Full of Grace: The Immaculate Conception Explained
Crazy, Twirly, Fist-Pumping Christmas Joy
WYD Krakow 2016: An Experience of Mercy
The Men Behind the Young Karol Wojtyla
Has Ascension's free media strengthened your faith?
You can now offer ongoing support for this content with a recurring gift.
Support Ascension