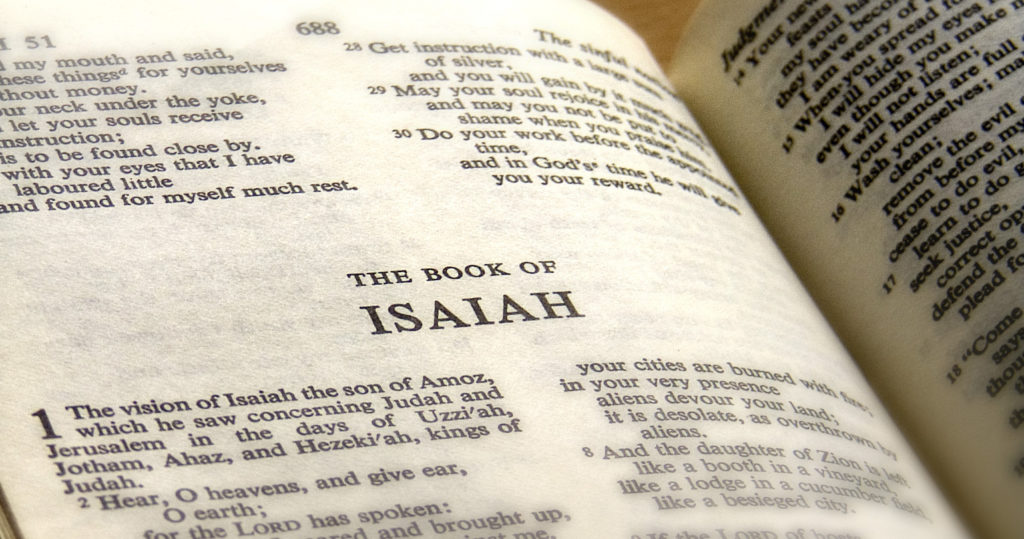 This is one of those fundamental questions that many never seem to ask. Yet the answer to it is crucial to our understanding of how God reveals himself to his people.

While the history of the Bible can get a bit complicated, the simple fact is that the Bible as we know it today was written and compiled over the span of nearly a thousand years. The books of the Old Testament were written mostly in Hebrew (with some Aramaic and Greek throw in), while the New Testament was written entirely in Greek, the common language of the day.

In a nutshell, God inspired certain men to write the books of the Bible we have today. Let’s look at some Scripture passages that affirm this:

“All scripture is inspired by God and profitable for teaching, for reproof, for correction, and for training in righteousness” (2 Timothy 3:16).

“And we have the prophetic word made more sure. You will do well to pay attention to this as to a lamp shining in a dark place, until the day dawns and the morning star rises in your hearts. First of all you must understand this, that no prophecy of scripture is a matter of one’s own interpretation, because no prophecy ever came by the impulse of man, but men moved by the Holy Spirit spoke from God” (2 Peter 1:19-21).

The Catechism of the Catholic Church reaffirms the same truth:

“For Holy Mother Church, relying on the faith of the apostolic age, accepts as sacred and canonical the books of the Old and the New Testaments, whole and entire, with all their parts, on the grounds that, written under the inspiration of the Holy Spirit, they have God as their author, and have been handed on as such to the Church herself” (CCC 105)

This paragraph is taken from the Vatican II document, Dogmatic Constitution of Divine Revelation (Dei Verbum), which goes on to say:

“In composing the sacred books, God chose men and while employed by Him they made use of their powers and abilities, so that with Him acting in them and through them, they, as true authors, consigned to writing everything and only those things which He wanted” (DV 11).

‘Who Has Spoken Through the Prophets’

Subsequently, the Catechism says quite conclusively:

“God is the author of Sacred Scripture because he inspired its human authors; he acts in them and by means of them. He thus gives assurance that their writings teach without error his saving truth” (CCC 136)

Without removing their freedom, God moved them to write what he wanted them to write. The primary author of the Bible, then, is God himself. The human authors remained true authors as well, in that they used their own particular abilities and gifts to convey without error those truths that God wanted to reveal to us. This is what is referred to as biblical inspiration. Thus, the Bible is truly the Word of God without ceasing to be the words of men.

We’ll end with the words of the Catechism in paragraph 702:

“From the beginning until ‘the fullness of time,’60 the joint mission of the Father’s Word and Spirit remains hidden, but it is at work. God’s Spirit prepares for the time of the Messiah. Neither is fully revealed but both are already promised, to be watched for and welcomed at their manifestation. So, for this reason, when the Church reads the Old Testament, she searches there for what the Spirit, ‘who has spoken through the prophets,’ wants to tell us about Christ.61

“By ‘prophets’ the faith of the Church here understands all whom the Holy Spirit inspired in living proclamation and the composition of the sacred books, both of the Old and the New Testaments.62”

This blog post has been adapted from the book, Did Adam and Eve Have Belly Buttons? by Matthew Pinto.

The Bible Is Inspired by God

The Ultimate Guide to Running a Catholic Bible Study (2019 Update)