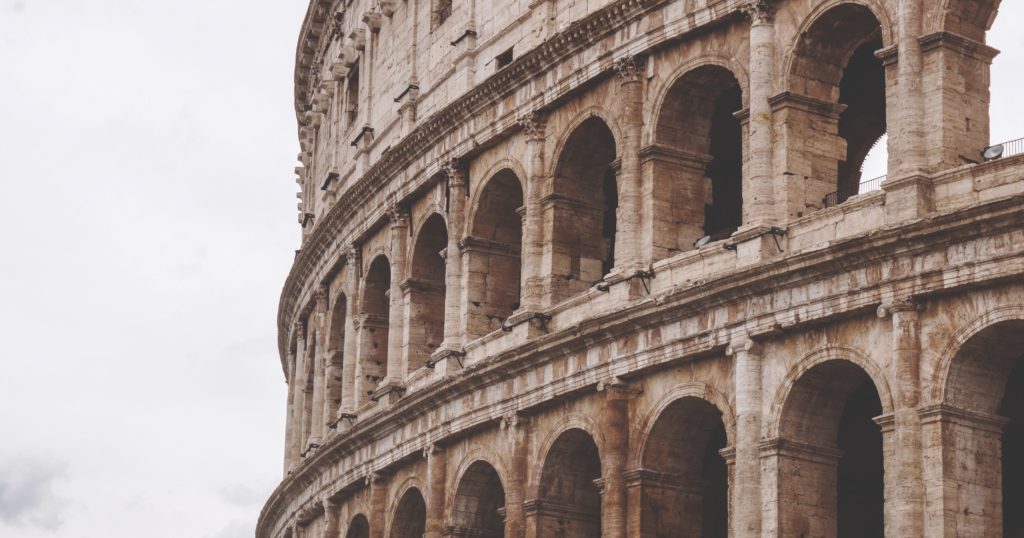 Famously, Martin Luther helped set the sixteenth-century Reformation in motion with his German translation of the New Testament, translating Romans 3:28 by adding the word “alone” to the passage, making it read:

“For we hold that a man is justified by faith alone, apart from works of the law.”

The problem is that the only time the words “faith” and “alone” are used together occurs in James 2:24—where the word “not” is placed before them:

“You see that a man is justified by works and not by faith alone.”

Are Paul and James in irreconcilable conflict, or is there something else going on?

For starters, it’s worth noting that Paul readily insists on the importance of good works for salvation. He uses the phrase “obedience of faith” at the beginning and end of his letter, as a sort of book-end to his entire teaching (see Romans 1:5; 16:26). In Romans 2:6, he writes:

“For he [God] will render to every man according to his works.”

And then a few verses later, he says:

The key, then, to seeing the compatibility of James and Paul (and the coherence of Paul within himself) is to identify what Paul means by “works of the law.” Is it simply the moral law—the command to perform acts of charity, as Jesus commands (see Matthew 25:31-46)? Or is it something else?

What Does Paul Mean by “Works of the Law”?

In Romans 1 and 2, Paul points to the universal plight of sin, affecting all humanity—both the Gentiles (see Romans 1:18-32) and Jews (see Romans 2). When Paul turns to phrases indicating the universality of sin (see Romans 3:23), he means both Jews and Gentiles. This is clear from Romans 3:9:

“Are we Jews any better off? No, not at all; for I have already charged that all men, both Jews and Greeks, are under the power of sin.”

This phrase (“works of the law”) occurs only in Galatians and Romans and in the Dead Sea Scrolls (which are roughly contemporaneous with Paul). In the Dead Sea Scrolls, this phrase primarily refers not to the moral law (in other words, acts of charity), but to the Jewish ritual and ceremonial concerns (for example, Jewish food laws and ritual calendar concerns). This, too, seems to be Paul’s primary meaning—for as we’ll see, the contrast for Paul is not so much between faith and obedience (see Romans 1:5), but faith versus circumcision, or the “works of the law.”

No More Need for Separation

In other words, what’s at issue is the giving way of Jewish ceremonial and ritual law, which in part had the purpose of separating Jews from Gentiles. With the coming of Christ, the time for separation is over—now the third promise to Abraham (worldwide blessing) can come to fruition, a promise which Paul identifies with the gospel itself (see Galatians 3:8).

This meaning becomes clear in Paul’s rhetorical question which immediately follows his reference to justification by faith. Here is the whole passage:

By Jesus’ day, things like circumcision, food laws, and Sabbath laws had become signs of Jewish identity, “covenant badges,” as some scholars have put it. That is, the Jews were not legalistic in the sense we often think: they did not think in terms of “earning” their salvation by performing good works and climbing a moral ladder to heaven (they were not like the Pelagians of the fifth-century).

The Jews of Jesus’ day were legalistic in terms of steadfastly maintaining their Jewish nationalistic identity—that’s why they had so much concern for maintaining ritual purity. The great fear of many Jews in Jesus’ day was assimilation—that they would lose their Jewish identity in the face of a dominant pagan culture all around them. This fear was certainly exacerbated by the persecution by the Greek king, Antiochus IV, which led to the Maccabean revolt (167-164 B.C.).

Do you want to know how to answer the question “Are you saved?” Watch this video where Dr. Swafford further explains God’s gift of salvation.

This Jewish separation from other nations was divinely-ordained for a time (see Leviticus 18:3; 20:23), in part due to Israel’s weakness. But the ultimate goal was for Israel to be “light to the nations” (see Isaiah 42:6). With the coming of Jesus and the gift of the Holy Spirit, it’s now time to fulfill the deepest aspects of Israel’s story—which included the gathering of the nations in praise and worship of the true and living God.

“Works of the law,” therefore, are things that divide Jew from Gentile (Such as circumcision, food laws, and Sabbath laws); for that reason, they must give way to the universality of faith in the New Covenant. Thus, the reconciliation between Paul and James (and Paul with himself) is to see that Paul does not pit faith against the moral law (in fact, Paul includes obedience within his conception of faith [1:5; 16:26]), but faith against the “works of the law” (in other words, the ceremonial/ritual law which divides Jew and Gentile).

Paul’s Use of the Abrahamic Narrative

Paul sees this dynamic at play in the story of Abraham. Paul cites Genesis 15:6, which describes Abraham as being justified by “faith” (Romans 4:3). At first glance, it might seem that this passage might reinforce Luther’s view of salvation by faith alone. But if Paul were saying that Abraham was justified (or saved) by his initial act of faith, he would have been better served to cite from Genesis 12:1-3, when Abraham first heard the call of the Lord and left his homeland in faith.

“Is this blessing pronounced only upon the circumcised, or also upon the uncircumcised? We say that faith was reckoned to Abraham as righteousness. How then was it reckoned to him? Was it before or after he had been circumcised? It was not after, but before he was circumcised.”

Does This Mean We Can Save Ourselves?

Paul expects a transformation to come about in the believer, but this transformation is through the work of the Holy Spirit (see Romans 2:28-29). “Justification” refers to our being re-established in right relationship with God; but we must remember that though there is a “legal” dimension here, it is at root a covenantal—which is to say familial—reality.

Salvation is not about a mere acquittal, as if we simply get out of the punishment we deserve. Rather, salvation is the gift of divine sonship—it’s about the Holy Spirit enabling us to share in the Eternal Sonship of Jesus. If we take this seriously, we’ll realize that moral perfection in the natural order couldn’t earn one drop of this grace. Salvation is the gift of divine life, enabling us to share in the very life of God. Atonement for sin is part of this dynamic, but it is not the end—the end is sharing in divine life (see CCC 457-460 and CCC 683).

As natural life is a gift which we did not “earn,” so too is supernatural life. But as we truly participate in the unfolding and maturation of our natural life, the same is true of our supernatural life. That is, while salvation is surely a gift, we are called to participate and cooperate with the unfolding of this gift within us. That’s why Paul can say elsewhere: “work out your own salvation with fear and trembling; for God is at work in you” (Philippians 2:12-13).

The Gift of Divine Life

Salvation, in a word, is a process—not a one-time event. It is the gift of new birth, leading to the maturation of this divine life. And we truly participate and cooperate in the unfolding and maturation of this divine life within us—that’s why Paul can insist on the obedience of faith (Romans 1:5; 16:26). Again, he expects a transformation to come about, but one which is the Holy Spirit’s work in us. That said, we can cooperate with the Holy Spirit, or we can stifle and suffocate the divine life within us.

In a subsequent post, we will continue to unpack Paul’s understanding of the dynamic of salvation and address how a Catholic ought to answer the question: Are you saved?

For now, let us seek to come to grips with the full reality of salvation—not merely as a juridical pardon, but adoption into the divine family and sharing in divine life. With the gift of this sublime grace, the Father looks down upon each of us and loves us as he loves his only-begotten son. Moral perfection in the natural order couldn’t earn this majestic grace in the slightest.

Do you we truly appreciate the grandeur of the salvation that’s been given to us?

Romans: The Gospel of Salvation

My Confessions: Reflections on Faith and Love
Commonly-Challenged Catholic Beliefs Defended (Using Not Just Scripture)
How Well Do You Know St. Paul's Letter to the Romans? QUIZ
Historical Context and Overview of St. Paul's Letter to Romans
Has Ascension's free media strengthened your faith?
You can now offer ongoing support for this content with a recurring gift.
Support Ascension