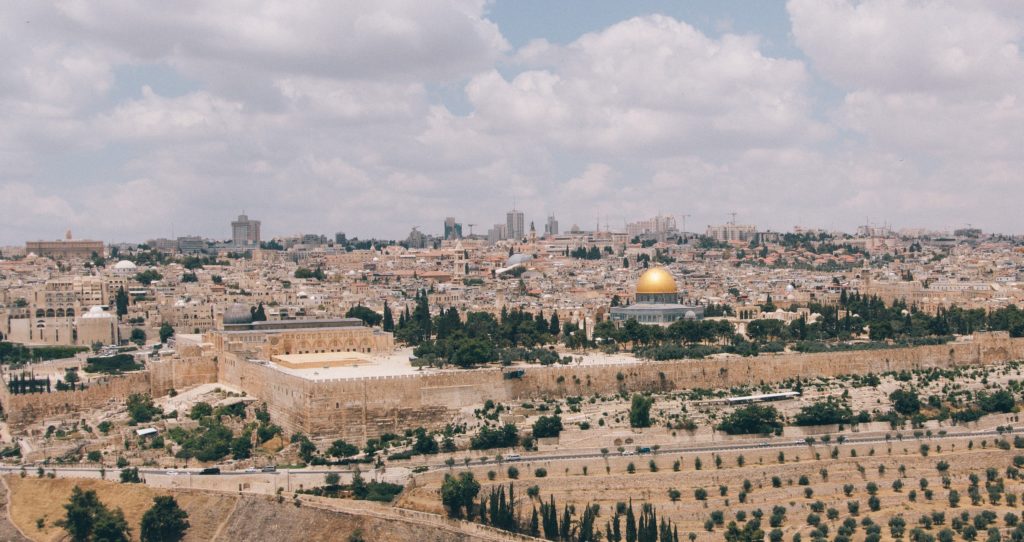 One seemingly insignificant act can change the world.

During one of our recent trips to the Holy Land, our group gathered in Capernaum, where Jesus healed the paralytic man after the man’s friends lowered him through a hole in the roof. Near that spot, Jeff (my husband) gave an encouraging talk about those friends, referred to simply as “they,” who brought the man to Jesus for healing.

(They are not named in the Bible, and so are only known as “they.”)

His talk made me think about a person in my life whose simple acts and decisions made a considerable impact in bringing people to the hope of the gospel through Great Adventure Bible studies.

A very quiet and reserved person who has never spoken in front of a group, or initiated an evangelization program or stood on a street corner to preach the gospel, has impacted the world by his quiet life.

That person is my father.

He is an adventurous man who was a fearless mountain climber, skier, hiker and traveler in his prime. He was born in Switzerland and came to the U.S. in his twenties, ending up in college in Minnesota where he met my mother.

Or should I say, she met him.

My mother was a vivacious, proverbial social butterfly with no problem engaging my shy father at a party as she practiced her German language with him and he his English.

In a matter of months they were so in love that they decided to marry and live in Switzerland after my father’s visa ran out. My older brother was born there during the four years they lived near Basel, but they returned to St. Paul, Minnesota to settle down and I was born there. My father worked in manufacturing, and when I was a teen, he found a new job in a suburb of Minneapolis, so we moved to Bloomington, Minnesota where I eventually started attending college near our home.

That was where I met Jeff, who is unlike my father in most every way, except they both enjoy mowing the lawn.

The seemingly insignificant decisions my father made to visit the U.S., and later to settle in Bloomington, are what brought Jeff and I together. The day our eyes met in anthropology class, a relationship formed that, in time, would become centered on the desire to spread the gospel.

I see my dad as one of those called “they,” who by his quiet, honest, loyal life has affected many people.

Dad is a big supporter of Jeff and I through the daily prayers he prays with my mother. He is always filled with joy when we share with him our latest adventure, book or Bible study.

My parents recently celebrated sixty years of marriage, and Jeff and I are extremely grateful for their faithfulness, prayers and encouragement for all these years.

My mother is still a vivacious and social woman, and has taught Bible and preached and encouraged so many in her life. But my dad, definitely one of the “they” crowd, has also impacted the world with his quiet presence.

The Power of Quiet People

If you feel you aren’t doing enough for the Kingdom of God because you don’t talk openly about the gospel to everyone you see, then be a supporter, encourager and faithful prayer warrior for those who do. Live a life faithful to the gospel, which is an important role in the Kingdom of God.

For every person that proclaims the gospel, there are people called “they” who showed Christ to them in the first place.

It could have been an act of love.

The example of a holy life.

A shared book or CD that directed them to the gospel.

Every action counts toward the Kingdom of God, so in all you do, do it in service to Christ.

The Value of Silence (podcast)

The Importance of Christian Community

This article was first published on The Great Adventure Blog July 3, 2014.