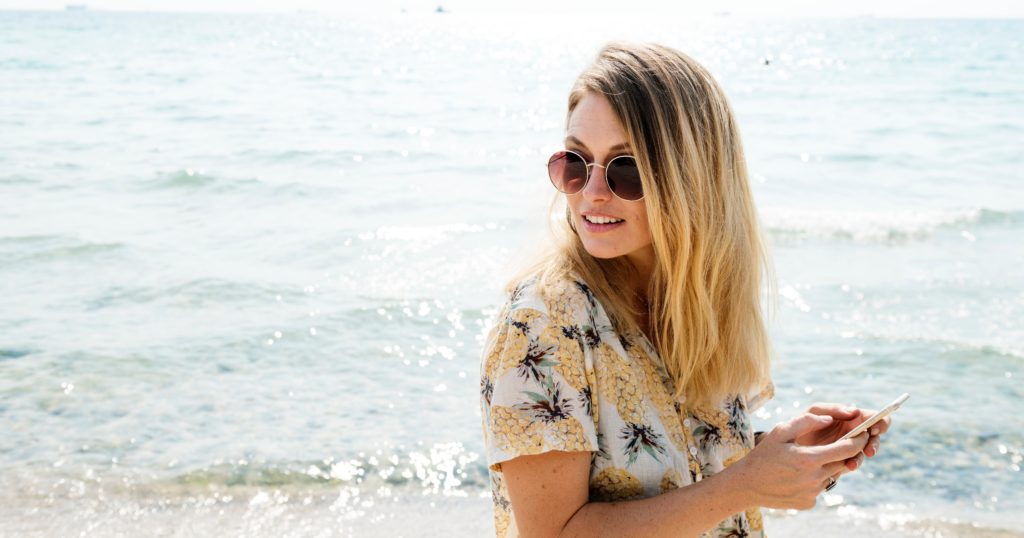 I recently entered the realm of having four teenagers, with two other younger, equally media- savvy kids following in their wake. Like many parents, I find myself repeatedly telling them to “get your head out of the [whatever digital device they are on at the moment].” It is usually their smart phone, which may actually be making them “dumb,” in the broad sense of the word.

Though all of my kids are active, they are outside much less often than my friends and I were at their age—when the distraction of electronic devices was limited to, literally, just seven channels on television. While they are polite and show concern for others, they increasingly live their lives within a “digital bubble.” If you are a parent, you have likely worried about this with your own kids. Take heart, though, because an emerging trend may offer hope.

I read an article in the Wall Street Journal with the headline, “Teens Who Say No to Social Media.” It highlights a small but growing trend of teens who are bucking the norm and abstaining from social media altogether. The following excerpts explain why:

The relentless pursuit of “likes” looks exhausting. “I think it takes too much time and kids get too absorbed,” says Annie Furman. …“I’d rather see my friends in person than tweet at them … I want to spend it in the real world.”

Katherine Silk shared, “I’ll be with friends eating, and they’ll say, ‘Let’s post this on Instagram!’ Sometimes I feel like saying, ‘You should be talking to me and the other people here, not posting things for people who may or may not care, just so you can get more likes.’

These two young ladies are onto something, and I think others are catching on as well, with an increasing number of people speaking about the negative side of too much connectivity.

Before I discuss three tendencies that can arise from always being connected, I offer this disclaimer: While it is easy to blame technology for our challenges, Pope Francis reminds us that:

“It is not technology which determines whether or not communication is authentic, but rather the human heart and our capacity to use wisely the means at our disposal.”

I offer these three items not to advocate that you put away your devices forever, but rather to call attention to areas where we can resolve to use today’s ubiquitous technology more intentionally and less automatically

1. The Addiction to the “Ding”

Many people have called dopamine the “happy” chemical. It is released in our brain whenever we experience something that—even if it is bad for us—elicits a good feeling. These experiences include exercise, playing music, or creating art. They also include unhealthy pursuits such as drug abuse or watching pornography. Research has shown that dopamine can also be released just from hearing the “ding” on our smart phone when we receive a text or email. The “ding” can become addictive and even anxiety producing, as we wait for a response from a friend or an after-hours message from our boss. Could modern increases in insomnia and use of anxiety and anti-depressant medications be a result of our incessant connectedness? These studies seem to support this idea.

2. The Inability to Reflect

In preparation for a television interview many years ago on the topic of identity, a Catholic psychologist­–friend offered me a valuable insight:

In other words, before one changes, one has to reflect that a change is needed to begin with. I think a key danger of our constant connectedness is that we are becoming incapable of meaningful reflective thought. This was a real concern with early critics of television, and modern connectedness dwarfs media habits of even twenty years ago. The important questions of life have become a casualty in all of this, as Pope Francis alludes to in his encyclical Laudato Si:

When media and the digital world become omnipresent, their influence can stop people from learning how to live wisely, to think deeply and to love generously. In this context, the great sages of the past run the risk of going unheard amid the noise and distractions of an information overload.

Smart devices almost inevitably fuel indulgence and self-centeredness. This danger became apparent to me on a flight I recently took to and from Detroit. As I sat in my window seat on both trips, my first impulse was to pop in my earbuds, lean my head against the plane wall, and shut out everything and everyone around me. In the past, I usually tried to engage the person in the next seat and have an enjoyable conversation. Many times, I used the occasion to share my faith. Now, with 1,600+ songs on my iPhone, I can veg in a world of 1980s songs and be entertained for two hours. Surely, this is not what God intends—for us to continually enter into our own little bubbles, becoming less and less aware of those around us.

But, as I mentioned, “reflection” is the genesis to change. My wife and I recently called for some change in our kids’ lives, and the call was heeded. It also proved successful. We read an article about digital addiction in kids. It spoke about the idea of a four-to-six week digital “detox.” With a head of steam, my wife and I took away the digital devices of our ten-year-old and thirteen-year-old sons … with no return date. I am happy to report that they have not had mental breakdowns. The rough-housing, including punches, have increased—but we are mostly thinking these are body-blows delivered in love which has come from their new-found communion. Another son initiated his own Instagram detox, and he gave us regular updates that all was just fine.

All this said, few would deny that media and electronic penetration into human lives will surely increase. This will likely make finding time to reflect even more of a challenge, but we must find that time.

Small Groups: An Ancient Idea for a Digital Age

Photo by rawpixel.com from Pexels