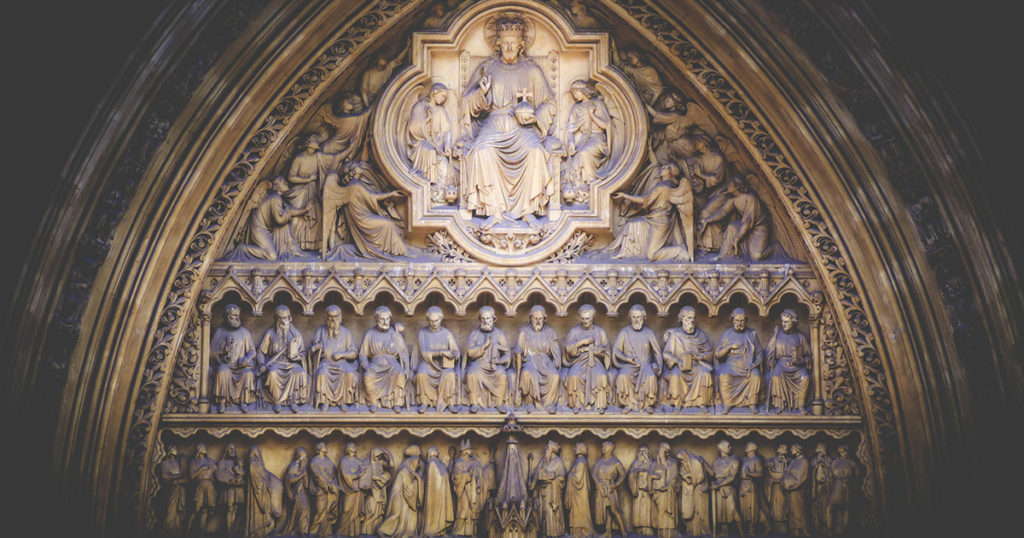 Last week, Pope Francis announced that the Vatican would be looking into “a further thorough study of the entire documentation present in the Archives of the Dicasteries and Offices of the Holy See regarding the former Cardinal McCarrick”. This also comes on the heels of another letter from Archbishop Carlo Maria Vigano, and a reply to that letter from Cardinal Marc Ouellet. For Catholics, particularly those in North America, it’s an understatement to say that these are trying times.

For many of you reading this, myself included, we were too young to remember the scandal that rocked the Church in 2002. I was in eighth grade, preparing for my confirmation. I was basically oblivious to what was happening, as were many of my classmates. Sure we heard some things on the news, but what thirteen-year-old had the time or willingness to sit and analyze any of that?

Now fast forward about fifteen years later. As a husband and father of three young children I have a lot more responsibility on my shoulders. I have a duty to pay attention to what’s going on. And like you, I’m furious at what has transpired. But through it all, I remain a Catholic Christian, not once thinking of leaving the Church. Why? Because I’ve made St. Peter’s words my own:

Judge the Faith by Those Who Live It

I have to be completely honest in saying that the last two months or so has led to a lot of anger; anger toward those that covered things up, anger at the sins and atrocities committed by those that are in Persona Christi at every Holy Mass, anger at the blasphemies against our Lord through the actions of those that have brought shame upon the entire Church. How does a Catholic pick up the pieces?

Thankfully, I do know some holy priests. I’ve been able to speak with them. Some have acted as my sounding board. Others have been frank with me in asking me questions and in answering mine. One of the things that keeps my feet planted firmly in the Church of Jesus Christ, the Catholic Church, are these holy men which truly represent the priesthood of Christ.

It was the Venerable Fulton J. Sheen who said:

“Judge the Catholic Church not by those who barely live by its spirit, but by the example of those who live closest to it.”

Christ Has the Words of Eternal Life

I’m not going to judge the Church by the example of Archbishop McCarrick and his ilk. The Catholic Church is best represented by her members that most reflect Jesus Christ. I think of saints who lived in modern times like St. Padre Pio, or Blessed Chiara Badano. I think of the priests that I know personally and the sacrifices they have endured in their lives. When a priest does something good and upright, you’re not going to hear about it in the news. “If it bleeds, it leads”, rings true in the figurative sense as well. No one wants to hear about the good and holy priests that are on the front lines every day. Instead, when the Church is wounded, and the hemorrhaging can’t be stopped, the stories we’ve been seeing will continue to be at the forefront. But despite all that, most of us know at least one priest that is good and holy. That priest should be a reason for all of us to cling ever more to Christ’s Church.

But even if we didn’t personally know such a priest, the main reason we must remain with the Catholic Church is because our Lord Jesus founded it. I have long been firmly convinced of the necessity of faith in Jesus Christ, his inseparability from the Church, and his promise that “the gates of hell will not prevail” (see Matthew 16:18).

Should I run to the Orthodox Church? The Lutherans? Evangelicals? Each of these churches and ecclesial communities have their own problems as well. As humans, we always have concupiscence with us, and that propensity toward sin. That’s why St. Peter’s words in the Gospel speak so clearly to me. It’s as if he pulled the words right out of my mouth. It was very fitting to me that while all this began blowing up, the Gospel readings being used at Mass were coming from John 6. While the focus of course is on the Holy Eucharist, St. Peter’s reply to our Lord was something that we all as Catholics really needed to hear:

“Jesus said to the twelve, ‘Will you also go away?’ Simon Peter answered him, ‘Lord, to whom shall we go? You have the words of eternal life; and we have believed, and have come to know, that you are the Holy One of God’” (John 6:67-69).

For some people, these recent scandals will push them completely away from our Lord’s Church. So it’s as if Jesus is saying:

“Are you going to leave me too because of this?”

But if Jesus really does have the words of eternal life, and he promised that the Church he built on Peter, the rock, would never fall, then how can we doubt him now? Do we have so little trust in Jesus? Our faith isn’t put in men. Our faith is in Jesus Christ, and the actions of sinful men should not make us start doubting Jesus.

By way of analogy, we all have heard the stories of police officers becoming corrupted and even committing heinous crimes themselves; the so-called “dirty cops”. But does that mean that we must lose trust in our law enforcement completely? Of course not! How much more faith should we put in Jesus then? He himself is God, and we must take his words seriously. To doubt in the Church now is tantamount to calling Jesus a liar. It’s saying that he broke his promise to us, which is that his Church would always be the one to prevail.

Make Sacrifices in These Trying Times

Obviously, some of the Church’s members may fail, but we have the Deposit of Faith. We have the one true Faith passed on from the time of the apostles. If we walk away from Christ’s Bride, then we lose every bit of that. That includes the Blessed Sacrament, the Eucharist. How could we give that up? For all these reasons, I remain Catholic. There are so many other reasons, but we see that these things are most essential.

If we do find ourselves becoming despondent with all the news swirling around, then that is a clear indication that we need to entrust all these things in our hearts to prayer. When challenged by others, perhaps asking why we remain in a Church that is so corrupt, remind them that our faith is in Jesus, not in men. If Jesus is God, as he claims to be, then we know he cannot be corrupted.

The Church, despite her blemishes, is still holy precisely because she is mystically united to Christ. And since we each make up a portion of that Church, we also play a part in making it holy. Instead of letting everything regarding the scandals shape people’s opinions, let us allow our own examples to be a credible witness to the world, and let us continue to pray and make sacrifices on behalf of the universal Church.

Faith is Not Something You Can Lose