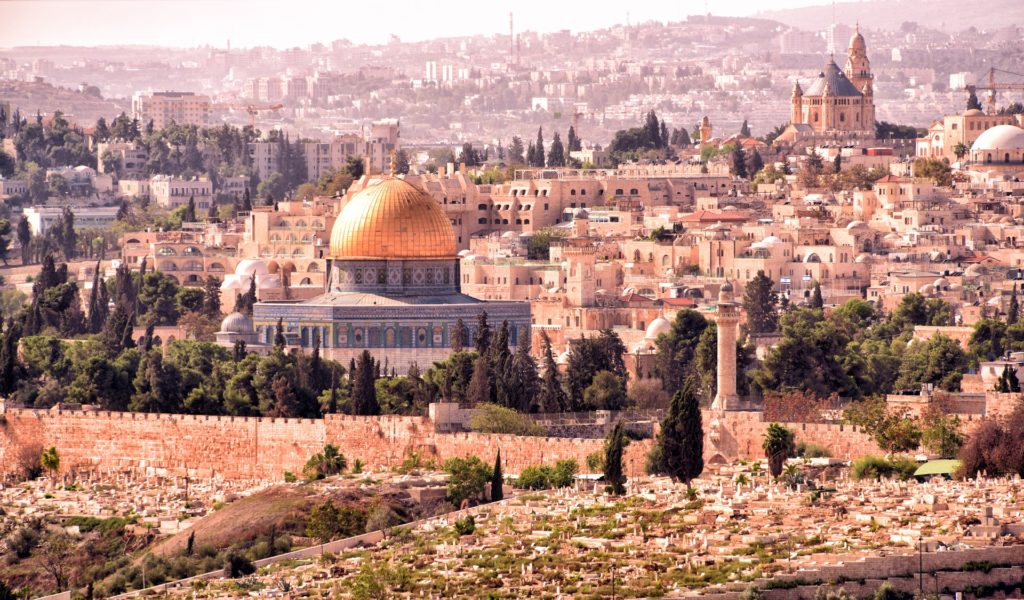 The name “Herod” evokes a visceral emotion each time we read the Bible story of how he tried to get the Wisemen to tell him the whereabouts of the baby King of the Jews. The Wisemen knew that Herod was not the sort to honor another king, so how was it that Herod actual did?

When reading the Bible, we run into several rulers named Herod and they all blend together into one evil villain. The Herod that was responsible for killing the innocent babies in Bethlehem is also known as Herod the Great because of his massive building projects. His father was Herod Antipater who was a convert to Judaism, due to politics rather than religious conviction. Antipater was the beginning of the Herodean Dynasty that spanned roughly 150 years (47 BC to 100 AD), ending with Herod Agrippa II, whom the Apostle Paul preaches to in Acts 25-26.

Herod the Great was born in the city of Maresha, in the area south of modern day Israel known as Idumea in New Testament times. As a young man he lived for a time in Petra and in Rome and was highly influenced by the monumental buildings he saw in both places. From the moment he became King of Judea by appointment of the Roman Senate, Herod began a massive building campaign all over Judea and surrounding areas, including personal palaces at Jericho and Masada, fortresses as at Herodean near Bethlehem, massive tombs such as the Tomb of the Patriarchs in Hebron and one for himself at Herodean, several temples for Caesar and most familiarly to Bible readers, the Temple in Jerusalem. This was a massive project to beautify the existing Temple reconstructed by Zerubbabel during the Period of the Return. Herod also built entire cities, most notably the port city of Caesarea Maritima near the Old Testament city of Joppa and the city of Sabaste in the region of Samaria.

Unintended Praise of the True King

Any pilgrimage to the Holy Land will visit or see some remains of what Herod built. His mark as a builder is undeniable. However, he is most remembered as a ruler with the paranoia that his power would be usurped, which led to him kill even members of his family whom he suspected of a conspiring against him. Bible readers associate him with the worst crimes anyone could commit: killing the male babies of an entire city in the attempt to wipe out the threat of another King of the Jews.

In his desperate attempt to appease his Jewish subjects so they would not rebel against him, he made the Temple in Jerusalem one of the most magnificent structures in all of the Roman Province of Palestina. As Jewish pilgrims gazed upon it from nearby hills, the splendor must have filled them with awe. And then to enter the complex and see the massive stones of the Temple platform, the detailed floral carvings on the ceilings of the staircases, the soaring stone pillars and the gold accents on the Temple itself, a person could not help but think of Herod’s ingenuity.

It is ironic that Herod worked so diligently for years to finish the project, which extended long after his death, but just in time for Jesus to enter the scene. Many of the important accounts of Jesus and the disciples teaching occur in front of this newly constructed edifice. All the grandeur that Herod intended for himself was bestowed on Jesus as he instituted the Kingdom of Heaven right there. At the steps of the Temple Mount, thousands of believers in Christ were baptized in the Jewish ritual baths. The new subjects of a new king were initiated right there in the shadow of the Temple platform built by Herod. Herod didn’t know it, but he built the Temple for the true King of Kings.

God received the glory for what Herod tried to do for himself. Not long after the Temple was completed, it was completely destroyed by the Roman general Titus and his army in 70 AD, just as Jesus had predicted in Mark 13:2:

“Do you see these great buildings? There will not be left here one stone upon another.”

The Temple stood in its glory just long enough to glorify the King of the Universe.

5 Reasons Why Jesus’ Miracles Were Unique for Their Time

Was Jesus Prejudiced Against Canaanites?