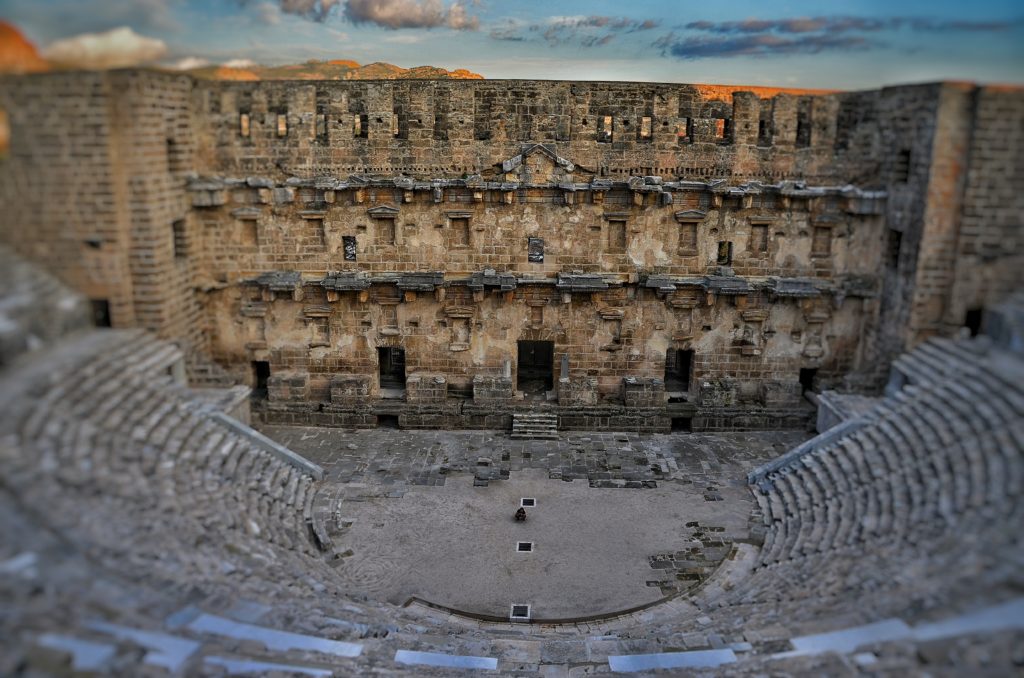 Jesus’ miracles are different than the presentation of miracles in Hellenistic writings or in the Old Testament.

Jesus’s miracles are not only portrayed as direct manifestations of his divine power, but perhaps even more strikingly, as the initiation of the Kingdom of God and the vanquishing of Satan.

1) Jesus does miracles by his own authority.

The Old Testament prophets did not do anything like this, but believed themselves to be only mediators of God’s power, and so they had to petition God to help them and work through them.

Indeed, the greatest prophetic miracle workers of the Old Testament—Elijah and Elisha — would not have dared to make the claim that the power of God resided in them.

2) Jesus’ miracles actualize the coming of the kingdom and the vanquishing of evil.

Jesus’ miracles actualized the kingdom of God. They did so by vanquishing the power of Satan in the world.

This interpretation is not only integral to virtually every miracle story in the Gospels, but also explicitly mentioned in the primitive Church’s kerygmas.

“Jesus is accomplishing something no one has ever done before since Adam’s sin yielded to Satan’s dominion over this world.”

3) Jesus is not a wonder-worker or magician in either the pagan or Jewish sense.

Though it is popularly believed that there were a large number of miracle-workers at the time of Jesus, there is little evidence for this.

Furthermore, among the accounts of miracle-workers, none resemble Jesus in either style or purpose.

The Gospel writers not only avoid the portrayal of Jesus as a worker of “astonishing deeds,” Jesus himself is portrayed as shunning such a purpose. Indeed, when Herod, the Pharisees, and the devil ask Jesus to work a miracle for no other purpose than to show off his power, he refuses to do so. The uniqueness of Jesus Christ in this matter is striking.

Moreover, the term “magic” is never used to describe Jesus’ activity by his disciples, the Jewish authorities, the early Church, Jesus’ fiercest critics, or Jesus himself.

Furthermore, if Jesus were to have been accused of magic, it would have carried a very pejorative connotation within the Jewish culture of his time, and even after his death. However, the New Testament accounts militate against this interpretation by continuously noting that Jesus’ miracles are greeted with amazement and praise by his Jewish audience (while magic would have been viewed quite negatively).

Unlike both the pagan and Jewish miracle-workers of the time, Jesus integrated teaching into his miraculous deeds.

His miracle accounts in the Gospels included lessons about faith, the forgiveness of sins, seeing through the eyes of faith, giving thanks, the kingdom of God, salvation for the Gentiles, and even the Holy Eucharist.

Or looked at from the other direction, Jesus is a rabbinical teacher who amplifies his teaching with deeds of power and wonder.

5) The faith/freedom of the recipient is integral to the miraculous deed.

Unlike pagan and Jewish miracle-workers of the time, Jesus used miracles to call forth faith.

The oft-repeated lines, “Go now, your faith has saved you,” or “Do you believe that I can do this?” move the recipient of the miracle beyond a physical healing to faith and ultimately toward salvation.

Notice that this call to faith involves the highest use of the recipient’s freedom.

Jesus wants the recipients in their freedom to enter into a life of salvation through the vehicle of his deed of power. The miracle-workers of Jesus’ time do not have this intention.

These five unique aspects of Jesus’ miracles reveal that the Gospel writers are not “competing” with other miracle-workers, or even trying to “show off” the astonishing power of Jesus.

Rather, they were trying to convey Jesus’ intentions, to initiate the Kingdom of God and vanquish Satan in the world, in a remarkably restrained and humble way.  In other words, they provide compelling evidence for the uniqueness of Jesus Christ.

This article was originally published on the Magis Center blog.

Photo by ugur uğur from Pexels

Science and Miracles: The Intercession of Archbishop Fulton Sheen

Joseph Miller is the Executive Director of the Magis Center.

Digging out of Depression
What Makes the Transfiguration Central to the Faith
Has Ascension's free media strengthened your faith?
You can now offer ongoing support for this content with a recurring gift.
Support Ascension