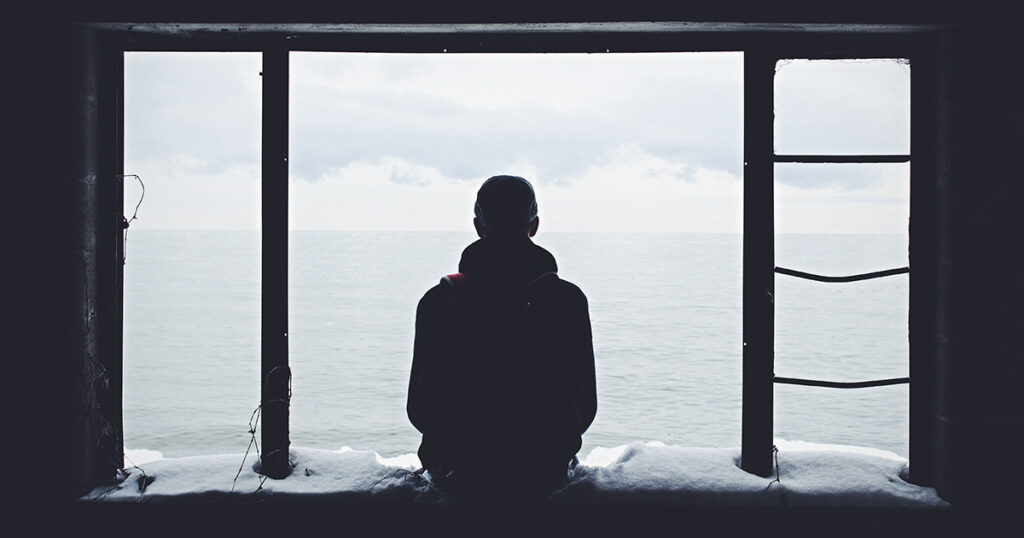 Over the years, I have found that many believing Catholics struggle with the reality of hell. First, we should be clear about what the Church teaches: Hell is real and eternal, and its chief punishment is a permanent separation from God, the ultimate good who alone can make us truly happy (see Catechism of the Catholic Church, 1035). So, the chief pain is not “fire,” but the permanent unfulfillment of our deepest desires.

We should also be clear that most of our imagery on hell comes straight from the lips of Jesus (see Matthew 5:22, 29; 10:28; 13:42, 50; 25:31-46; Mark 9:43-48); that is, hell is decidedly not primarily an “Old Testament” concept. Rather, the movement from the Old to the New is a movement from the earthly to the heavenly; so while earthly rewards and earthly punishments often dominate the Old, these foreshadow the prospects of eternal life and eternal death (i.e., heaven and hell) in the New.

Jesus is very clear and very serious about the possibility of hell for each of us:

We make a grave pastoral and spiritual mistake if we do not fear (and teach) the reality of hell. We don’t need to calculate or estimate how many will be saved; but we do need to hold before our minds and hearts the reality that hell is a real possibility for me, if I do not persevere in charity—for to die in a state of unrepentant mortal sin is to place myself in hell (see CCC 1033).

The time for our choice is now, and at death that path becomes fixed. As C.S. Lewis famously said in The Great Divorce:

Strictly speaking, God doesn’t “send” people to hell; he respects their choice to prefer hell to an eternal union with him. And that choice is made in this life.

But how can we better understand the internal logic of the reality of hell and how it fits with God’s loving providence?

The Reality of Heaven

We often think of heaven simply as a “place” in which those who have their ticket punched may enter. We imagine God as the manager standing at a turnstile, making sure no one gets in without the properly purchased entry fee and ticket. And this causes great confusion (and consternation) regarding hell because we inevitably ask, “Why can’t he just let everyone in?”

But heaven is different than this. Heaven is a perfect union with God and with all the saints and angels which fulfills the deepest longings of our heart (see CCC 1024). Revelation 21:27 teaches that “nothing unclean” can enter heaven. This is not because God doesn’t want anything unclean around him, as if it were the result of a whimsical choice. Rather, it follows on the very nature of things: any vestige of sin that remains will—because of the very nature of God himself—preclude our full union with him.

This is also the logic behind purgatory: God wants not only to forgive our sins, but to heal and transform us; so the temporal consequences of sin (the way in which our sin has wounded us) must be dealt with in order to make our union with God complete and our happiness full (see CCC 1472).

In order for this to happen, we must be healed and transformed. In other words, if we have not become the kind of transformed creatures who have become new creations in Christ and are able to unite fully with him, we cannot enter heaven—not because God doesn’t want us there, but because of the very nature of things. Not being able to enter heaven is not like God saying, “You can’t go to the mall today,” but more like him saying, “you’re not able to run a six-minute mile.” No matter how much he might want us to be able to run the mile in that time—it wouldn’t make a difference because we are not yet transformed enough (not in good enough shape) to enter fully into that kind of race, that is, to enter fully into this kind of union with him and the saints.

Light from the Ancients

In Plato’s Apology, which recounts the death of Socrates, Socrates points out some amazing and profound moral truths. The crowd is about to put him to death and he refers to two runners, one which has caught him and the other which has caught the crowd. The “runner” that has caught him is death, the slower of the two; and the “runner” that has caught the crowd is wickedness, the faster of the two and therefore the harder to avoid. Socrates then goes on to say that the crowd, in this unjust action, will be more wounded than he. Given that they are about to put him to death, this is a remarkably strange comment. His meaning, however, is this: they are about to wound his body by putting him to death; but those in the crowd are about to wound their souls by performing an act of wickedness. For Socrates, better to be murdered than to murder.

What many ancients saw is that in and through every moral act, we are modifying our very selves. A given moral act is not external to who we are and who we are becoming. Rather, our character is being shaped in the process, making the moral life a journey of becoming a certain kind of person. Like acts produce a like a character—i.e., virtuous acts produce a virtuous person, just as practice and training makes an athlete into a certain kind of player, one who is consistent and reliable and can perform actions freely, promptly, and with a seemingly effortless joy.

Aristotle saw the same truth; in fact, Aristotle pointed out that eventually our character becomes so fixed that we can no longer undo what we have become—he even compares it to throwing a stone: once someone’s character has become more and more fixed (once the stone has been thrown), we cannot call it back:

“Just as it was up to someone to throw a stone, since the principle was up to him, though he can no longer take it back once he has thrown it. Similarly, then, the person who is now unjust or intemperate was originally free not to acquire this character, so that he has it willingly, though once he has acquired the character, he is no longer free not to have it now.”—Aristotle

Now of course Aristotle doesn’t know the power of the grace of Christ. Yet in principle, he is right: the longer and more entrenched we are in a bad habit, the more difficult it will be to break.

By our cooperation with grace in this life, growing in the four cardinal virtues (prudence, justice, courage, and temperance) and the three theological virtues (faith, hope, and love), we become fit for heaven; we become the kind of creatures that are able to unite with God—that is, heaven becomes possible for us.

Conversely, if we are not fit for heaven, the forced union with God would then be a source of immense suffering. In this light, Fulton Sheen comments in Go to Heaven:

“If it [the soul] sees itself irremediably vitiated, having no likeness whatever to the purity and holiness of God; if it has lost all affection for the things of the spirit, then it could no more endure the presence of God than a man who abhors beauty could endure the pleasure of music, art, and poetry. Why, heaven would be hell to such a soul, for it would be as much out of place in the holiness of heaven as a fish out of water.”

Imagine someone who lived their whole life in a dark cave, and then was forced to stare into the sun: this would be immensely painful and even cruel. In this sense, it is God’s mercy that allows the soul to remain in hell for eternity, for the soul would suffer far worse in heaven.

And because God respects the order he has created, an order which has its root in divine wisdom itself, the soul is by nature immortal and incorruptible. That which is material can be broken apart; but the soul has no parts. Therefore, the soul is immortal. This is why hell is eternal.

The character of our soul is formed through each and every choice we make. At death, God respects eternally the state of the soul upon death, a state which becomes permanent upon death because the soul has left the changing realm of time and has entered the permanence of eternity.

How can we better appreciate the character-shaping drama of our life and become the people we are truly destined to be?

Furnace of Divine Love: The Biblical Roots of Purgatory

Heaven: You’re Not Good Enough (and why that’s okay)

Dr. Andrew Swafford is associate professor of theology at Benedictine College. He is general editor and contributor to The Great Adventure Catholic Bible published by Ascension, presenter of the Bible study Romans: The Gospel of Salvation (and author of the companion book), also by Ascension, and presenter of Hebrews: The New and Eternal Covenant Bible study. Andrew is author of Nature and Grace, John Paul II to Aristotle and Back Again, and Spiritual Survival in the Modern World. He holds a doctorate in sacred theology from the University of St. Mary of the Lake and a master’s degree in Old Testament & Semitic Languages from Trinity Evangelical Divinity School. He is member of the Society of Biblical Literature, Academy of Catholic Theology, and a senior fellow at the St. Paul Center for Biblical Theology. He lives with his wife Sarah and their five children in Atchison, Kansas. Follow him on Twitter: @andrew_swafford.