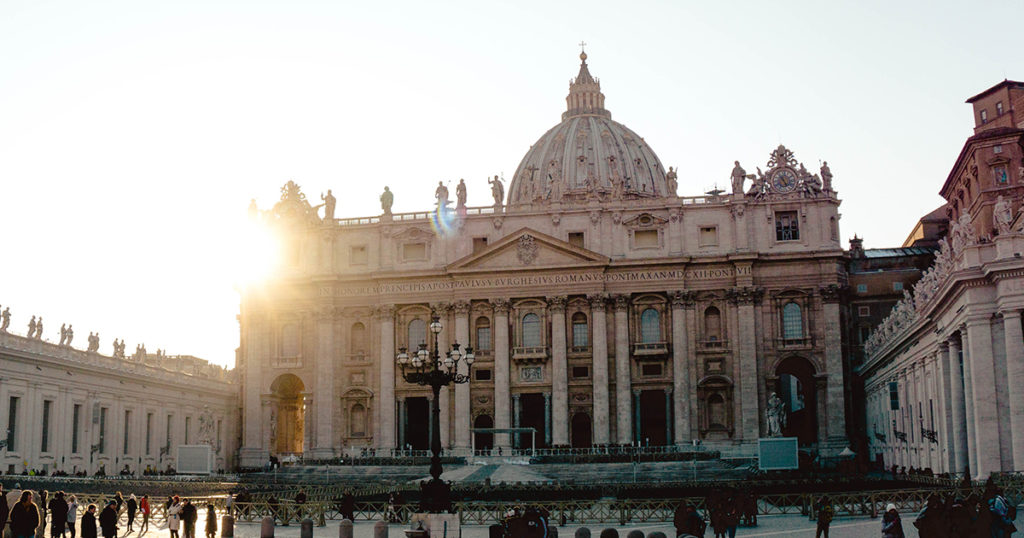 Half a century ago this summer, the world witnessed the strength and conviction of Blessed Pope Paul VI, who despite the pressure of a culture fascinated with a new contraceptive technology, held fast to old ways. In a transient “society of the immediate”, Paul VI was pointing us to our deeper roots; to those ancient truths about the human person and the plan of God written in Genesis.

In this five-part series, we will explore just how perennial and prophetic the words of Blessed Paul VI were in his landmark letter, On Human Life. The need to heed and be attentive to Humanae Vitae’s invitation to the “bigger picture” of the human drama has never been more imperative than now. We live in a culture that has not only separated the procreative meaning of the body from the unitive, but the very definition of a person from their bodily existence. What God has joined we have most certainly put asunder. We need to find our way home.

The next four articles will break down the four warnings Blessed Paul VI spoke should contraception, and in particular the contraceptive pill, be allowed and encouraged. These prophecies, all chillingly fulfilled, are found in section 17 of Blessed Paul VI’s Humanae Vitae (HV). He wrote that:

In the opening section of this simple yet profound exhortation, the heart of this good shepherd and that of the Church are revealed:

”The recent course of human society and the concomitant changes have provoked new questions. The Church cannot ignore these questions, for they concern matters intimately connected with the life and happiness of human beings.”

As we will see, at the heart of HV is this hope for our happiness. And for Mother Church, our happiness is always deeply tied to our wholeness, to the whole person. As Paul VI wrote in section 7:

“The question of human procreation, like every other question which touches human life, involves more than the limited aspects specific to such disciplines as biology, psychology, demography or sociology. It is the whole man and the whole mission to which he is called that must be considered: both its natural, earthly aspects and its supernatural, eternal aspects.”

Promises of happiness were also offered by the promoters of contraception back in the early 1960’s; assurances that the Pill would bring peace and stability to marriages and families. And yet we find ourselves surrounded by a culture of broken marriages and fatherless families, full of sexual license and sexual addictions at an unprecedented number. It’s time to hearken to Humanae Vitae. It’s time for this prodigal society to come home.

In the next part of this series, I will explore the first of Pope Paul VI’s prophecies.

This article was first published on the Theology of the Body Institute’s website (tobinstitute.org). It has been republished here with their permission.

Does Marriage Have a Home Among Millennials?

The Rosary, Working on Sundays, and NFP