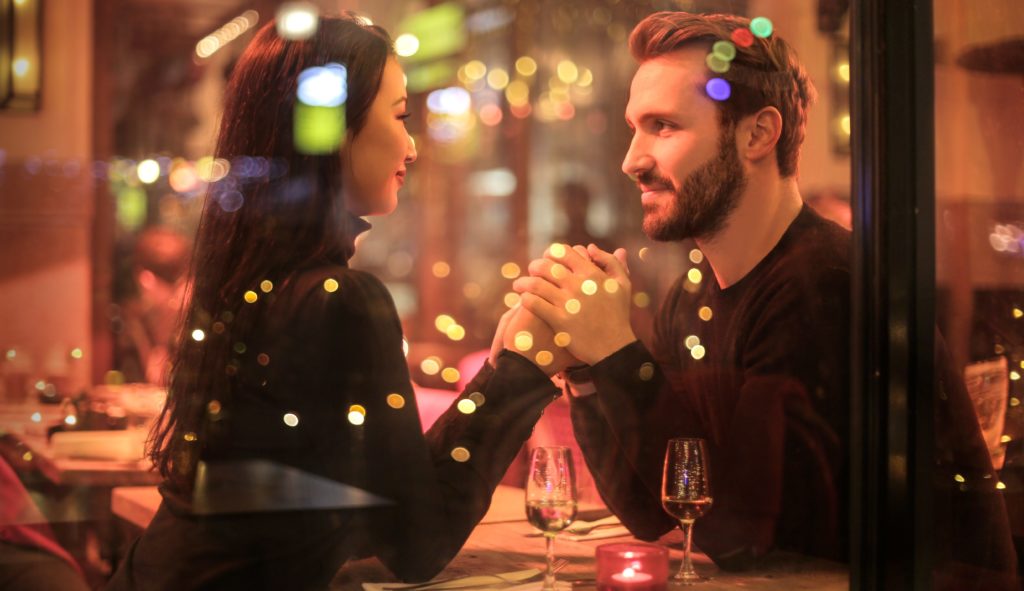 The Dating Project, a one-day theater event, will be in select theaters April 17. The documentary examines why commitment seems so elusive for some. Get you tickets here.

This article was first published on CatholicDigest.com.

If you have a child or grandchild in their 20s or 30s, you’ve certainly heard about dating woes. Instead of dating and taking the path to a possible marriage, some are hooking up—a vague term that means anything from hanging out, to making out, to having sex with no strings attached.

The U.S. Census Bureau says that in 2016 there were 63.5 percent of unmarried residents age 18 or older who had never been married.

A new documentary from Paulist Productions, The Dating Project, with a one-day nationwide release in select theaters on April 17, delves deep into why young adults can’t — or won’t — date. The film follows five singles ranging in age from 20 to 40 who are grappling with commitment.

Woven through the storyline is Boston College professor Kerry Cronin’s discussion of her “dating assignment.” A Catholic, Cronin is known on campus as “the dating prof” because students get extra credit for going on a traditional date. Cronin began the “dating assignment” when she realized that college students no longer knew how to date casually because the script or rules for dating no longer existed.

“When I talk to young adults and high school students, it’s amazing to me how little common sense they have about dating. I think it’s because there’s a more assertive, aggressive hookup culture that’s taken hold,” she explains.

To teach them how to date, she presents students with a dating script that works like manners, so they know what they are doing and what to expect. To fulfill the assignment, a student must ask someone out in person, declare it a date, and pay for it among other reasonable requirements. It seems simple enough, but Cronin says it’s extremely difficult for students.

Cronin spoke with Catholic Digest about the reasons why our culture no longer has a dating script, how parents and grandparents can help reverse the hookup culture, whether every Catholic college needs a dating 101 course, and other issues.

What happened to the dating script, and how did we get to this crisis in dating?

Students ask me all of the time, “Wasn’t hooking up around when you were in college?” In the late 80s — when I was in college — we had the hookup culture, too, but it wasn’t the script.

However, in colleges and universities, the keg party script overwhelmed dating. I think the party culture spilled over life outside of college.

When did dating crisis begin?

Do young people want to date?

Yes, but they just don’t have any idea how. I find that they are open to coaching, and they want someone to tell them there’s another way.

A lot of young adults are scared off by the drama of dating. I say to students all of the time, “If you knew how to break up better, you would be willing to date more.”

“Dating is practice for divorce.” Have you heard this adage?

[Cronin laughs.] I’ve heard that from students who were influenced by the Christian “Why I kissed dating goodbye” movement, which came out of the 80s and 90s. The assumption is that you should only date if you’re ready to get married, and you should only date the person who you are going to marry. I think that flies in the face of lot of what we know about developmental psychology, what we know about hormones, and the ways we learn about relationships.

Cataclysmic breakups are what scares people off from what I would consider casual, healthy dating. Part of that is because we bring a lot of physical intimacy into our relationships way too early. Then the end of the relationship is devastating because we’re taking back all of these promises we’ve made with our bodies.

What can parents and grandparents do to reverse the tide of the hookup culture?

One of the sad things that I have heard from a lot of young adults is that their parents tell them not to date and that dating is something that you are going to do after you get your degree and your career going. 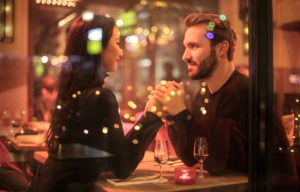 The problem is we have a lot of 29- or 30-year-olds who are 14 in terms of dating. They don’t have the skills that are built through healthy, casual dating. Skills like knowing what you want or don’t want in a relationship, what are ways of breaking up that are OK, and that if someone breaks up with you, you’re going to be fine.

There’s a lot to be learned both about other people and ourselves in all kinds of relationships, and trying to shut down dating is counterproductive. I think it would better for parents and grandparents to tell lots of stories about their own dating mishaps. They should also talk about great relationships that didn’t turn into marriage. We tend to hide that.

Do you think that serious dating sites like CatholicMatch.com and CatholicSingles.com are an answer to the dating crisis or not?

I think they are an indicator that people are very much still interested in dating. A lot of people are just trying to work around the problem of the lack of the dating culture in the United States.

The great thing is that when people go on dating apps and sites, they realize that they don’t have to pretend that they’re not interested. Everybody has a real longing to meet someone.

What can the Catholic Church do to help its young people?

I’ve long said that a single, young adult is the most invisible person in the Church. We need to make sure that we don’t just assume that people go from youth ministry to married life seamlessly and automatically.

Do you think every Catholic college should have a dating 101 course?

Initially, I would have said no, but many years ago we did some focus groups on the Boston College campus, and we talked to a group of graduating seniors about their time in school. I posed a question about dating, and a young woman said something that broke my heart.

She said, “I have grown and flourished in so many ways at this university. I’ve grown intellectually, professionally, personally, in my capacity for friendships. … Dating is the one area in my life that not only have I not progressed, I think that I’m actually worse off. I am less courageous, and I know less about what I want.”

Do you think your dating assignment is helping undo the hookup culture?

The best thing that came out of the assignment was that students started talking to each other about it. I constantly had students who were not in my class coming to me saying, “My roommate’s in your class, but I am going to do your dating assignment, too.”

When you can do something like this and make it seem fun and appealing — something that people want to try together — then it makes more of an impact and it spreads faster.

Do you think social media has contributed to the dating crisis?

I’ve given the dating assignment to students for probably about 15 years. Right from the get-go, I said to do this dating assignment, you have to ask the person in person, and they have to know that it’s a date. That’s nerve-racking, but students are even more stressed out about that now because they tend to do most of their interactions via social media instead of face-to-face.

Do you think young adults are more afraid of rejection than older generations?

This is the problem with resilience that we are talking a lot about at colleges and universities.

One of the most important things with the dating assignment is to teach the student that if they ask someone out and the person doesn’t seem interested or says no, then you move on. You got to be able to roll with things and let it go.

Donna Freitas, who wrote The End of Sex and Sex & the Soul, taught me a lot over the years. When we were talking about my dating assignment, she said to me, “Oh, this dating assignment isn’t about romance. It’s about courage.”