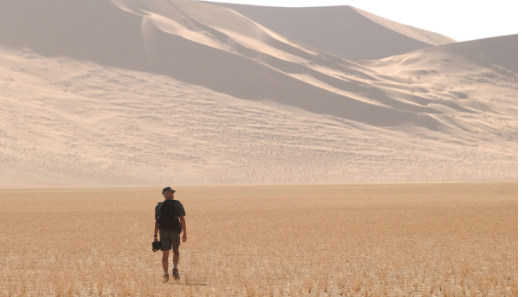 They say when God closes a door, he opens a window—but I’m not sure that’s always true.

There are times when God hems us in from all sides, removes our options, puts our backs against the wall — and that, too, is part of his loving plan.

Love in the Wilderness

Consider the children of Israel at the time of the first Passover.

Egypt, stunned by the plague on their first-born, frees the Hebrew slaves. God leads them toward the Promised Land but he doesn’t take the easy way. Instead, he takes them through the wilderness toward the Red Sea and there he deliberately traps them.

“For Pharaoh will say… the wilderness has shut them in” and go after them. And God will give Egypt—and Israel—an unforgettable lesson in who really is the LORD.

Consider Gomer, the harlot married by Hosea (she is a picture of Israel, in a covenantal “marriage” relationship with God).

When she continues to pursue other lovers, Hosea says he’ll “hedge up her way with thorns” and “build a wall against her.” She may not like it, but it’s not a punishment as much as a place of rehab. Denied access to her tempters, he hopes she will return to him.

“Behold, I will allure her” (this is God speaking now to Israel, as much as Hosea to Gomer), “and bring her into the wilderness, and speak tenderly to her … I will betroth you to me in faithfulness, and you shall know the Lord.”

The Cleansing Power of “Roughing It”

This Lent, allow God to take you into the wilderness. Put yourself into his hands, and listen to his call of love.

This article was first published March 19, 2014 on The Great Adventure Blog.

Living Water in the Lenten Desert

Digging out of Depression

Meet the Messengers: Hosea, Prophet of Mercy
From Murder to Mission: The Call of Moses
The Transfiguration and the Beginning of the New Exodus
Sing for the Love of God (Insights from St. Augustine)
Has Ascension's free media strengthened your faith?
You can now offer ongoing support for this content with a recurring gift.
Support Ascension