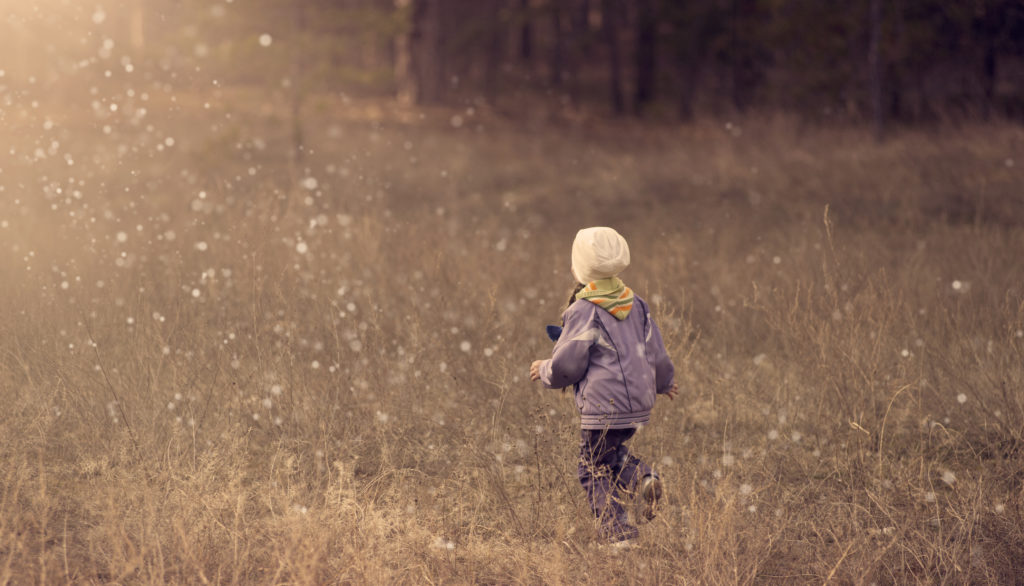 And without faith it is impossible to please him. For whoever would draw near to God must believe that he exists and that he rewards those who seek him”  (Hebrews 11:6).

I spent the summer after my sophomore year in high school at a state college studying physics, chemistry, boys, and computer science. Looking back, it was a fabulous program and a memorable summer, but at the time I was acutely homesick and called every week to beg my parents to let me come home. 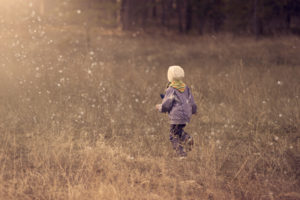 Through my wailing and gnashing of teeth, my dad alternately pep-talked, drill-sergeanted, and cosseted me to persevere. That summer, and through many a later challenge, he was a bastion against discouragement and the persistent longing to quit. Although like all of us parents he had faults, he has always been gifted at motivating and inspiring people to set and reach their goals, and the lessons in determination I learned from him have stayed with me since.

Possibly because of the way I was brought up, and even watching my husband father our kids, I have a deep regard for fatherhood. Great dads must be motivators, providers, protectors, negotiators, and defenders.

I meet people all the time who think dreams are childish, who gave up on their dream long ago, who think God forgot to give them a dream at all, or who are about to leave their dream behind because the setbacks seem continuous and overwhelming.

I find this reality deeply sad, in part, because I know that the un- or underdeveloped, wasted potential in this world is often because many, many children never had a champion father to push them to pursue their dream.

Everyone was created to do something great in his or her realm. Each of us has the potential to become great enough at something to reflect God and bring him glory. Not only is he a dream-giver, but he’s the Mack-Daddy champion, too.

The word potential means existing in possibility, not in act. Interestingly, the definition for potential is very similar to what the Bible says of faith: “Now faith is the assurance of things hoped for, the conviction of things not seen” (Hebrews 11:1).

Abraham (formerly Abram) is one of the heroes of faith showcased in the Hall of Fame of Faith in Hebrews 11. Abraham had a very special dream. To us, it probably doesn’t seem like such a fabulous desire, but to him, it was a big dream.

The desire and need to procreate was relentless in the ancient world, yet Abram (meaning exalted father) was advanced in years and still childless. Abram had a big dream of fatherhood, but it seemed utterly impossible. At seventy-five years old, God promised Abram a vast land and fatherhood in Genesis 12:1-4 and asked him to move out and follow him.

When God called him, Abram went, entirely submissive to the word. This kind of faith is essential to seeking and possessing our dream. We don’t think of the process as prayer, but it most certainly is. “Abram’s prayer is expressed first by deeds. Only later does Abram’s first prayer in words appear” (Catechism of the Catholic Church 2570-2572).

Buoyed and surely excited by his promise of reward, Abram follows God’s word and immediately goes to Canaan (Genesis 12:5-9). But as soon as he gets there he encounters problem after problem.

God confirms Abram’s call, and in an act of ironic promise, changes his name to Abraham, meaning father of many. Abraham takes matters into his own hands and tries to force the promise to manifest.

Despite the serious stumbles, Abraham continued to believe God all the way. Though it took 25 years, Abraham’s promised was fulfilled in Isaac. As a final stage in the purification of his faith, Abraham, who had received the promises, is asked to sacrifice them. He is asked to sacrifice his only son Isaac, the son he loves, the son who made him laugh.

God’s dream for Abraham was far bigger than Abraham’s dream for himself. And so, on Mt. Moriah Abraham, the father of believers, proves himself to be fully conformed to the likeness of the ultimate Heavenly Father who will not spare his own Son but will deliver him up for us all, and raise him up in glorious resurrection.

This is the consummation of the Promise that God had in mind all along: not just that Abram would father a single child, but that Abraham should be the father of all who believe, a true father of many.

The Hall of Fame of Faith in Hebrews (Hebrews 11:4-38) is for anyone who has ever hoped, believed, or considered they could achieve something remarkable in their lives. It’s about dreams, and potential, and heroic faith.

Perhaps you have observed a need for leadership in some area of your parish. Are you waiting for something or “someone” to make it happen?

Possibly you have felt prompted by the Holy Spirit to do something about it. Does it seem hopelessly out of reach?

Heroic faith is not reserved for those in the Bible, sainthood, on church or ministry staff, in religious orders, the priesthood, professional management, or a position that influences thousands of lives. Heroes of the faith are those who believe God for their promise all the way, people who are on top of things in their realm of influence. A hero is you.

Out of God’s great humility He chooses his weakest servants to do His greatest work” (St. Teresa of Calcutta).

God called me to heroic faith many years ago with some spectacular promises about my potential. At the time, I thought they would be immediately forthcoming. I thought I was being called to faith, and I had faith. “I got this!” I thought.

Fifteen years later, most of those promises about my potential had come to pass. But there was one yet to come: and this year it was Fulfilled.

If you have ever had a dream or seen a need, God is calling you, too, to heroic faith. If you trust him, he will move you into a position where you can thrive, but the process will require that you face greater challenges than you ever guessed.

You may not be able to describe your dream; you may have forgotten it; possibly you no longer even believe in it. But it’s there, and it was meant to draw you toward the life you were meant to love.

Abraham shows you that God created you with specific intentions in mind that were woven into your being, much like your unique temperament and DNA. These intentions create a powerful attraction, a longing, for a particular dream. And every step in obedience is woven into its fulfillment.

Hebrews 11 highlights the strategic people God used throughout salvation history and the plan he uses, still, to inspire, grow, sustain, and maximize those unique intentions for our lives, too. His process follows a predictable set of obstacles and opportunities that continually move you toward that dream.

Why would we ever want to go through all it takes for God to develop all that he is promising in us? Because we will never be fulfilled until we are tapping into and living from our potential. God wants to do more with your life than you could ever imagine.

Following God’s call does not happen linearly; it always involves obstacles, road-blocks, and adversaries. But these are part of the process of formation. As you step out in faith to obey those promptings, when the Church (finally) affirms and confirms your call, you will know it’s truly from him.

As you meditate with him on the need you discern in your parish or family or community, I encourage you to keep your mind and heart completely open to hearing what God wants to tell you. He could be calling you. My promises have come to pass, and more are on their way. I am seeing my dreams and visions fulfilled.

“Magnanimity is the soul’s aspiration to bigger dreams, the ‘jewel of all the virtues,’ because the magnanimous person seeks the bigger dream, and has the courage to become worthy of it (St. Thomas Aquinas).

Exercising Your Faith Muscle: God’s Promise to a Panting Abraham

What if You Had Never Been Born? (The Jeff Cavins Show)

Using Faith & Reason in Scripture Study
Faith-Falling
C. S. Lewis on the Difference Between Faith and Emotion
Lent: A Time to Forgive
Has Ascension's free media strengthened your faith?
You can now offer ongoing support for this content with a recurring gift.
Support Ascension