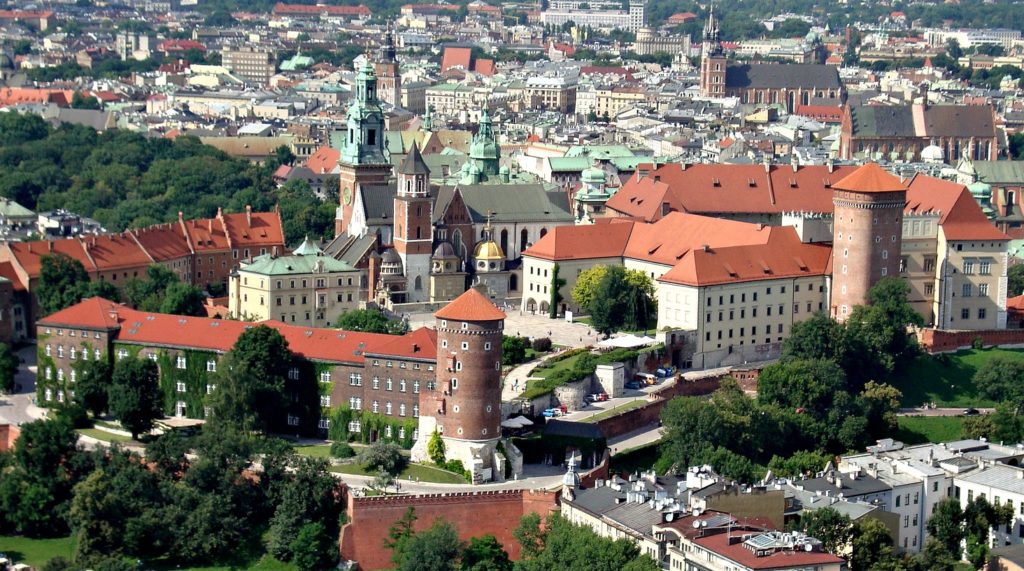 Some things about the Catholic Faith rouse the hearts and passions of the faithful, but appear strange, even absurd, to those on the outside. Catholic devotion to relics may well be at the top of that list.

Underlying Catholic esteem for relics is the reality of the Incarnation: God became man in space and time, thereby sanctifying the material order. Not only is the material creation “good” (see Genesis 1), God uses the material order to sanctify us, especially through the sacraments.

This is a matter of God coming down to us—to meet us where we are, in our flesh and all our physicality. In other words, God doesn’t need the sacraments; they are gifts to us, to sanctify us in a manner commensurate with our physical nature. We don’t honor God if we disregard with indifference the gifts he has so graciously given us.

Further, relics actually have a basis in the Bible. In the Old Testament, a brief story is recounted of a man who died and while he was being buried, a marauding band came by; the man was quickly thrown into the prophet Elisha’s grave which was nearby. The Bible tells us that “as soon as the man touched the bones of Elisha, he revived and stood on his feet” (2 Kings 13:21). Here, God worked a miracle through contact with Elisha’s earthly remains, his relics. Of course, God could have done this without the relic. But doing so through the mediation of the relic gives us a tangible sign of the power of the saint’s ongoing presence.

Two other examples stand out in the New Testament. In Acts of the Apostles, healings are said to have occurred through contact with Peter’s shadow: “Now many signs and wonders were done among the people by the hands of the apostles … so that they even carried out the sick into the streets, and laid them on beds and pallets, that as Peter came by at least his shadow might fall on some of them” (Acts 5:12-15).

Later, with Paul, a similar incident occurs: “And God did extraordinary miracles by the hands of Paul, so that handkerchiefs or aprons were carried away from his body to the sick, and diseases left them and the evil spirits came out of them” (Acts 19:11-12).

The early Church eagerly gathered the remains of her saints, especially the martyrs. This was not a matter of superstition, but a conviction that God works through the material order. And he often graces his Church with physical signs of his abiding spiritual presence, as well as physical signs of the ongoing vitality of his saints and their continued love for us.

Christianity is not merely an idea. Rather, Christianity is about God’s search for us, a search that occurs in history, in real space and time. This gives Christianity a gritty, historical, and concrete quality that is very different from mere myth or a vague spirituality.

One can readily see this difference by noting Christianity’s intensely missionary character. From the outset, Christians traveled the known world because they encountered a person; they listened to, touched, and supped with the God-man Jesus Christ and they knew it (see Luke 24: 36-43). They didn’t become missionaries because they encountered an interesting new idea—that wouldn’t have transformed the Roman world.

Biblical faith has also always been a pilgrimage faith. For example, in the Old Testament, males were required to go on pilgrimage to Jerusalem for the feasts of Passover, Pentecost, and Tabernacles (see Exodus 34:22-23). This is what brought Mary and Joseph and the twelve-year-old Jesus to Jerusalem during the Passover (Luke 2:41-51). These feasts commemorated God’s great acts of salvation, acts which occurred in history. 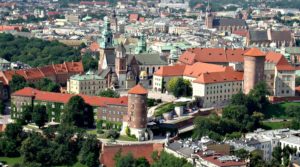 Christians quickly followed suit, showing an earnest desire to be where Jesus was, to walk where he walked—or to travel where God’s mighty work had been manifest in a particular saint.

Pilgrimage, relics, and the sacraments all stem from the logic of the Incarnation. God became one of us, to touch us and allow us to touch him; He came down to meet us where we are, in order to raise us up to where he is. This is the wondrous mystery of Christianity—the great exchange, whereby he takes on our humanity, in order to elevate us to share in his divinity.

My family and I are going on pilgrimage to Poland and Rome this upcoming Holy Week, to follow in the footsteps of St. John Paul II, from Krakow to Rome (http://www.emotionalvirtue.com/pilgrimage/). Reliving and encountering how God’s presence was manifest through the life of Karol Wojtyla in the midst of the Nazi and communist occupations can strengthen our sense that God can and will act in a similar way in our lives today.

May we always recognize the grandeur of what God has done for us and the infinite distance he has traveled to reach each and every one of us. How can the reality of God’s abiding presence become more manifest for us today?

WYD Krakow 2016: An Experience of Mercy

WYD Krakow 2016: An Experience of Mercy
Continuing Our Pilgrimage After Krakow
Inspiring Moments from My Poland Pilgrimage
Highlights from a Pilgrimage to Rome
Has Ascension's free media strengthened your faith?
You can now offer ongoing support for this content with a recurring gift.
Support Ascension