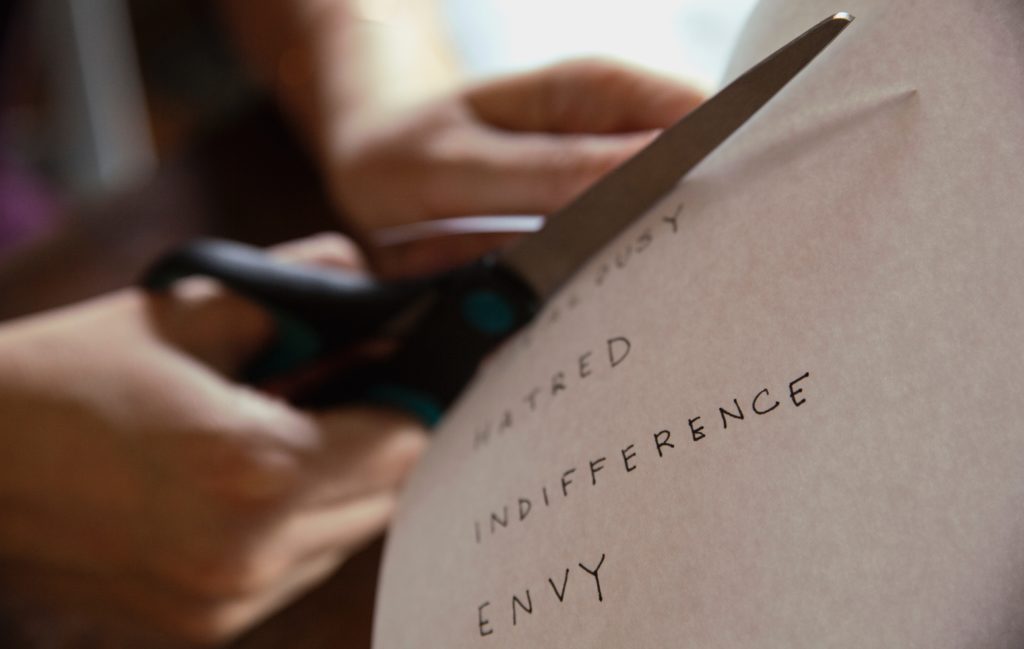 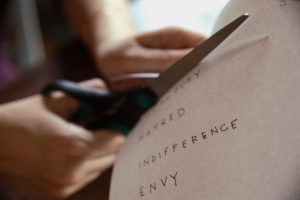 Advent is a time to reconnect with our Lord, a time to prepare for his coming on Christmas morning, as well as a time to return to an awareness of his perpetual presence among us.

It is also a time of gratitude: we give gifts this time of year as a sign of our gratitude for the greatest gift ever given—the gift of God himself, of God becoming man in Jesus Christ.

But nothing snuffs out the spirit of gratitude like the diabolical spirit of envy.

We see this in the biblical narrative found in Numbers 11, where the spirit of God resting upon Moses is given to seventy elders (Numbers 11:16-30). Upon receiving the spirit, these seventy elders prophesy. And it turns out that two others who were not with the group, Eldad and Medad, also began to prophesy (11:26). Initially, this unnerves Joshua who is worried about these two prophesying on their own; in fact, he turns to Moses and says: “My lord Moses, forbid them” (11:28).

Moses responds: “Are you jealous for my sake? Would that all the Lord’s people were prophets, that the Lord would put his spirit upon them!” (11:29)

The word translated here as “jealous” comes from the Hebrew root qana and can mean something like “zealous.” In fact, this is the root behind the description of the Apostle “Simon the Cananaean” (Mark 3:18), a description which suggests that he was a former zealot or revolutionary.

While we often use the two interchangeably, there is a traditional difference between envy and jealousy. Jealousy occurs when we desire the good of another. At this point, it can be neutral—it all depends upon what we do with it. For example, if I am jealous of a friend who is receiving significantly more playing time than I am on a basketball team, I could just sulk; or I could ask myself if I am giving the same effort as he or she is, during the season or even in the off-season. My jealousy here could lead me to better imitate the good habits and hard work of my friend, in hopes of attaining the same good for myself. Here, jealousy (as the desiring of the good of another) may lead to self-improvement in imitation of my friend.

Envy, on the other hand, is always evil and has a diabolical strain to it. As St. Thomas Aquinas defines it, envy is sorrow at the good of another (or rejoicing at the misfortune of another). Here, the emphasis is not just on desiring the good of another, but the resentment that another has it. To use the basketball analogy above, envy would lead me to rejoice if my friend got injured. In other words, envy is captured in the attitude that says, “If I can’t have it, I don’t want anyone else to have it either.”

In the biblical account above, Joshua doesn’t just express a desire for himself to prophesy; rather, he displays resentment that others have received such spiritual gifts.

Envy is toxic to our joy, for it is inherently tied to sadness—sadness at the good of another. And it undermines our friendships, since envy prevents me from rejoicing over the good of another. Two friends infected by envy cannot become one heart and one mind, because the good of one necessarily results in the sadness of the other.

How Do We Overcome Envy?

Gratitude. If we recognize the gifts we have been given and develop a disposition of gratitude, we’ll be less prone to resenting the gifts of others. This plays out perhaps the strongest and most viciously not with material goods such as cars, clothes, and the like, but in the spiritual realm. Spiritual envy tends to be the worst kind—where we resent the spiritual gifts and charisms of another. We are in effect saddened by the way God has blessed someone else, perhaps as a youth minister, speaker, Bible study leader, or evangelist. We sense that their growth, development, and success somehow takes away from us. And as we’ve seen, envy always plays a zero-sum game; if one is up, the other is down. Such a state of affairs is poison to the communal health of any apostolate, organization, or parish.

As with other vices, the best way to overcome envy is to practice the opposite virtue. If we seek to admire and praise the good in other people, especially the people of whom we’re most prone to be envious, we’ll slowly feel the grip of envy loosen from our hearts; even better, if we can find a way to make our admiration known in some kind of a public setting. In other words, praising the very person we perceive as threatening in front of others dramatically undermines the gravitational pull of envy.

Humility is also instrumental in overcoming envy, especially the way C.S. Lewis captures it, saying, “A really humble man … will not be thinking about humility: he will not be thinking about himself at all.”  Humility helps us forget ourselves and throw ourselves into the good. Whereas envy, on the other hand, tends to make us self-preoccupied, as we perceive the success of another as somehow damaging to us.

Why Is It Satanic?

Traditionally, the fall of Satan and the angels who followed him has been understood in connection with the Incarnation. By nature, the angels are far superior to us; but by virtue of the Incarnation, we have been raised to the very Trinitarian heart of God, and angels now find their role in serving this awe-inspiring divine plan. Satan resented this plan, repulsed by the fact that such lowly creatures as ourselves would be elevated to such a sublime height. Not just jealous of the good God had destined for us, Satan in his envy set out to keep us from this good in any possible way.

Satan hates us because he first hates Christ, and he always sees us in connection with him in light of the Incarnation.

As we’ve seen, envy is a deadly sin that kills the life of the soul, eroding our joy and destroying our communion with one another. This is the devil’s tact to destroy us eternally and bring us to despair in the meantime.

How can we rediscover a spirit of gratitude and true humility this Advent, in hopes of overcoming the deadly and diabolical pull of envy?