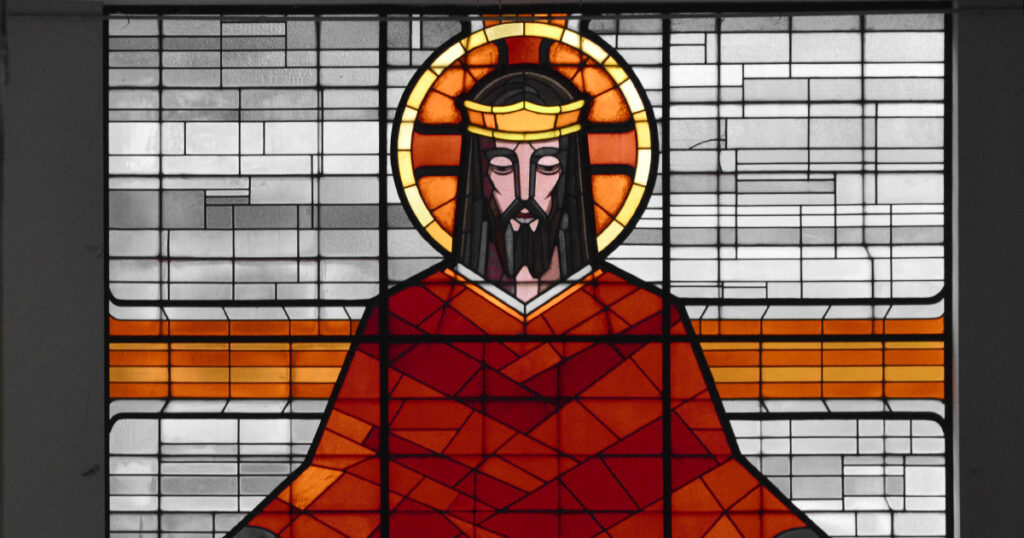 It is hard to contemplate the world as it existed in 1925. Less than ten years had passed since the end of World War I and most of the world was still reeling from the devastation of that “Great War.”  It was an incredibly unsettled time. This turmoil was the context in which the rise of fascism took place in Europe. Consider for a moment that it was in 1925 that Joseph Stalin took control of the Soviet Union. It was also in early 1925 that Benito Mussolini disbanded the Italian Parliament and became the dictator of that country.  Adolf Hitler, while not yet solidly in control of Germany, was on the rise. It was in 1925 that he published his work, Mein Kampf.  In many ways this rise of fascism was accompanied, and made possible, by an anti-Christian, anti-Church sentiment.

A Feast amidst Spiritual Famine

So, why the history lesson?  Because it was also in 1925 that Pope Pius XI declared that the Church would universally celebrate a new feast on the last Sunday of Ordinary Time, the Feast of Christ the King. Pope Pius XI was an astute observer of the world in which he lived.  In his encyclical, Quas Primas, Pope Pius XI makes it clear that this feast was created in direct response to what was happening in the world. He saw a trend growing where Christ was being “excluded from political life, with authority derived not from God but from man.”  It was the pope’s hope that, in celebrating this feast, the Church would be reminded of where authority truly is derived from.

The pope also hoped that this new feast would inspire the faithful.  He hoped that, in celebrating it, men and women would be reminded that it is to Christ we owe our fealty and that no earthly power can ever surpass that of his eternal kingship.  But it is clear, as is seen in the quote below, that the pope did not see this as a passive, personal submission. Instead, he saw a need for the people of God to stand against the wave of anti-Christian sentiment that had been rising.

This state of things may perhaps be attributed to a certain slowness and timidity in good people, who are reluctant to engage in conflict or oppose but a weak resistance; thus the enemies of the Church become bolder in their attacks. But if the faithful were generally to understand that it behooves them ever to fight courageously under the banner of Christ their King, then, fired with apostolic zeal, they would strive to win over to their Lord those hearts that are bitter and estranged from him, and would valiantly defend his rights.

Pope Pius XI believed the world of his time needed to be reminded of the primacy and Lordship of Jesus Christ, and that the faithful needed to be inspired to go out into the world in Christ’s name, under his kingly banner.

With this in mind, It would be safe to say that we still need this feast today, and that we may need it more than ever. The Church in our modern time does not necessarily face the threat of fascism and soviet communism, as it did in 1925, but instead we face the rise of secularism, militant atheism, and radical Islam.

The Liturgy of the Word from Revelation for the Feast of Christ the King reminds us Jesus is “. . . ‘the Alpha and the Omega,’… the Lord God, ‘the one who is and who was and who is to come, the almighty.’” Our challenge today is the same as it was in 1925; to live in the Lordship of Jesus Christ and to share the joy of his reign with the world. In the words of Pope Pius XI:

Reflection on the Passion with John’s Gospel

What Makes the Transfiguration Central to the Faith

Make Christ the King of Your Heart This Holy Week