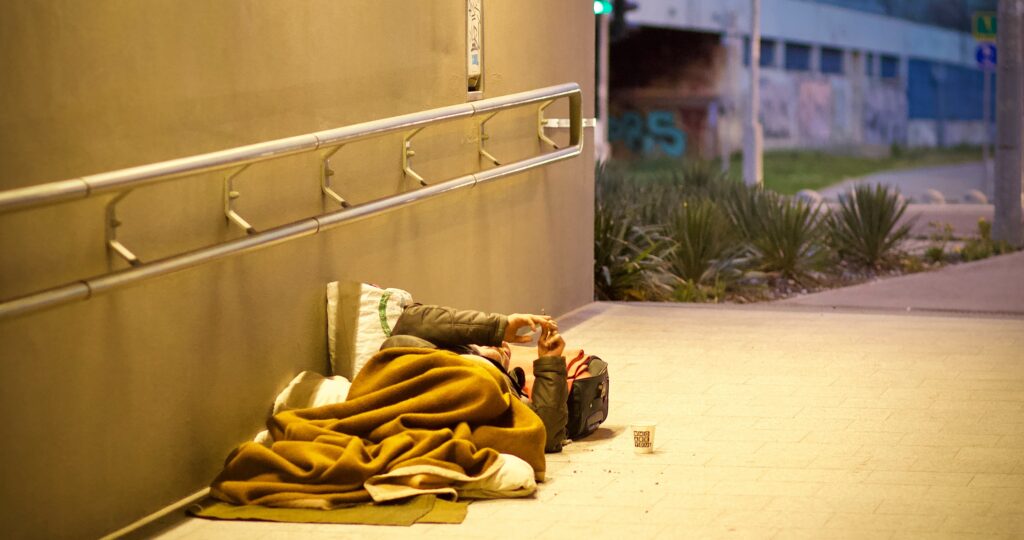 I wish I had eyes and faith like my children do. Being back in America for a few months they are now pointing out every single poor and homeless person at every intersection we pass by.

“Awe daddy, we missed him because the light was green, but maybe we can stop and help him on the way back . . . ”

Children have the most beautiful hearts. Sometimes it’s like my children want to chase after the poor and find them all and give them everything they need. It’s really a beautiful quality to witness in children. Oftentimes my heart can be cold and bitter, and sometimes I view the poor as an inconvenience or a hurdle to be jumped over throughout my day. Can you relate?

Giving the Poor Our Very Best

In the year 2016, Pope Francis wrote an Apostolic Letter entitled Misericordia et Misera (Misery and Mercy) in which he called for and introduced the Church’s first-ever “World Day For the Poor”. We celebrated this feast as a Church for the first time on November 19, 2017. This day was celebrated with a beautiful Mass at St. Peter’s Basilica followed by a delicious lunch for the poor of Rome. During this lunch, the poor were served fine food and drink such as veal cutlets and gourmet coffee upon beautiful white linen tables. His message to the poor was simple: You are important in the eyes of God! We love you enough to give you our very best!

I’m embarrassed to admit this, but many times in my life I have realized that I have given the poor my leftovers instead of my first fruits, my second or third best instead of my A-game, and my pocket change instead of my abundance. It’s just hard and my heart needs to be pierced into transformation time and again.

A few years back our family was living in a poor Central American town and a local friend of ours was trying to remain sober and find a place to live. We searched everywhere to find him a basic home to live in, but no one wanted to rent to him because he had burned every bridge available to him. I was scratching my head wondering how we would find him a house, when my little six-year-old daughter chimed in so simplistically:

“Daddy why don’t we just let him live in our bedroom, no one ever sleeps on that extra bed in there.”

Mother Teresa of Calcutta once said:

“Poverty is not created by God, it is created by you and me when we don’t share what we have.”

Oh how right she is, and if our children ruled the world, there probably wouldn’t be so much poverty. After all, many of us do have extra beds we don’t sleep on, clothes we never wear, and food we waste each day. Why do I make it so complicated? I should just follow my daughter and Pope Francis’ lead and roll out the fine linen and foods and give them all I have when it comes to serving the poor. After all, Jesus does say he is in the poor.

The Least of My Brothers

We are all familiar with Matthew 25, culminating with the words of Jesus Christ:

Do we believe Jesus is the poor man and woman begging and inconveniencing us? Do we see the eyes of Jesus in the marginalized and in the imprisoned? It sure is hard to do at times.

Eventually, we found our friend a home to live in, and he was all smiles as we handed him the key. He rediscovered some of his own dignity that had been covered up so deeply by years of shame and fear. We threw a little party and invited his closest friends. It was a beautiful night; one of “the least of these brothers” was sought after, found, encouraged, prayed with, believed in, sheltered, and given dignity.

During his homily at the first-ever “World Day for the Poor” Mass, Pope Francis declared:

“The poor are our passport to paradise. In the eyes of the world they have little value, but they are the ones who open up to us the way to heaven.”

That’s an amazing line to reflect upon because so often I see things the other way around. I am tempted to see my wealth and possessions as a passport for the poor. I am tempted to believe that I can open up heavenly doors for the poor, but this is just not how Scripture tells the story.

My encouragement is for us all to seek out the poor in our lives. Get serious about it. Find them, run them down, get to know them, feed them, clothe them, pray with them, befriend them, and bring them to the feet of Jesus who is the only one who can fill all of their needs. One day we will stand before the poor, except they will look like Jesus, and he will look into our eyes and say “what did you do for the least of my brothers while you were on earth?”

“At the end of our lives, we will not be judged by how many diplomas we have received, how much money we have made or how many great things we have done. We will be judged by; ‘I was hungry and you gave me food to eat. I was naked and you clothed me. I was homeless and you took me in.'”

The One Thing Connecting All of Catholic Social Teaching [Video]

Why All Christians Must Care for the Poor [CFR Video]

The Poverty of the Cross [Audio]

Phillip Douglas and his wife, along with their six children are full time lay Catholic missionaries currently serving in Southeast Asia with Family Missions Company. He is the author of Glorious Adventure: Discovering the Treasure of Taking Christ to the Nations and Finding the Father: Reflections of Grace, Mercy, and Healing in Fatherhood. To follow their journey please visit www.phillipdouglasbooks.com. To learn more about becoming a full- time lay Catholic missionary visit www.familymissionscompany.com.

A Road Map for the New Evangelization
The Sacramental Vision
A New Feast: Mary, Mother of the Church
'They Worshiped, but They Doubted'
Has Ascension's free media strengthened your faith?
You can now offer ongoing support for this content with a recurring gift.
Support Ascension