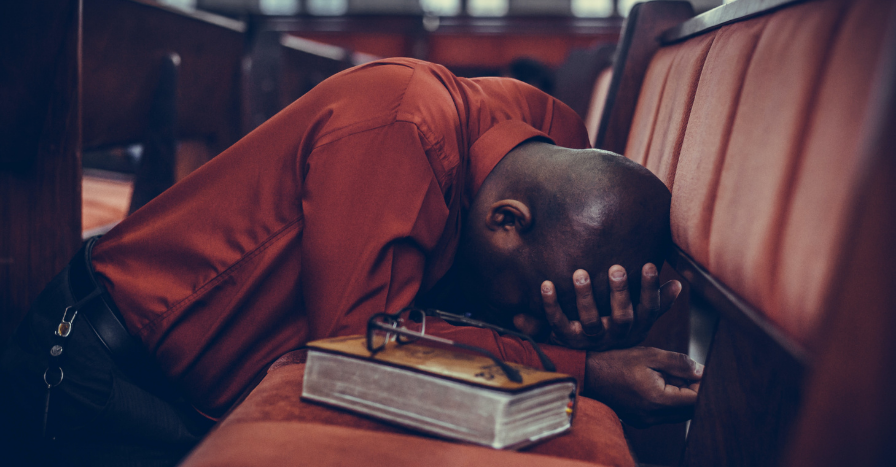 In my experience as a Catholic, it seems that people don’t often bring up the topic of penance.

I am not talking about the sacrament of Penance (also known as the sacrament of Reconciliation), but rather about what the Catechism of the Catholic Church (CCC) talks about as the “…many forms of penance,” which mark repentance and conversion of heart such as prayer, fasting, almsgiving, service, admission of fault, acceptance of suffering, and other forms of sacrifice wherein we join our sacrifice with the sufferings of Christ (CCC 1434-1439, especially 1435 and 1438).

Note: Penance is not to be confused with the erroneous idea that one can “earn” their way into heaven. Rather it is about recognizing that people can offer their hearts to God (manifesting in various ways) to “make things right” inasmuch as they are able—while also respecting the reality that Christ’s one atonement is complete and enough for the whole world from the beginning to the end of time. Scripture is also clear about the efficacy of joining our suffering to his for the sake of salvation (Colossians 1:24 RVS-CE).

The Decline of the Popularity of Penance

One thought I have as to why penance seems to have fallen by the wayside is that it is connected to suffering. It seems people of today don’t like talking about suffering much at all, let alone the idea that suffering can be embraced. For that reason, it would make sense that concepts connected to suffering would also gradually fall off of people’s radar. Further, in our culture, many of us have been conditioned to see Jesus first and foremost as a warm and friendly “nice-guy.” To those who hold on to this image, the idea of suffering for Christ may seem even more distant.

This “nice-guy” Jesus also lends itself to the idea that “God is love”—which is true—but if focused on too narrowly this can distract people from another equally important truth: God is also justice. And on that note, we would all do well to remember that just as God’s love is infinite and perfect, so too is his justice. It’s not that God’s justice should become our singular focal point either, but rather that we shouldn’t pretend that justice is somehow not part of the equation. Indeed, God’s justice is real, and that matters because we will all have to face it one day.

Justice will be served according to the judgement of God based on our choices (for what we have done and for what we have failed to do). That is, justice is enacted when people pay the proper price for what they have chosen to do. In saying that, however, sometimes a just judge applies mercy to lessen the punishment that is rightfully due. To receive such mercy is truly a blessing. Now, wouldn’t it be great if we could do something to gain the favor of the just judge, such that we may be beneficiaries of his mercy?

Let us think of it this way: When a child does something wrong, the duty of the parent is to weigh the situation as best they can, enact justice, and apply an appropriate consequence. Even though the parent (hopefully) forgives his or her child for what he or she has done wrong, the parent knows that if the child were to become engaged in “righting the situation” (inasmuch as that child could), it would be good for the child and good for whatever relationship had been strained. So too is it with us in relation to God. When we try to do what we can to “right the situation” (inasmuch as we are able) after offending him, it is good for us. And God wants what is good for us.

How Can We Participate?

Every day of our lives, we can make choices to give our hearts and our minds back to God. That is how we can participate in striving to “right the situation.” Again, though that may manifest itself uniquely from person to person, the opportunity remains the same and ever-present. We can make that situation more meritorious on our behalf if we choose to offer ourselves in that way, not merely when it is convenient for us, but when it is difficult or even painful to even think about.

These days the opportunity to give our hearts and minds to the Lord is presenting itself in a way not seen for ages: through the cancellation of public church services (Mass, Divine Liturgy, and other forms of public worship). In such a time as this, we first and foremost need to remember that God can use any situation for his glory, even something as seemingly dire as this. The reality is that there is a potential hidden blessing in all of this, which is as follows: we now have an opportunity to recognize an increasing longing in our hearts for Jesus.

It Is About Prioritizing

It could be said that anything we do today to participate in striving to “make things right” with God by way of penance on this earth will be a worthwhile effort. If anything, it already follows the model of what we know is good for us here on earth: We can always choose to delay gratification and comfort now, in favor of receiving a greater reward later.

Furthermore, the embracing of suffering (to transform into penance) would be even more efficacious if not rooted first and foremost in the goal of escaping the pains of purgatory, but rather the greater goal of getting into heaven sooner. And getting into heaven sooner (without us contributing to our own deaths) allows us to not only experience some degree of the beatific vision earlier, but also allows us to cooperate with God from heaven sooner as well.

In that way, embracing penance is not merely something to help us get to heaven, but also a way to serve God (and humanity) beyond our earthly lives. And it is that cooperation with God eternally forward via our choice to offer suffering as penance today that will take the infinite joy we will experience in heaven to an even further degree (because God, who is not subject to universal law, can do that sort of thing).

At the same time, through God’s divine authorship and will, and in a way that he sees fit, God can also grant those in heaven (who are now fully alive with him) the capacity and wherewithal to provide intercessory service to the rest of humanity still on earth.

Yes, we should desire to do penance. It would impact countless people in the most profound of ways and over a time span that would far-exceed the droplet in time that is the duration of our earthly lives. And through that lens, we can see that to strive to do penance (without searching out suffering) should not be associated with the caricature of stuffy, old-school Christians, but rather ought to be associated with the virtue of charity.

And through that gift of charity the whole world may become the recipient of God’s love, grace, and mercy to an even greater degree than it is now. In a time like this, perhaps the charitable gift of penance should not only be desired, but should also become recognized among all Christians once more as one of the most amazing gifts we can possibly give.

Get Comfortable with Being Uncomfortable This Lent [Jackie and Bobby Video]