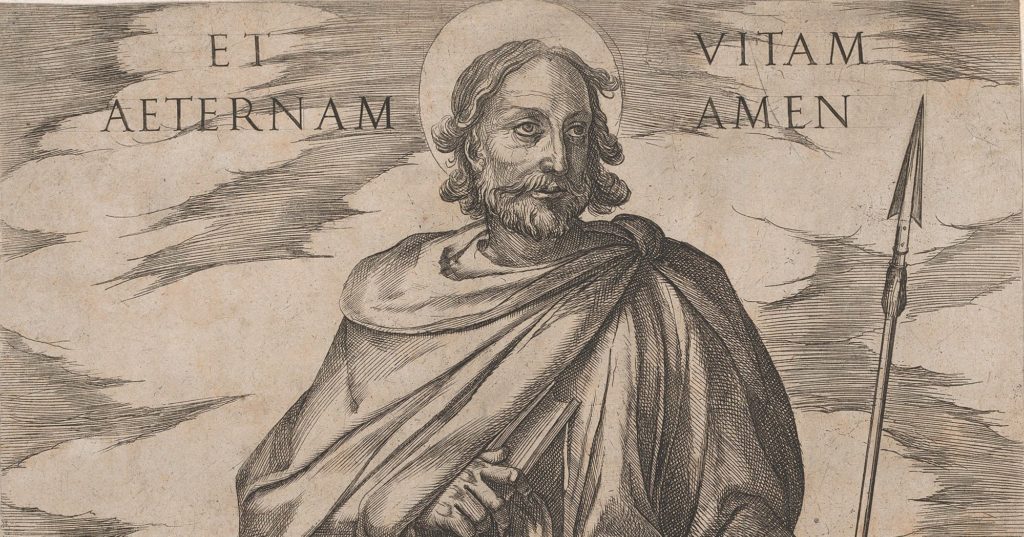 Ever feel like you were the odd one out? That someone else was selected for a task that you would have been perfect for? Why does Matthias get chosen to become the twelfth apostle? One possibility for the position was a man named Joseph, also known as Barsabbas, and one possibility was a man named Justus, also known as Matthias. Acts of the Apostles chapter 1 recounts the fact that they “cast lots” to decide who would rank among The Twelve. Did Peter and the early Church leave this decision up to chance? Was it blind luck that placed Matthias as a bishop?

Many might think that this is just another example of how the Catholic Church leaves important decisions up to random experiences and illogical conceptions. However, this was no meaningless task. Casting lots was a tradition that has its roots in several locations in the Bible, including the life of King Saul (1 Samuel 14:40-42). Casting lots was seen as an impartial way of making a difficult decision that portrayed the will of God coming to fruition. It also ensured that arguments would not occur once the winner was awarded. So, first and foremost, this was a tradition that was recognized as bringing about God’s will and it was seen as a totally fair decision-making tool.

The biblical roots of casting lots is important, but the words that are spoken by Peter and the other apostles before they cast lots is the most pivotal piece of information:

‘You, Lord, who know the hearts of all,

show which one of these two you have chosen

to take the place in this apostolic ministry

from which Judas turned away to go to his own place.”

The Importance of Prayer

The other eleven were called by name by Jesus himself. Christ looked them in the eyes before he asked them to leave behind their lives to follow him. An important detail from each account of the commissioning of the apostles in the Gospels is this: Jesus summoned them to himself (Matthew 10:1; Mark 3:13; Luke 6:13). Here, as the disciples desired to replace Judas they use their divine mission bestowed upon them by Jesus to call another. They make the final decision by calling upon Christ in prayer.

Jesus, “knows the hearts of all” so he will guide and hand-select someone who will bring the good news to the ends of the world. We do not know much else about Matthias besides this episode. The true lesson from the life of Matthias is what the disciples do before his selection is made: they pray. Prayer is the foundation and starting point of every decision in the life of the Church and in the life of the disciple. When we lead with our foot forward and our hearts lifted to God, he always manifests his will. The casting of lots is a secondary detail compared to the detail about prayer in the decision-making process. In the present times we find ourselves in, the commitment and tendency to lean on prayer is extremely relevant.

Often, we may find ourselves stating that we need to pray before coming to a decision, before going to bed, before eating meals, and so on. However, do we enter into this prayer or are we simply stating that we are praying? The prayer of Christ when he summoned The Twelve for the first time had power and impact on these men in such a manner that their instinct moving forward was to do the same. We must always recall that the prayer of the disciples would have been one of deep intimacy and connection to the presence of Christ. After all, Jesus had risen only a short time ago and their faith would have been filled with the reality of the risen Christ that they encountered.

Maybe the role of Matthias was, yes, to ensure the restoration of The Twelve, but also to leave the important image of prayer impressed into the mind of the early Church. The prayer before choosing Matthias ends referencing Judas, the betrayer who lost sight of the extreme mercy of God and who, most likely, forgot the importance of prayer.

On the feast day of Matthias, let us remember what led Judas to fall away from Christ and how the disciples decided upon his replacement: authentic and dynamic prayer. Today, let our prayer reign true and powerful, let us remember that God always chooses us to intimate prayer with him as a real living person who looks us in the eye and calls us by name.

God’s Grace Offers Us More Than We Can Imagine

The Power of Intercessory Prayer

Thomas Griffin teaches Apologetics in the Religion Department at a Catholic high school, and lives on Long Island with his wife. He has a master’s degree in theology from St. Joseph’s Seminary and College along with a bachelor’s degree in theology and philosophy from Molloy College. Thomas has written for several online Catholic blogs. Follow his (and his twin brother’s) article posts and videos @CalledTwin.