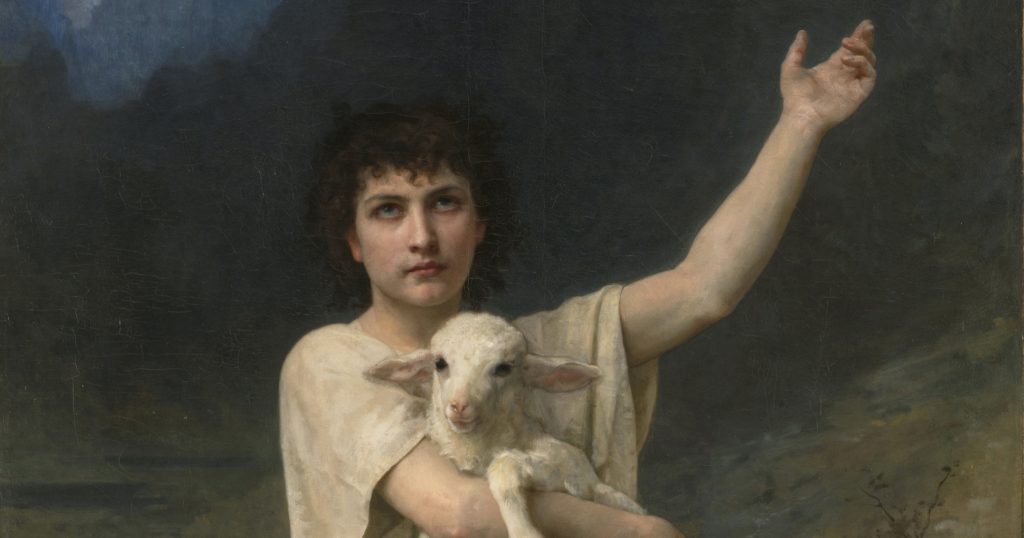 “The heavens are telling the glory of God; and the firmament proclaims his handiwork.”

Some psalms are grand, while others are simple. There are psalms of joy and psalms of suffering; psalms of lament and psalms of triumph. These prayers provide the spiritual foundation of all Jews and Christians. Almost everything we know about spirituality and prayer comes from the psalms. Twenty-five to thirty-five centuries after they were written, they continue to be the spiritual foundation of nearly two billion people around the world. Who was the remarkable author who composed these prayers so long ago? According to both Jewish and Christian tradition, the psalms are the work of King David, a man after God’s own heart.

For Saints and Sinners Alike

David, who as a boy who slew a giant, was himself a spiritual giant. When he went out to fight Goliath, he told Saul, “Don’t worry about me, I have killed bears and lions to rescue my sheep out of their mouths” (see 1 Samuel 17:34-36). He pursued friendship with God with the same energy that he pursued a lion or bear who stole one of his lambs.

This amazing man who sought God in everything composed these songs that contain in them every sort of prayer we could imagine. In some of my parishes I have encouraged my people to start reading just one psalm each day. Every time someone has come to me and said, “I started doing that, and it’s like a miracle. Every day, that one psalm was exactly what I needed. It’s as though God wrote that psalm for me!”

I often used to wonder how David developed his amazing friendship with God in the Psalms—a friendship that still saves people today. A friendship that provides spiritual food for the simplest and most sophisticated, for sinners, for beginners, and for saints who have prayed their entire lives.

Preparing for the Son of David

I imagine David out there on the hillside with his sheep. He must have been a real handful. When God called Samuel to anoint one of Jesse’s sons, David was not among them. It is as though Jesse forgot David was one of his children, or perhaps that God could not possibly be calling David to be king.

When David was out there alone on the hillside, he had to stay awake to watch the sheep. For it was at night when predators came to steal the lambs. I think about him out there, under the night sky. I think that must have been when David most felt God’s presence. That is, the presence of the Most High God, the God who made everything. And so God sent Samuel, who took David from his hillside, anointing him king of Israel.

The words Messiah and Christ mean “anointed one.” David, the anointed king of Israel, was the forerunner of Jesus, the long-awaited Messiah. Anointed by the Holy Spirit, Jesus is the King of Kings, the Good Shepherd. He is our friend and lover, who defeated Satan, a far more sinister giant than Goliath. The Psalms, then, were written to prepare us for our friendship with God, and especially for our friendship with God made flesh, Jesus the Christ, the Anointed One, the Son of David.

For an in-depth study on the Psalms, check out the Bible study Psalms: The School of Prayer.

This article was adapted from a talk given by Bishop Kurt Burnette at St. Mary Byzantine Catholic Church in Hillsborough, New Jersey on February 20, 2015.