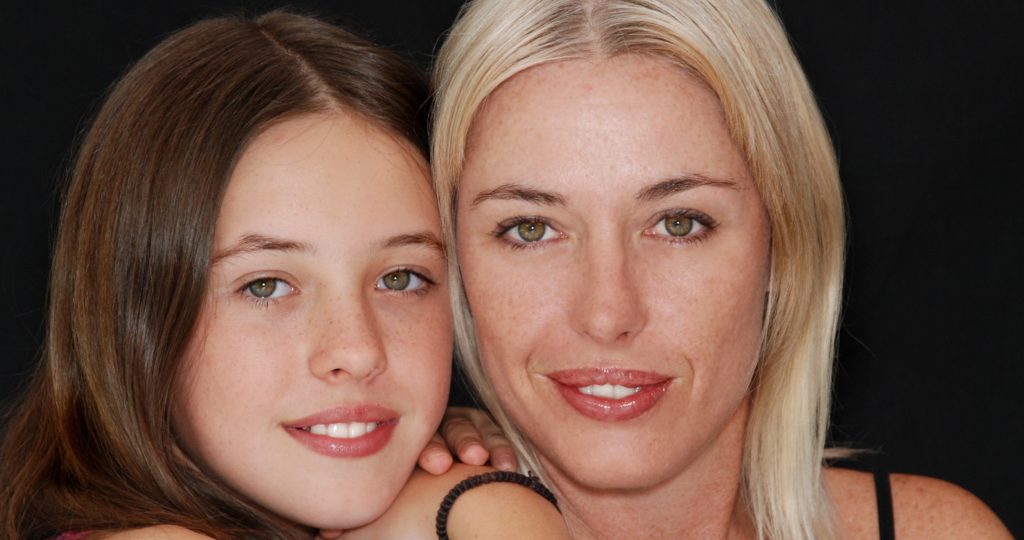 High on the list of parenting FAQs I’ve heard over the years is this:

“At what age should I have the talk with my son or daughter?”

The phenomenon of the talk is pretty widespread, so much so that’s it’s a cultural cliche. Mom or dad sits down with daughter or son and begins with, “Sometimes when a man and a woman love each other very much … ummm … ” An awkward, perhaps one sided conversation ensues and not a word is spoken about it afterwards.

By “the talk” people mean the stop-the-press-bombshell explanation that sex between men and women makes babies. There is usually also some explanation about anatomy and some kind of moral valuation or further instructions.

Whenever a question about the talk is posed I immediately think about a wise thought from my friend and mentor Brian Butler. Early on in my work with Theology of the Body formation, Brian pointed out that we simply shouldn’t be thinking about formation in human sexuality as one talk. Brian’s point on this has always been that if we view the sexual education of our children as one isolated awkward talk, then we are missing something important.

We should, through the course of many years, be forming our children in a cohesive vision of human life and thriving from which talks about sex—in terms of identity, biology, bodily integrity, and relationship—will flow naturally and organically. Put another way, we shouldn’t be thinking about forming our children in a vision of human sexuality as a single talk, we should be playing the long game over the course of parenthood.

Whether we think about it this way or not, we form our children’s vision of body, relationship, and love in our daily interactions over the course of years far more than we do from the first time we reveal where babies come from.

Oftentimes this talk is way too late to be relevant. Statistics indicate that the average age of exposure to pornography is eleven years old these days. That’s right, pornography—an explicit, base, distorted, and dehumanized vision of sexuality—is exposed to our children at eleven years old. How often does porn exposure happen before it has even occurred to a parent to say anything? Of course prior to explicit exposure there most likely were many other sexual overtures present in the world of the preadolescent ranging from mainstream entertainment, to talk among peers, to the parent-foreign world of interactive gaming online. Let’s just say that before it occurs to many parents to have the talk there has already been a whole lot of talk.

So What’s a Better Game Plan?

I mentioned to my wife Aimee that I was working on this article. She listened to what I had to say and forwarded me an email that she wrote in correspondence with a mother who asked her a question about the talk  a few years back. She was specifically asking about her fifth grade daughter. What Aimee had to say is really good—better than what I have to say—and I’m just going to copy/paste her response. (With her permission of course. Wife = crown of creation + bone of my bone, flesh of my flesh).

An Excerpt from Aimee’s Email

“The sex talk shouldn’t be a talk,’ singular … rather, a building upon conversations that unfold over time. That’s a HUGE TOB premise … TOB is often confused for a sex and chastity program, but it’s much more about anthropology … who are we as male and female and what do our bodies reveal about what we are made for. Sex is only one dimension of that anthropology. So the facts about sex should flow from a prior foundation about the body and the soul relationship, what the body is for, etc.

Most TOB teachers (myself included) prefer using correct terminology for the body, avoiding cute or confusing nicknames for private parts or euphemisms. This helps foster respect and wonder for the body instead of shame that is often implied by avoiding direct talk about the body, i.e. if we can’t even say the names of these parts, does that mean they are bad or shameful? It’s truthfully amazing how God has made our male and female bodies with such differences! What an awesome gift! What a great God who gave us such wonderful bodies that can do so many things and most especially that can show love!

I suggest beginning with explaining her own female body from the perspective of procreation: ‘You are a girl, and girls have special parts inside that are for keeping a baby safe while s/he grows and gets ready to be born. The womb is where the baby grows … ‘

I have found being honest but broad is a good tactic because there’s no need to give more details than necessary. Kids are often satisfied with broad truth. Being broad gives information without burdensome or confusing details, but it also allows for follow up questions if she has any. Starting with the body parts and their purpose is also really important to building a foundational understanding of sex, especially because this is such a wildly undermined truth in the culture, which pretends sex, procreation, the body, and gender are divorced and have no connection at all.

P.S. My own kids (age 8 and 5) have only reached this level so far. No sex questions yet. But they have been told about male/female differences, correct anatomical names, and we recently had a conversation that was almost exactly what I wrote above.

For the sex question, I’d be as broad as possible for the same reasons mentioned above. St. Therese once asked her father some kind of reproduction question, and he told her he would tell her ‘only as much as she could carry,’ and when she was old enough to carry more, he would tell her more. I have always loved this idea. It’s okay to tell her that’s all she needs to know for now and that you will give her more information when she’s a little older.

So for the question ‘what is sex?’ I would basically say something like ‘You know how we learned where the baby grows until s/he is ready to be born. Sex is how the baby is started inside the womb.’ I know that’s super vague, but she may be totally satisfied with that. If not, proceed in baby steps. ‘When the mom and dad get married, sex is how they start their babies inside the mom’s womb because they love each so much.’

Some general things I always try to connect/bring up when talking about these issues: the body is good and is a gift; we treat our bodies and other people’s bodies respectfully; our bodies are for showing love; sex is for husbands and wives; sex is to start babies and show love; all of this is a gift from God and He gave us helpful rules for how to do it all best.

Another thing: it’s important to be calm and not embarrassed so kids feel like it’s 100% okay to ask questions about this stuff. Unfortunately we can’t control all the external sources that impart bits of information (often false or distorted) to our kids. So being the calm, approachable, honest source of information is really important to encourage them to come to us instead of their playground friends or older siblings (which is a common source of wacky info lol).

So here are her points in summary:

Healthy talk, understanding, and integration of our sexuality starts at home. In most cases that will probably mean some healing, growth, further thinking, and education on the part of parents. Consider this though: Isn’t the reality of being a parent, which all got started with sex, a good and fitting place from which to launch healing and growth in your own sense of sexuality? In the words of Scripture so often repeated by St. John Paul II, “Be not afraid!” (to do more than have the talk).

Theology of the Body for Teens: Middle School Edition

Aimee and Colin MacIver are co-authors of Power and Grace: A Guide to the Catholic Sacraments, TOB Teens Middle School, and The Parent and Sponsor Guides for Chosen: Your Journey Toward Confirmation. Colin is also the author of the Quick Catholic Lessons with Fr. Mike companion. Both are graduates of the Franciscan University of Steubenville and teach at St. Scholastica Academy. They live in Covington, Louisiana with their two children, Leo and Zelie. Colin is host of the TightRope: Reflections for Busy Catholics podcast.