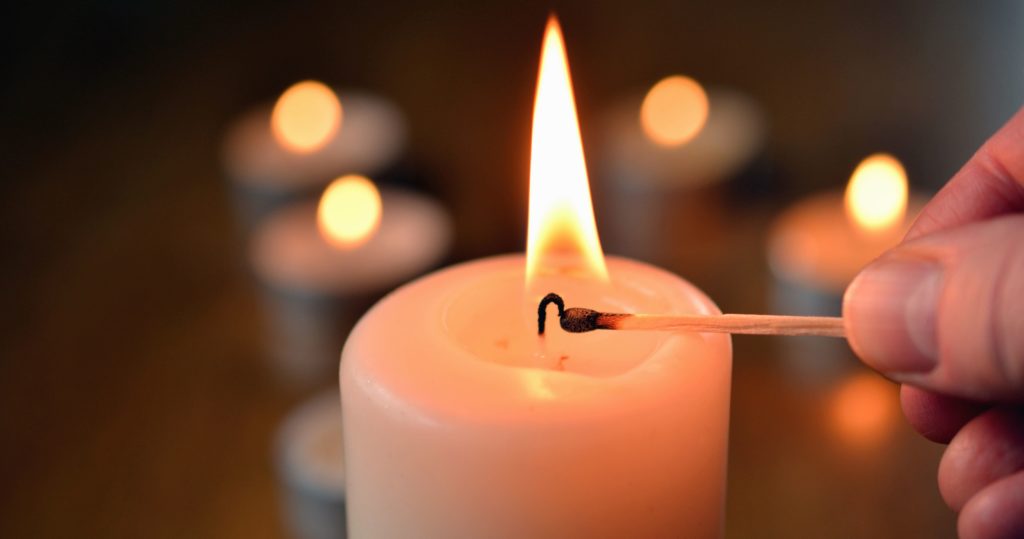 November 2, All Soul’s Day (and the first week of November), is the Church’s most earnest and concentrated time to pray for the dead. In fact, St. John Paul II was ordained on All Saints Day, November 1; and accordingly, he celebrated three “first Masses” the next day—on All Soul’s Day, the day on which a priest is permitted to offer up to three Masses on behalf of the dead. On November 2, 1946, John Paul II offered Masses for his deceased father, brother, and mother, all of whom he lost before he turned twenty-one.

For me, there are loved ones I call to mind every Mass, especially as the gifts are brought forth. For the Mass is the offering not just of Christ the Head, but of the entire Body of Christ to the Father. I intentionally place them upon the altar, along with the making-present of Christ’s efficacious and atoning sacrifice.

The Catechism notes with regard to funerals:

“The homily in particular must ‘avoid the literary genre of funeral eulogy’ and illumine the mystery of Christian death in the light of the risen Christ.”

“In the Eucharist, the Church expresses her efficacious communion with the departed: offering to the Father in the Holy Spirit the sacrifice of the death and resurrection of Christ.”

But why pray for the dead? For many, remembering the dead and celebrating their life makes sense; but why do they need our prayers?

Our confusion here is because we no longer take seriously the full reality of sin. What do I mean?

We tend to readily understand that sin separates us from God and that we need to be reconciled back to him. But we often fail to realize that we need more than merely forgiveness.

Sin not only ruptures our relationship with God—it wounds us in the process. Imagine a nail stuck in a piece of wood. Forgiveness is represented by the removal of the nail. But the wood is not yet “whole”; there’s still an empty space in the wood left by the nail—which remains after the nail has been removed.

Forgiveness deals with the eternal consequences of sin (heaven or hell). But there still remains the temporal consequences of sin, namely, the way in which sin wounds us, the residual effects of which remain long after we’ve been forgiven (see CCC 1472 and my previous blog on indulgences).

The language I use with my students is as follows: God wants not only to forgive us, but to heal and transform us. If forgiveness attends to the eternal consequences of sin, God’s work of healing and transformation attends to the temporal consequences of sin. If the former is symbolized by the “removal of the nail,” the latter is signified by filling in the hole left behind.

Frankly, our puzzlement over why we should pray for the dead has much to do with our modern assumptions of instant canonization for our deceased loved ones. Don’t get me wrong: we should have great hope in God’s mercy. But God desires to thoroughly heal and transform us, so that our joy and communion with him may be as complete as possible; and this often entails further transformation after death.

“Nothing unclean” will enter heaven, says Revelation 21:27; this is not because God doesn’t want us there or refuses to associate with us fallen creatures. Rather, this follows on the nature of things: sin—or any of its vestigial effects—hinders our union with him; it hinders our intimacy and joy with him. Purgatory, in other words, is precisely because of how much God loves us. Any judge can acquit a defendant; but salvation is about far more than that—it’s about adoption into the family of God and sharing in his very life.

God begins his great work of transformation in this life; if left incomplete upon death, he will complete the process of making us into glorious saints after death—that’s what we mean by purgatory, which is not a “second chance” or a half-way house. Rather, purgatory is for those who die in friendship with Christ, but not yet completely transformed and purified (see CCC 1030). A canonized saint, on the other hand, is one who fully underwent that process of transformation in this life, and the miracles wrought at their intercession is a divine sign that this is in fact the case.

Because for most of us God’s transformation in us is not fished upon death, from the beginning the Church has prayed for the dead. In fact, there is clear Jewish precedent in the century or two leading up to Christ; speaking of Judas Maccabeus and the action he took on behalf of the dead in battle, we read:

“Therefore he made atonement for the dead, that they might be delivered from their sin.”

Analogously, St. Paul speaks of some being “saved,” “but only as through fire” (1 Corinthians 3:15).

Both of these texts speak of continued atonement or purification after death—which means that upon death, it’s not just heaven or hell. It means, in other words, that for many God completes His work of transformation after death.

Similarly, Jesus speaks cryptically about sin and its effects, leading to imprisonment—in which one does not get out until they “have paid the last penny” (Matthew 5:25-26). Getting out of this metaphorical prison implies that Jesus is not speaking about hell. Non-biblical Jewish texts (besides 2 Maccabees) clearly attest to a place of redemptive suffering, a “purgatory,” of sorts, which Matthew here seems to be picking up on.

The point of debt-bondage in the ancient world (which is the background for Matthew’s metaphor) is not to lock someone away indefinitely, but to coerce funds from family or friends (see Nathan Eubank’s Wages of Cross-bearing, 59). In Jewish Scripture and tradition, debt becomes a key analogue for sin—our bondage to sin—an analogue which shows up in the Our Father (see Matthew 6:9-13). The ability to “pay” this debt both in this life and the next expresses symbolically how God is addressing the temporal consequences of sin (for example, through penance in this life or purgatory in the next). And the point of Jesus’ debt-imprisonment metaphor is precisely that it implies neither hell nor heaven, but a place purification which is temporary.

This backdrop is why it was so natural for the early Church to pray for the dead, as St. Monica famously asked her son to remember her at the altar when she died (see St. Augustine’s Confessions, book IX, ch. 11). Similarly, St. John Chrysostom says the following in the fourth century:

“Let us help and commemorate them [i.e., the deceased]. If Job’s sons were purified by their father’s sacrifice, why would we doubt that our offerings for the dead bring them some consolation? Let us not hesitate to help those who have died and to offer our prayers for them.”

Done out of Love

Thus, from the beginning the Church has seen the need and tremendous value in praying for the dead. It is an act of charity, one that was likely more intuitive and self-evident in more traditional cultures, where the “family” was far more than one’s immediate relatives. In the Family of God, the Church, our immediate families are caught up in the life of the pilgrim Church on earth, the Church suffering in purgatory, and the Church triumphant in heaven—all three together are united in Christ and form the Church, the Bride and Body of Christ. Death does not sever this union—anybody connected to the vine is connected to one another (see John 15:1-5).

We pray for the dead not out of fear, but out of love. We trust in God’s mercy; and we trust in his saving plan which is about far more than mere forgiveness of sins. It’s about the infusion of divine life to heal and elevate our fallen natures, making us sons and daughters in the Eternal Son—sharing in his filial relation to the Father (see CCC 460). Moral perfection could not earn one drop of this divine life. But this is exactly what the gospel is all about.

Finally, let’s keep in mind this bond of loving communion that unites us with the fallen in Christ: we should have great confidence that our prayers for them will be returned in a special way. Only God and the saints know how vital and powerful our prayers have been for those in purgatory; surely, they will not forget this kindness when they reach their glorious union with God. We are then assured of their loving prayers in return, which no doubt have a far greater effect upon our lives than we realize.

As we eat our Halloween candy, we should remind our children of Halloween’s theological roots—for it is the Eve of All Saints (this is not to say that we shouldn’t trick or treat). As we approach All Soul’s Day, we should not shy away from the reality of death; in fact, in Christ, we need no longer fear death. It’s certainly worth visiting a cemetery with children, in order to pray for the dead and to face the reality of death with unabridged Christian faith.

This is particularly true: for the Mass unites heaven and earth.

All Saints and All Souls Day: Our Reminder to Keep Striving [The Tightrope podcast]

All Souls, Purgatory, and Prayer for the Dead

A Fiery Faith for All Souls

Dr. Andrew Swafford is an associate professor of theology at Benedictine College. He is a general editor and contributor to The Great Adventure Catholic Bible, published by Ascension. Swafford is author of Nature and Grace, John Paul II to Aristotle and Back Again, and Spiritual Survival in the Modern World. He holds a doctorate in Sacred Theology from the University of St. Mary of the Lake and a master’s degree in Old Testament & Semitic Languages from Trinity Evangelical Divinity School. He is a member of the Society of Biblical Literature, Academy of Catholic Theology, and a senior fellow at the St. Paul Center for Biblical Theology. He lives with his wife Sarah and their four children in Atchison, Kansas.

This articles was modified on November 4, 2019.