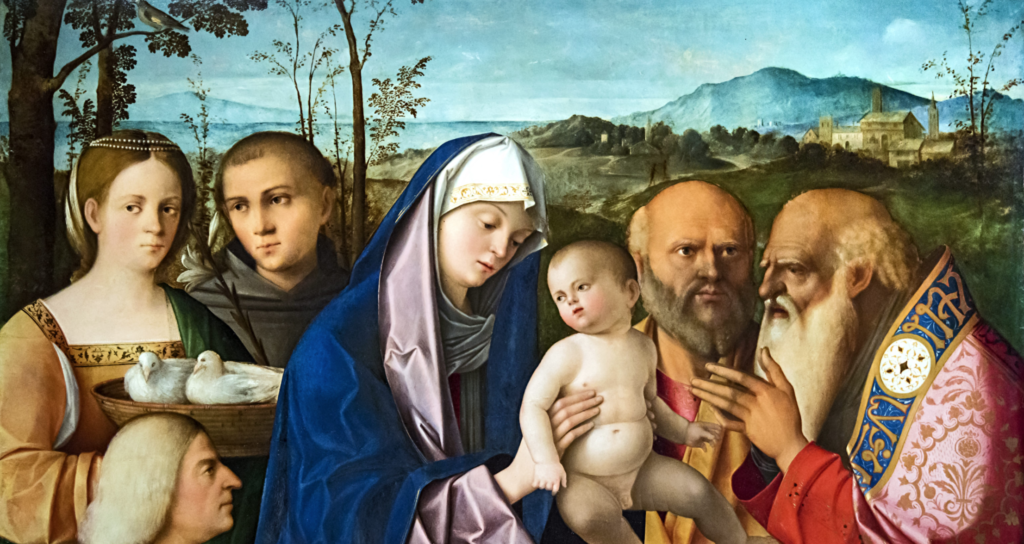 While preparing for the sacrament of penance you may reflect on the Ten Commandments as part of your examination of conscience: “Have I taken the Lord’s name in vain? Have I stolen? Have I coveted or envied other’s things?” etcetera. It’s not likely that you reflect on the kosher laws in the Old Testament: “Am I circumcised? Have I eaten pork or lobster? Have I worn a blended fabric?” etcetera.

Why are the Ten Commandments (in Exodus 20 and Deuteronomy 5) still binding for us as Christians, while the dietary and ceremonial laws in those same books are not? An understanding of the biblical history of these laws will help to answer this question.

Abraham, I Said “Cut It Out”

God gave the first of these laws to Abraham. We honor Abraham as a patriarch and Old Testament saint, but this doesn’t mean he was perfect. Like many saints, Abraham had a rocky start, disobeying God on more than one occasion. Here’s a few examples:

In all of these instances, we see doubt in Abraham. He doubts that the Lord will bless and protect him, and he takes it upon himself to acquire what the Lord has promised to give him. Sleeping with Hagar must have been the final straw. At that point, God issues a new command to Abraham:

Ouch. Was that really necessary? Couldn’t he have gotten a tattoo, or something that would have been just as permanent but would have left him intact? Think about it though. If Abraham was to be the father of God’s chosen people, then this chosen people had to be different than other nations. Circumcision makes this difference clear. It is the sign of the covenant between God and Abraham—a sign that marks the very organ necessary for men to procreate. Sealed with this sign, Abraham would conceive Isaac, the father of Jacob (who is later renamed Israel).

So God commanded circumcision as a sign to mark a person as a son of Abraham, as one of God’s chosen people. His offspring, conceived with this covenant sign, were to be marked in the same way. So why are we no longer required to be circumcised? And what about those other Old Testament dietary laws?

Like Abraham, Israel was not perfect. There are many times in its history when Israel falls short of their calling as God’s chosen people. One of the most striking instances is in Exodus 32. In this chapter, Moses is on Mt. Sinai receiving the Law from God written on two tablets of stone. Meanwhile, the Israelites are at the base of the mountain plotting against God. There they coaxed Aaron into building a golden calf, which they then began to worship as their god.

Soon after, Moses came down from the mountain.

“As he drew near the camp, he saw the calf and the dancing. Then Moses’ anger burned, and he threw the tablets down and broke them on the base of the mountain” (Exodus 32:19).

It seems Israel was not quite ready to be God’s chosen people. Aaron describes their condition well:

God knows exactly what they need.

The Longest Time-Out in History

As a father, I sometimes have to create unique disciplinary measures to keep my kids out of trouble. One of the most effective methods is to place them in time-out or ground them. This separates them from the things that got them in trouble in the first place, and it gives them time to think about what they did wrong. The dietary and ceremonial laws of the Old Testament are actually a lot like that. They are designed to separate Israel from the pagan influences around them, and to remind Israel of who the One True God is.

Like wayward teenagers, God tells them not to hang out with the other nations, who keep getting them into trouble:

“Take care not to make a covenant with the inhabitants of the land that you are to enter; lest they become a snare among you” (Exodus 34:12).

To ensure Israel stays separate, God set down rules that made it all but impossible for other nations to influence his chosen people. They were not to eat like them (see Leviticus 11), nor look like them (see Leviticus 19), nor act like them, nor marry them (see Exodus 34:16). But God did not intend for these disciplinary laws to last forever. When Israel finally learned their lesson, they would no longer need these laws. This is exactly what Moses tells them:

With a change of heart, the Israelites who were “prone to evil” would no longer need the disciplinary measures meant to keep them out of trouble. As St. Paul explains:

“Why, then, the law? It was added for transgressions, until the descendant came to whom the promise had been made … the law was our disciplinarian for Christ, that we might be justified by faith. But now that faith has come, we are no longer under a disciplinarian” (Galatians 3:19, 24-25).

How are we justified by faith?

“Through faith you are all children of God in Christ Jesus. For all of you who were baptized into Christ have clothed yourselves with Christ. There is neither Jew nor Greek, there is neither slave nor free person, there is not male and female; for you are all one in Christ Jesus. And if you belong to Christ, then you are Abraham’s descendant, heirs according to the promise” (Galatians 3:26-29, emphasis added).

With the coming of Christ—and by baptism into him—we have received from God the circumcision of heart for which Israel had been longing. Those who are baptized and have faith in Christ are no longer Jews, or Greeks, or Italians, or Germans—they are Christians. And, “in Christ Jesus, neither circumcision nor uncircumcision counts for anything, but only faith working through love” (Galatians 5:6, emphasis added).

This is why God tells us to observe some biblical laws and not others. Christ fulfills circumcision and the ceremonial laws of Moses. Christ came not to “abolish the law or the prophets” but to fulfill them (see Matthew 5:17). The law and the prophets ask two things of us:

In other words, “faith working through love” fulfills the law and the prophets.

Take a moment to reflect on what it means to be a son or daughter of God. What makes a person a child of the Father? Does our relationship with God depend upon performing a specific ritual, or is this relationship based on the way we act in our lives? Perhaps it’s both. How would someone know that you are a child of God? Share your thoughts in the comments at the bottom of the page.

If you would like to learn more about this topic, I highly recommend the study Galatians: Set Free to Live by Jeff Cavins and Gayle Somers.

Why the Golden Calf Explains All Those Old Testament Laws

Do Catholics Follow All Those Weird Old Testament Laws? (podcast)

This article was published on TheCatholicYearofFaith.com in two parts, and republished on the Ascension Blog on Oct. 5, 2017.

Does God Command Evil Acts in the Bible?
If God Created All Things Good, Why Does Evil Exist?
Why Did God Ask Abraham to Sacrifice Isaac?
The Difference Between Ceremonial, Judicial, and Moral Law
Has Ascension's free media strengthened your faith?
You can now offer ongoing support for this content with a recurring gift.
Support Ascension