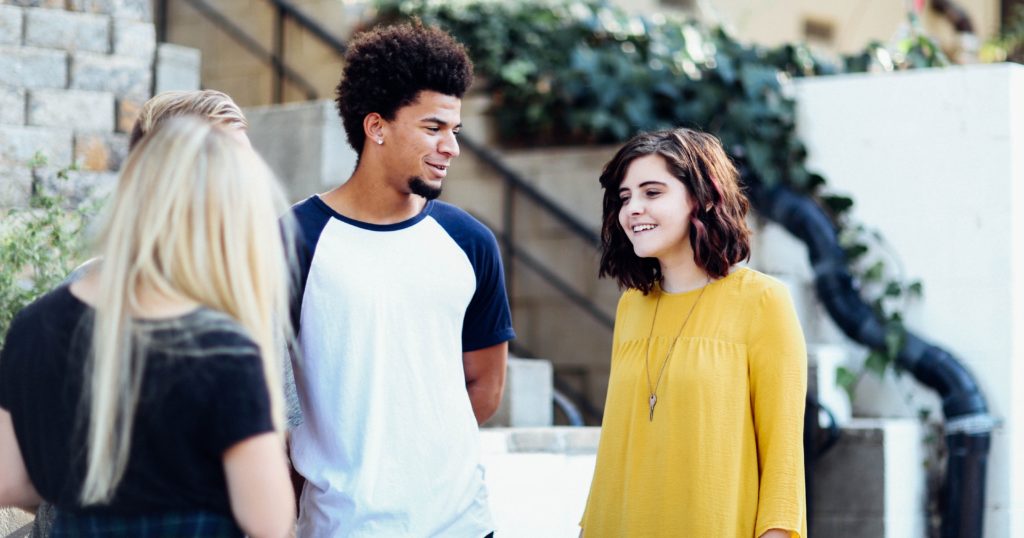 I received a call from a new youth minister the other day. To put it bluntly, he sounded very defeated. When I asked him what was wrong, he said he felt like he was failing in his new position.

“Why?” I asked him, “Have you stopped praying? Cause that’s the only way you could be failing.”

“No, I’m praying more than ever“ he said, “But I can’t seem to get these teens into the Bible. I studied theology in college and I know it well, but they just don’t care about what I’m saying.”

His words were difficult to hear. I think they were difficult for him to say, too. They escaped his lips with a little shock and a trace of indignation.

He went on to tell me all about the new Bible study he’d launched and the initial throng of kids that came. He then told me of the dwindling numbers, growing frustration and feelings of annoyance that “these kids just don’t care about the Bible.”

It was at this point that I had to stop him.

My younger brother in the Faith had the knowledge (content) but was lacking the know-how (context) when it came to translating God’s timeless Word in a timely way with teenagers. It’s not as easy (as many of you reading this know already) as passing along facts about the Bible.

Teens can tell if you have really ruminated on the Scriptures personally or if you’re passing it along as personally-unapplied “faith lessons” for them.

Additionally, if we as leaders haven’t taken the time to prayerfully discern different Scripture passages or characters or stories and how they contextually fit into a modern teenager’s life, that’s not their fault. It is ours. Sacred Scripture is timeless, yes, but it still has to be shared in timely and effective ways.

The seed deserves a fighting chance on this twenty-first century soil. Before you sow, grab a pickaxe or a shovel, and get working on that topsoil.

10 Questions You Should Be Asking Yourself

I shared the following ten questions with him. This is a list I use personally whenever preparing a Bible study or teaching. It helps me to keep myself in check and insure that “what I find interesting” is not replacing what will engage the teens.

Maybe they will help you, too, before your next Bible study:

I asked the youth minister for permission to share our conversation in this blog. And if you’re reading this, my brother or sister, remember you have nothing to be ashamed of. You only fail when you stop praying—or when you quit trying. Don’t quit! Five or six thousand more “failed” attempts and you’ll almost be caught up to me!

But seriously, ain’t it awesome to get to work in the vineyard of the Lord?!? Sow that seed!

This article was first published on The Great Adventure Blog in February, 2014.

Youth Ministry’s Greatest Resource (Is Not What You May Think)

Youth Ministry in an Age of Desensitization (podcast with Brian Butler)

Texting was God’s Idea: The Bible and Modern Teens
Youth Ministry’s Greatest Resource (Is Not What You May Think)
Has Ascension's free media strengthened your faith?
You can now offer ongoing support for this content with a recurring gift.
Support Ascension