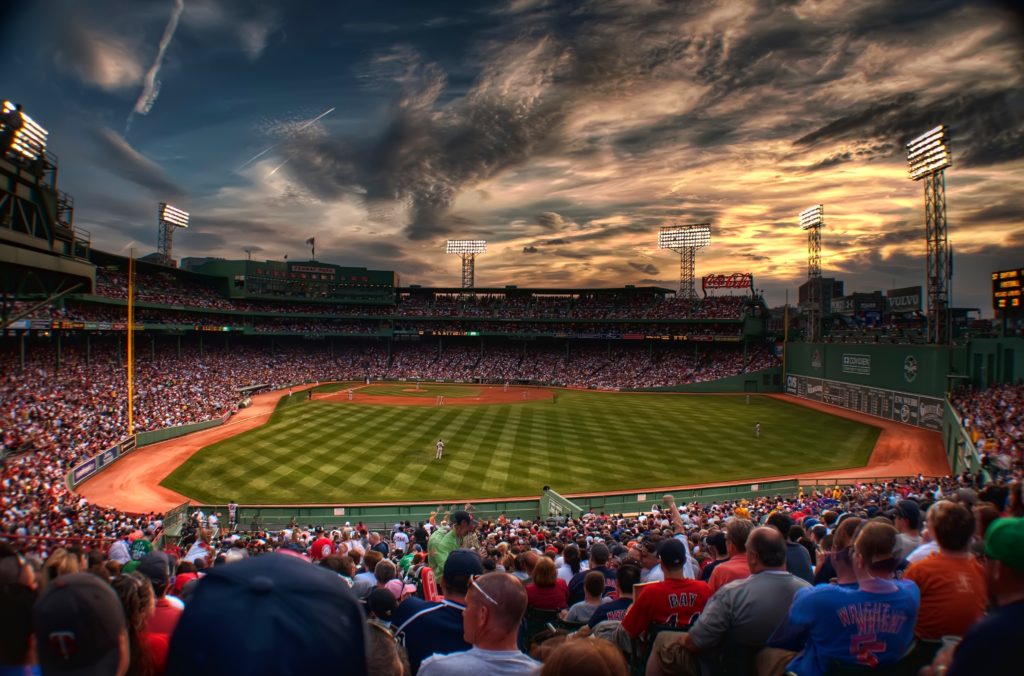 I am a big baseball fan. At least that’s how I thought of myself.

Growing up, my dad taught me to root for all the Philadelphia sport teams, and I did (as hazardous to one’s health as that can sometimes be).

But baseball was always my favorite. It’s the sport I most enjoyed playing, watching, even reading about. If the Phillies were not on, I would watch any other game I could: Red Sox/Yankees, Greg Maddux pitching for the Braves. Traveling to (old) Yankees Stadium, Fenway, and Wrigley had the aura of pilgrimage to them.

Watching the Phillies play fun, excellent baseball in my high school and college years was especially exciting. For all these reasons, a recent incident shocked me. I was sitting in a pub with a few people. I made a quick reference to a baseball replay which flashed on the screen. One of our fellow diners—a public intellectual—turned to me and said, “Who won last year’s World Series?”

I had to stop. I did not know. And that was exactly why he asked the question.

Eventually, I did come up with the answer (the Houston Astros). But the point had been made. Baseball has lost much of its cultural relevance. Society has become too busy for baseball, it seems. The leisurely pace of the game was always its attraction, not its downfall. But the days of warm summer afternoons at the ballpark have gone by for many reasons. Since the age of Primetime, a typical World Series game ends well after many people have gone to bed.

Meanwhile, our society’s obsession with data has caused change not just in player evaluation, but actual gameplay. The data says that singles are meaningless and shifts are essential on most plays. As a result, most Phillies games this year seemed like exchanges between the pitcher and catcher, punctuated by an occasional swing-and-miss or home run. Many of the exciting plays in baseball—the squeeze, the hit and run—have become rare species.

In the process, the players themselves have lost some of their personality. Can you name any players today as memorable as Schmidt, Rose, Ozzie Smith, George Brett, or Randy Johnson? That’s not to mention Mays, Ruth, Mantle, and DiMaggio.

The state of baseball, it seems to me, is a microcosm for our times. What used to be fun and leisurely has become lifeless, yet hyper-analyzed at the same time. For proof of this, we can take a look at the stands at the Phillies game: empty seats dotted with a few stressed out people on cell phones.

The same forces ruining baseball are sucking the life out of so much else in our culture. No one has time for leisure – they are too busy working or being angry about something. We have even begun to turn working out into a religious ritual. Instead of a calm, reasonable pace of life, built on networks of solidarity and shared community, we are isolated atoms moving rapidly in no particular direction.

Forget the rarified air of professional athletes for a second: how many “regular students” interact at all with popular athletes on college campuses? Instead of rooting for people because they are a part of our community, we support – even in colleges – the “product on the field.” You actually hear that word used: “product.” It’s fine for a MacBook or ton of steel, but to describe human beings engaged in sport, it is grotesque.

As the Synod Fathers continue their deliberations in Rome, they might wish to take stock of this situation. We certainly do not need a “Ten Commandments of Baseball” or a Mike Trout jersey for the pope. What we do need is a recognition that the social forces hollowing out baseball are at work in all other aspects of our lives, at least here in the so-called developed world. These forces have been especially devastating to young people, whether or not they realize it.

If we allow ourselves to be taken in by the allure of the pre-packaged, “product”-driven, anxiety-fueled anti-culture by abandoning sound doctrine, the game will be over. Before it’s too late, the bishops should listen to the die-hard fans clamoring for transparency and reform – without capitulating to the spirit of the age.

Current problems notwithstanding, without baseball, the world would be poorer. Without a Church that boldly stands for liberation in the face of our modern-day slavery, it would be infinitely more so.

This article was originally published on CatholicPhilly.com on October 9, 2018. It has been republished on the Ascension Blog with permission.

Don’t Put A Period Where God Put A Comma

Be Better at Hospitality #075

Latest Content from Jackie Angel, Fr. Josh Johnson, and More
Has Ascension's free media strengthened your faith?
You can now offer ongoing support for this content with a recurring gift.
Support Ascension