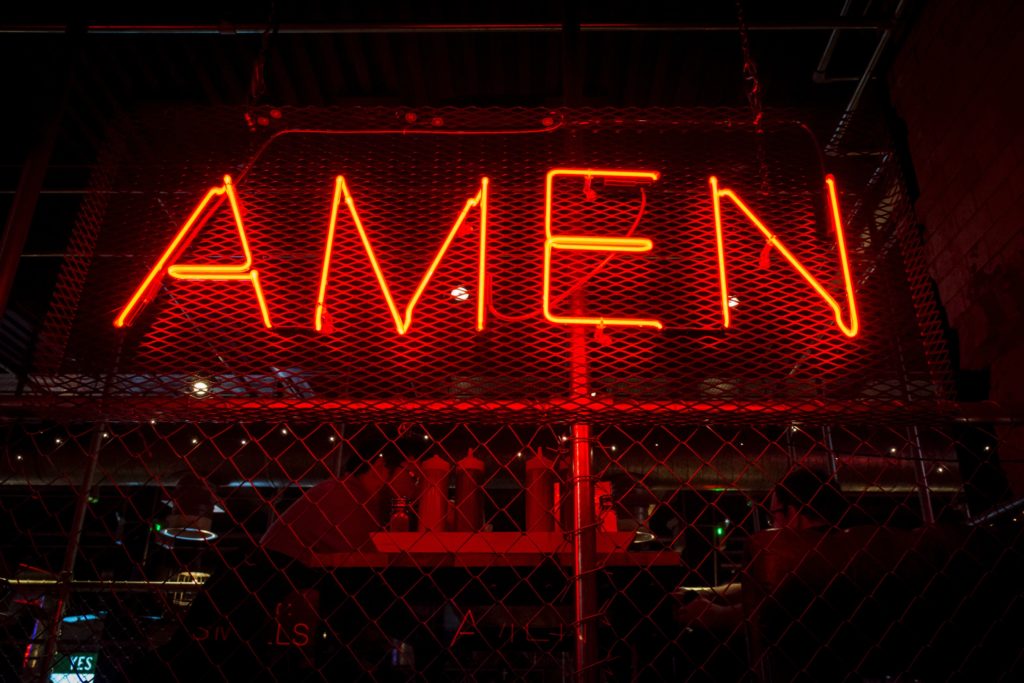 In this day and age when there are predictions of cataclysmic catastrophes due to climate change, mega volcanoes or earthquakes of epic proportions, we begin to wonder what the future holds. What are the “signs of the times” that the Bible mentions? Should we be looking for something particular? As Catholics, there seem to be mysterious apparitions and predictions that catch our attention, such as the secrets of Fatima or the St. Malachy predictions about the last pope. How are we to interpret these things? And what about finding roses when you pray to St. Therese the Little Flower?

What constitutes an official sign from God? In Matthew 24, Jesus predicts warning signs for the end of the age, but he also cautions that “But of that day and hour no one knows, not even the angels of heaven, nor the Son, but the Father only.” Basically what he wants from us is that no matter what is happening we should be ready to meet him whether it’s the end of the age or the end of our individual life. He doesn’t want us to be living as though our immediate pleasures are what count the most. He warns us not to be reveling like the people in Noah’s time, who did not heed the prediction of the flood and therefore were not prepared to meet their end (Matthew 24:36-38).

The Catechism helps us understand how we should live:

“God can reveal the future to his prophets or to other saints. Still, a sound Christian attitude consists in putting oneself confidently into the hands of Providence for whatever concerns the future, and giving up all unhealthy curiosity about it. Improvidence, however, can constitute a lack of responsibility” (CCC, 2115).

Apparitions and Signs from Saints

There are definite signs that God has given to us that can be found in the Scriptures and from Christ’s life on earth. They are things like the Resurrection, the Eucharist, the outpouring of the Holy Spirit. All of those signs were verified by many witnesses and written in the Scriptures to be passed on through the generations.

The scribes and the Pharisees asked Jesus for a sign, and Jesus responded that the only sign he would show them was the Resurrection. He told them it was “the sign of Jonah” which refers to three days in the belly of the fish just like three days in the tomb (Matthew 12:38-40). If the Pharisees understood that sign, hopefully they responded and became disciples after the Resurrection.

Signs that have happened since the Scriptures were written must be investigated by the Church to approve the claim. The apparition from 1879 in Knock, Ireland, is an approved apparition, which was seen by a group of fifteen people. They saw the Blessed Virgin Mary, St. Joseph, and St. John the Baptist appeared on the side of a wall. Near the figures of Mary, Joseph, and John the Baptist was an altar with a cross and a lamb upon it. This apparition was approved by the Church in 1936 and is a major pilgrimage destination. For the Church to approve an apparition, the testimony of witnesses is a key component.

Finding Roses as an Answer to Prayer

Many people have recounted to me the joy of receiving roses upon praying a novena to St. Therese. The stories are often uncanny. One such story was told to me by Fr. Matt Guckin on a recent pilgrimage to Ireland. These are his words:

“As my dad was approaching his death (he’d been suffering with cancer) he asked if I would take him to a beach in New Jersey. I had been praying a novena to St. Therese, my intention being that my dad die peacefully.

The day my dad asked me to take him to the beach happened to be the last day of my novena.

On the way home that night I remember thinking: sometimes people receive a rose on the last day of the novena to St. Therese, the Little Flower, as confirmation that the prayer has been answered.

My dad was fumbling through his wallet as I was driving and handed me a picture of him and my mom, taken on the occasion of their twenty-fifth wedding anniversary.

When we arrived home that night I put my keys on a table and looked intently at that picture he’d given me.  After staring at it I noticed that my mom was holding a rose!

It’s one thing to receive a sign that a prayer was heard by a saint, but what about “signs” that a loved one is near us or wants us to know they are OK. I have also heard many incidents where unusual things happen, which make one think there is a connection to a loved one who has died.

There are two types of signs, objective and subjective. We have already mentioned objective ones such as the Resurrection. The other type is subjective in which category we find personal signs. There is no way to prove that a feeling or a “sign” a person may have experienced is from God or is a message from a deceased loved one because there are no witnesses to interview. The Church warns in the Catechism not to entertain things that are classified as divination, superstition, or occult (CCC 2111, 2116–7), so we must take care that our experiences do not lead us into those areas. However, if something occurs that reminds us of those who are no longer with us on earth, we can draw comfort from that and praise God for that person’s life. That type of sign is considered a subjective sign.

Our faith has given us many signs to show us the way. Shortly after Jesus performed the miracle of the multiplication of the loaves and fishes, the people asked Jesus for a sign so they could believe. Jesus told them that he was the Bread of Life: that was the sign that he gave to them (John 6). The living bread from heaven that we still can eat today. That sign should be enough for us. It shows us that Jesus keeps his promises and that ultimately our lives and future are in his hands and so are the lives and future of all our loved ones.

Photo by Steve Harvey on Unsplash.

So Was King David Real?
The Assumption of Mary: A Sign of Good Things to Come
How Herod the Great Honored the King of Kings
St. Thérèse: A Saint for All Seasons
Has Ascension's free media strengthened your faith?
You can now offer ongoing support for this content with a recurring gift.
Support Ascension