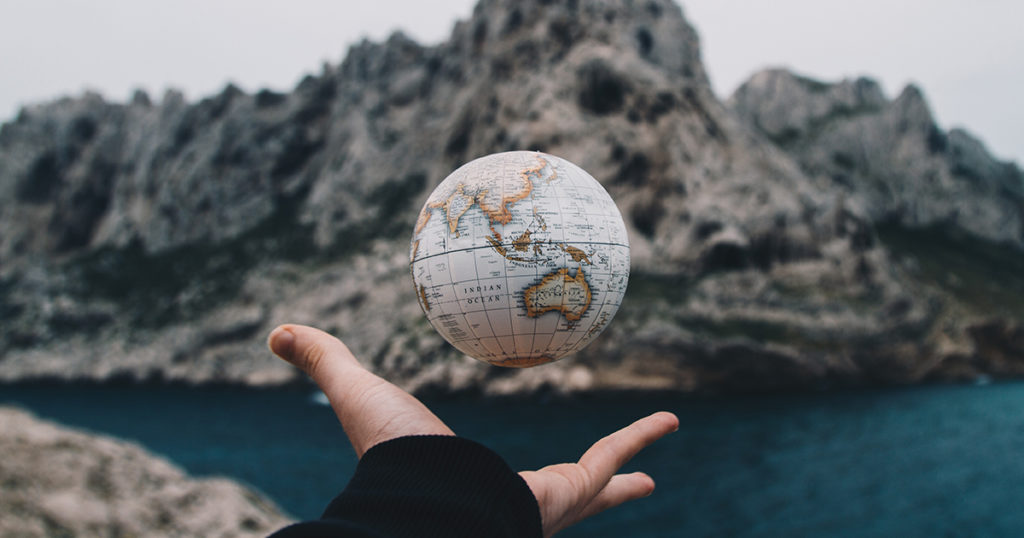 It seems clear that God is permitting a loss of the universal Catholic Faith in one part of the world, while fueling its growth in another. The growth is seen in the Southern Hemisphere and the loss of faith in the Northern Hemisphere, where the majority has rejected Christianity for secular humanism.

I recently read two sources that point towards this phenomenon of the rise and fall of the Catholic Faith in different parts of the world. The first source discusses the growth of the Faith: In his 2014 book entitled The Future Church, John Allen explores the dramatic increase in the number and influence of bishops from the Southern Hemisphere. The second source reflects how God is permitting a loss of faith: I came across a particularly dreary news article about the decline of the Catholic Church in Germany. Not only are people rapidly continuing to leave the Catholic Church in this bulwark European country, but for those who stay, participation in the sacraments is so low that fifty-four percent of clergy and ninety-one percent of pastoral assistants report going to confession only once a year or less.

But our God is a God of blessing and spiritual fertility, and his grace continues to spring forth in new parts of the world. In the Southern Hemisphere, the Church is growing rapidly. As Mehdi Hasan put it in a recent video for Al Jazeera English debunking the myth that faith is “on its way out,” the reality is that Christianity is “not declining, it’s just relocating.” This relocation has some pretty dramatic ramifications for the Church—many of which are real blessings

This growth is resulting in a changing “voice” within the universal Church, leading all the way to Rome. Pope Benedict XVI encouraged this shift in the “weight” of voices in the Church, particularly in regards to the Latin American church. According to Austin Iverleigh in his book about the life and rise of Pope Francis, titled The Great Reformer, Pope Benedict XVI wanted the Church in Latin America to have a more audible and respected voice in the universal Church, particularly through its episcopal conference known as CELAM.

With the election of an Argentinian pope, the “Pope from the New World” as he is often called, this phenomenon has become more pronounced. A month after he was elected, Pope Francis created a Council of Cardinal Advisors, about half of whom hail from Asia and other Southern Hemisphere territories. Thus, while still heavily European and specifically Italian, the Council clearly gives a voice to a wide swath of the universal Church. Another factor to consider is that as the Church continues to grow in the South, more dioceses are created and more bishops appointed, leading to a greater overall number of bishops from these regions who hold influential Church positions.

As might be expected, Church leaders in the North might struggle to adjust to these changes. The debates that emerged from the 2015 Synod on the Family were a prime example of how theologians from the North and theologians from the South can have very different perspectives and ways of approaching Church teaching. While no classification system is perfect, John Allen points out that these differing tendencies can be explained as ad intra versus ad extra approaches. Theologians in the North tend towards moral and doctrinal liberality and are often more concerned with ad intra topics, such as internal doctrinal discussions (i.e. whether the resurrection was a metaphor or a literal event). Church leaders in the South, on the other hand, tend to be more morally and doctrinally conservative, and they are often more focused on ad extra issues—on the external circumstances facing the people of God, such as threats to Christians posed by hostile religions. Surely, these tendencies to focus on different issues will lead to vigorous debate, as occurred during the 2015 Synod.

A More Mature Understanding of the Church

I see these developments as part of the natural growth of the universal Church. When it comes to the spread and maintenance of the Faith over the past two millennia, Europe has been at center stage. However, as the Church in Europe continues to atrophy due to the spread of secularism, new life bursts forth in other regions that have been gradually coming to maturity through more overt and ardent faithfulness to the teachings of Christ and the Church.

The shifting voices of influence in the Church contribute to our understanding of the Church in her role as “Institution”. While Rome will always hold a special significance in the Church as the See of Peter, the idea that the Church hierarchy should remain Eurocentric in simply inconsistent with a fully Catholic expression of the Church, which takes into account the various lived experiences and cultural expressions of the Faith that emerge from throughout the world. As Nigerian Archbishop Ignatius Kaigama put it when explaining the specific challenges facing the Church in Africa due both to its tribal history and intervention on the part of Western governments and organizations, “We might be poor materially, but we’re not poor in ideas.” These ideas are ready to be heard with increasing frequency and volume as the Church continues to mature in her understanding of herself and her members.

This article was first published on matthewpinto.com in August 2016.

The Importance of Unity in the Church

The Church and Immigration

The Sacramental Vision
The New Age Movement and Where It Came From
A New Feast: Mary, Mother of the Church
A Christmas Story in June: St. Boniface, Thor, and German Communion
Has Ascension's free media strengthened your faith?
You can now offer ongoing support for this content with a recurring gift.
Support Ascension