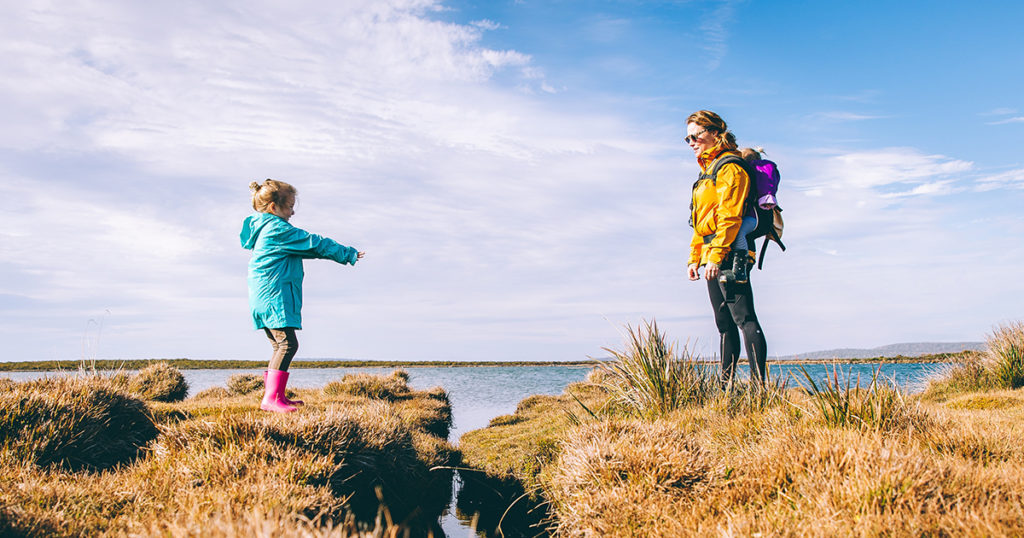 As a Church, we need to always live in the realm of what is “real and true,” including how we need to carry out our evangelization efforts so that all Catholics are impacted by the message of the gospel. To help in this assessment and planning, we need good information. An organization whose work I have turned to for such information is the Center for Applied Research in the Apostolate (CARA) at Georgetown University. If you have not heard of CARA’s research, I recommend their work. They are professional and relevant, particularly in the research they conduct regarding the Catholic Church in the United States.

CARA publishes a blog called “1964,” and a couple years ago they posted a profile of Catholics in the United States. They divided America’s Catholics into three groups: 1) those at the “core,” who attend Mass regularly and are involved in parish life; 2) those on the “periphery,” who attend Mass about once a month; and 3) those who, as “former Catholics,” no longer practice the Faith. CARA then examined each of these groups and broke them down using additional demographics, such as gender, age, race, sexual orientation, and education. The trends they discovered in each of these categories are interesting, but I will focus here on what CARA discovered regarding “generational engagement” with the Church. I then offer observations about the challenges in reaching each generation with the potent message of the gospel.

CARA found that fourteen percent of “core Catholics,” eight percent of “periphery Catholics,” and five percent of former Catholics belong to the pre-Vatican II generation. This generation, sometimes referred to by sociologists as the “Greatest Generation,” fought in World War II and grew up in the Church prior to the changes of the Second Vatican Council. This generation enjoyed an enveloping Catholic culture that permeated all facets of life, from social gatherings to family dynamics. They also grew up in a world where the wider ambient culture was more traditional in its values, and the gospel message wasn’t foreign. Pre-Vatican II Catholics tend to be better catechized than subsequent generations, although there is a fair amount of evidence that many have fallen prey to a more secular world view offered in our modern culture. Many seem to have a faith that is need of serious nourishment and formation, and the Church cannot assume that they need no special catechetical attention.

The next generation CARA looked at was the Vatican II generation, or what secular sociologists refer to as the Baby Boomer generation. Forty percent of “core Catholics,” thirty-five percent of “periphery Catholics,” and thirty-five percent of former Catholics belong to this generation. This generation grew up in a time of great change, confusion, and “self-realization”, and while many are inheritors of a Catholic culture and chose to remain in the Church, more than a third of former Catholics belong to this group. This generation can seem jaded, skeptical, and educated enough in the Faith to believe that they “get it” (richly understanding Catholicism and the gospel). Many in this group, though, hold beliefs that are contrary to the Faith. During my twenty-five years in apostolic work, I have historically viewed this group as “the hardest to reach” in terms of faith formation. (That said, the Millennials now give them a run for the money in this category. More on them on later.)

Next is the post-Vatican II generation, which overlaps with what sociologists refer to as Generation X. This generation grew up immediately following Vatican II and experienced a Church and a culture in flux. Thirty-eight percent of “core Catholics,” forty-eight percent of “periphery Catholics,” and forty-nine percent of former Catholics belong to this group. Note that the highest number of disengaged Catholics belong to this group. From a catechetical and evangelization standpoint, this generation was on the receiving end of faith formation that emphasized process over content, meaning there was a bit of a disdain on the part of the educational establishment for rote memory and more engagement in experiential learning for the purpose of internalizing more one’s beliefs.

Although Generation X Catholics (no pun intended) may have felt welcomed by the Church, the gospel message that they received had little teeth and was not presented convincingly enough to keep them in the Faith. Those who have remained in the Church are often weak on the “tough” teachings, such as the authority of the Church, sexual morality, marriage and divorce, and abortion, among others. In most cases, it might simply be that they have never received a compelling presentation or explanation of such teachings. Regardless of the reason, the fact remains that we find ourselves with a group of mostly marginal believers.

Finally, we hear much about the elusive Millennial Generation in the news. Millennials comprise only eight percent of “core Catholics,” nine percent of “periphery Catholics,” and eleven percent of former Catholics. I contend that this generation, much like Generation X, has experienced a perfect storm that makes it difficult to reach them with the truths of the Faith. They have grown up with a lack of formation and the lack of an enriching culture (Catholic and secular), they are constantly surrounded by digital noise, and they tend to be what Princeton researcher Christian Smith calls “moralistic therapeutic deists” (i.e., they believe that God exists, but God’s role in our lives is primarily for “therapy” reasons wherein we accept the truth of something based on the feeling or positive results it elicits; also, they would posit, everyone who is a “good” or “nice” person goes to heaven).

Apart from a unique movement of grace or some cataclysm in our society, this group is going to be tough to reach, due to the death grip that relativism seems to have on them. The notions of objective truth and natural law generally do not fly with this group. So, how do we reach them? I think the solution rests in Pope Francis’ “theology of encounter,” since the vast majority of millennials only engage with the Church when they feel connected with it—when members of the Church truly care for them, help them heal their wounds, and hear their opinions. I also believe the idea of “relational” ministry is a key to success. Relational ministry focuses on forming a relationship with a given person—a genuine relationship—before one hopes to influence belief. In short, great patience, energy, and creativity will be needed to reach this generation. The alternative is not reaching the millennials at all.

In the industrialized and secularized countries of the West, the Church’s ministry of evangelization and catechesis faces some difficult times. We will need to be at the top of our game if we are to have any meaningful effect. As CARA’s report reveals, Catholics of all different ages have left the Faith or are on the “periphery.” For those involved in ministry, it is important to be aware of the challenges posed by generational tendencies as we try to draw former and “periphery” Catholics back to the “core.” But I have every confidence that God will be faithful—if we exhibit faith and faithfulness as we step out into the deep.

This article was first published on matthewpinto.com on August 10, 2016.

A Cup of KeurigMa: How to Proclaim the Gospel (The Jeff Cavins Show)

Preparing Someone to Hear the Gospel Message (with Thomas Smith)

Does Marriage Have a Home Among Millennials?
Young People Are Leaving the Church—Can We Turn the Tide?
How Catholic Funerals Secure the Graces We Need at Death
Catholic Devotion Today: It's Not All Bad News
Has Ascension's free media strengthened your faith?
You can now offer ongoing support for this content with a recurring gift.
Support Ascension