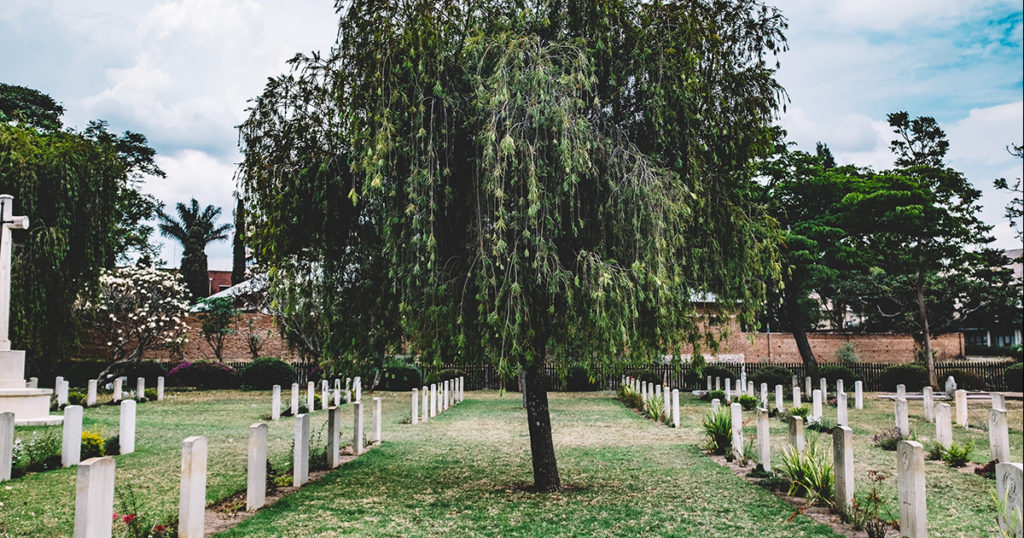 Recently we were asked what the Church’s teaching is regarding the scattering of ashes after cremation. To understand the Church’s answer, we need to consider these words:

“Indeed for your faithful, Lord, life is changed not ended, and, when this earthly dwelling turns to dust, an eternal dwelling is made ready for them in heaven.”

These words from the preface for funeral Masses offer comfort and hope to mourners, but also present perspective with regards to the deceased. If life is changed, not ended, and if we profess “the resurrection of the dead and the life of the world to come,” then we have sincere hope that this person’s body will be raised to glory at the end of time, and be reunited with the soul in heaven.

In that context, a writer from Louisiana asks:

“I see that Catholics may get cremated but can not spread their ashes anywhere, [the remains have] to stay contained. Why is that?”

Obviously, cremation, in itself, would not prevent our bodies from being raised on the last day.  For our omnipotent God, who brought all of the universe into existence starting with nothing, and who brings his own body into our presence starting with bread and wine, resurrecting and glorifying our bodies will not not present a problem, regardless of the state of the remains.

He was Crucified, Died, and was Buried

The resurrection of Jesus is the culminating truth of the Christian faith, preached as an essential part of the Paschal Mystery from the very beginnings of Christianity: ‘For I handed on to you as of first importance what I also received: that Christ died for our sins in accordance with the scriptures; that he was buried; that he was raised on the third day in accordance with the scriptures; that he appeared to Cephas, then to the Twelve’” (1 Corinthians 15:3-5).

Since the possibility of our own resurrection is linked to that of Christ, and since his body was buried, it stands to reason that:

Continuing from where First Corinthians left off above, the document also discusses Paul’s symbolic discussion of our bodies as seeds sown into the ground, which, at our resurrection, will raise from the ground (1 Corinthians 15:42-44), in a lovely interpretation of Jesus’ words in John’s Gospel:

“Unless a grain of wheat falls into the earth and dies, it remains alone; but if it dies, it bears much fruit” (John 12:24).

Solace of Survivors, Commendation by Prayer

St. Augustine had something to say about this as well, when he wrote On the Care of the Dead. After first covering the cases where burial is not possible (understanding that it is not always possible), he writes that it is preferred, but that this is not for the benefit of the dead, but:

“If this be true, doubtless also the providing for the interment of bodies a place at the Memorials of Saints, is a mark of a good human affection towards the remains of one’s friends: since if there be religion in the burying, there cannot but be religion in taking thought where the burying shall be. But while it is desirable there should be such like solaces of survivors, for the showing forth of their pious mind towards their beloved, I do not see what helps they be to the dead save in this way: that upon recollection of the place in which are deposited the bodies of those whom they love, they should by prayer commend them to those same Saints” (On the Care of the Dead, 6).

What Augustine says here, the Church agrees with: one of the benefits to having not just a burial, but a sacred place for the dead (such as a cemetery) is that people see these, and are reminded to pray for the deceased. This is one reason why the Church teaches that burying the dead is a corporal work of mercy. When we provide a set location for the remains of a loved one, there is not only a spot where we can go and pray on their behalf, but the very presence of a public place for the dead can prompt others to keep the dead in their prayers. This is eloquently summed up in by the CDF:

Burial is Preferred, but Cremation Permitted

This becomes particularly important when it comes to the issue of cremation. We will get into why the location matters shortly. But first, it is important to note here:

In other words, burial is always preferred, but in circumstances when this is not possible, cremation is permitted. If I, however, say that I want to be cremated because my body doesn’t matter any more after I die, this would be contrary to Christian doctrine and would not be permitted. Not only would this deny the hope of a glorified bodily resurrection, but it is disrespectful of a dwelling place of God. Human bodies are temples of the Holy Spirit, which have consumed the Body of Christ in the Eucharist, and should be respected as such.

Remains Must Be in a Sacred Space

This leads to the reason why cremated remains must remain together and buried or entombed. A sacred space such as a cemetery is fitting, an urn on the fireplace is not. This is for the protection of that respect, and of their memory:

The point being made here: even if I have the best of intentions, and fully intend to treat the remains of a loved one with respect if I keep them in my house, how do I know successive generations or future occupants of the house will do the same?

Finally, a corollary of this is that it is also forbidden to scatter the ashes in a non sacred location (such as the sea), or partake in technologies that offer to make jewelry out of the ashes, etc. Our souls do not simply disappear into the ether, or become absorbed into the cosmos. To presume our natural end is to become one with the sea, or one with a mountainside is considered the heresy of pantheism. God created nature, but our entering into heaven with God is by his choice, not by our “becoming one” with him by becoming one with the ocean.

As the Church began their instruction:

Thus, the ancient practice of memento mori, the memory that each of us will die. In addition to the benefits to our own souls in keeping this knowledge at the forefront, the way in which we treat our loved ones when they pass on forms us as well. It is thus good for us and our deceased loved ones to honor their souls and their bodies.

Wisdom: A Matter of Life and Death

The Reality and Mercy of Hell