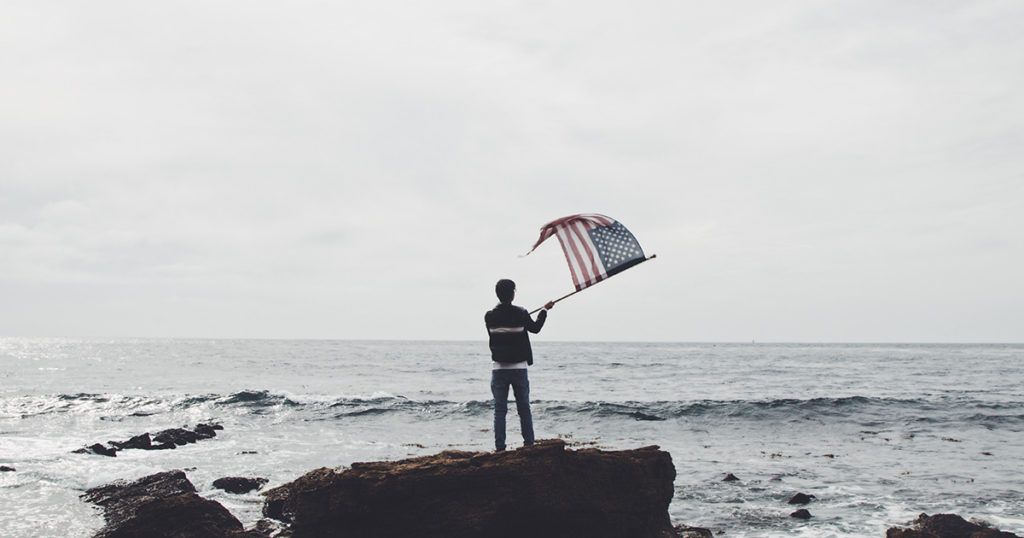 A reader from Facebook asked a question in response to my last article on the difference between the liberal and Christian view of freedom. He writes:

“OK, I’ll buy that. But where they going, they even know? Or just fumbling in dark, like a blind man?”

I am reminded of the Epic of Gilgamesh. Considered to be the earliest piece of literature in Western civilization, the epic prominently features the quest of the hero, eponymously named Gilgamesh, to find the secret of eternal life. Upon reaching the end of the journey, he discovers that eternal life is unobtainable for a mere mortal such as himself and despairs.

Similarly, is the journey in liberty begun by the Founders of this country ultimately pointless? After all, Benjamin Rush seemed to suggest this was the case when he declared that the American experiment “will certainly fail.” This is an excellent question and very dear to my heart as a Catholic who loves his country.

I am not inclined to place my faith in salvation through the political realm, but this was not always the case. When I was a conservative evangelical, my faith was very much bound up in American politics. As a Catholic, I have come to adopt a view more akin to Rod Dreher’s Benedict Option. Building Christian community is much more effective and enduring than direct political action which often proves transitory.

Nevertheless, it is still conceivably possible, though extremely difficult in this day and age, to rescue the American political experiment from the ruin which has fallen upon democracies of the past. To understand how it is possible, we turn to Orestes Brownson, an American intellectual from the nineteenth century and noted Catholic convert. Brownson was originally a radical liberal in the socialist vein. His conversion to the Catholic Faith facilitated his change to political conservatism. In the aftermath of the Civil War, he set out to discover where the young nation had gone astray. In his magnum opus, The American Republic, he named both the disease and the cure.

For Brownson, the Founders’ fundamental principles were not actually flawed. By insisting upon the equality of all men before God, as well as the possession of rights, they were merely articulating Christian natural law principles as expounded by some of the most learned doctors of the Church. Consider the famous words of Thomas Jefferson in the Declaration of Independence:

“We hold these truths to be self-evident:  that all men are created equal; that they are endowed by their Creator with certain unalienable rights … that, to secure these rights, governments are instituted among men, deriving their just powers from the consent of the governed; that whenever any form of government becomes destructive of these ends, it is the right of the people to alter or to abolish it, and to institute new government, laying its foundation on such principles, and organizing its powers in such form, as to them shall seem most likely to effect their safety and happiness.”

Catholic Undertones in the D of I

Now compare this to the teaching of St. Robert Bellarmine, a Jesuit cardinal from Italy who wrote on political theory in the late sixteenth century during the Counter Reformation. In his treatise on civil government, De Laicis, he wrote:

“All men are equal, not in wisdom or grace, but in the essence and nature of mankind.”  Furthermore, “Political power emanates from God. Government was introduced by divine law, but the divine law has given this power to no particular man. … Men must be governed by someone, lest they be willing to perish.  It is impossible for men to live together without someone to care for the common good. Society must have power to protect and preserve itself. It depends upon the consent of the multitude to constitute over itself a king, consul, or other magistrate. … For legitimate reasons the people can change the government to an aristocracy or a democracy or vice versa.”

Bellarmine’s own thoughts on natural law theory were rooted in the insights of the Angelic Doctor, St. Thomas Aquinas. Consider the prerequisite conditions necessary for justified resistance to authority which the latter enumerates in his Commentary on the Sentences of Peter Lombard. Aquinas writes:

“Authority may fail to derive from God for two reasons: either because of the way in which authority has been obtained, or in consequence of the use which is made of it.”

If the authority of the ruler remains illegitimate, Aquinas concludes that no one is obligated to obey an order that results therefrom.

Aquinas’ views on when resistance to authority is justified:

Since the views of the American Founders and Catholic teaching in certain regards are very close, Brownson thought that the problem arose in the Founders’ reliance upon John Locke, rather than Bellarmine, as the philosophic basis to their otherwise good ideas.

By relying upon Locke, they made the people the ultimate authority rather than God and set the stage for the division in America between the two views of freedom. As Abraham Lincoln famously quoted Scripture:

The Civil War was bound to occur in a country with such competing ideals. For Brownson, the cure is found in viewing the Constitution in light of the Christian principles enumerated in the Declaration. Or, in other words, it must be made clear that the law of “we the people” has been endowed to us “by our Creator.” In this way, the Lockean pitfall of sovereignty emanating from the people, and the people alone, is avoided. Though the Founders didn’t realize the debt they owed to their Catholic forbears, their best ideas ultimately have this origin, and we should recognize and defend them as such.

After the Civil War, a practical political movement emerged with similarities to Brownson’s ideas. Known as the National Reform Association (NRA), its members were composed of eleven Protestant denominations from northern states concerned about the future of America in light of the recently concluded Civil War. Believing the war between brothers had been brought about due to the nation’s lack of submission to God, they sought to amend the Constitution to reflect the belief that political authority comes from God, not the people alone. The so-called “Christian Amendment” would add the following to the Preamble:

“We the People of the United States, humbly acknowledging Almighty God as the source of all authority and power in civil government, the Lord Jesus Christ as the Ruler among the nations, his revealed will as the supreme law of the land, in order to constitute a Christian government, and in order to form a more perfect union…”

At its opening convention in 1874, the organization’s general secretary, John Alexander Esq., declared that by “neglect of God and his law, by omitting all acknowledgement of them in our Constitution,” the Founders had committed “the crowning, the original sin of the nation.”  The proceedings to follow at the convention revealed how notable conservative Protestants from the very beginning of the Republic expressed profound regret and anxiety that the Constitution failed to enshrine God in his rightful place as Lord of the land.

The ‘Social Kingship’ of Christ

Catholic lawyer and author Christopher Ferrara noted in his book Liberty, the God That Failed, the wording and intent of the NRA’s amendment bears a remarkable similarity to what Catholic teaching terms the “Social Kingship” of Christ. While the NRA ultimately failed to obtain its objective, the existence of such an organization, led by Protestants no less, gives us hope that authentic liberty under God is possible in America.

At the end of the day, Benjamin Rush was right:

“Nothing but the gospel of Jesus Christ will effect the mighty work of making nations happy.”

The Search Is Not in Vain

Unlike Gilgamesh’s search for eternal life, America’s search for liberty is not in vain. We were bequeathed a nation, from the Founders, that requires a virtuous people by their own admission. It was designed with Christianity in mind, the only religion that can supply the prerequisite moral code for the virtuous conduct of America’s citizens. Not only that, but since the best of the American experiment is rooted in Catholic jurisprudence, we are the rightful heirs of the Founding Fathers and are duty bound as Catholic Americans to bring their quest for a just commonwealth to a good end.

How can we pursue this?  First and foremost, we who follow Christ must live virtuous lives full of faith and encourage others to do the same. By allowing the Holy Spirit to form us, we must in turn allow Christ to rule in every aspect of our lives, including our political decisions as a democratic people. We ought to live by the words of Dutch theologian Abraham Kuyper who declared:

“There is not a square inch in the whole domain of our human existence over which Christ, who is Sovereign over all, does not cry, Mine!”

Like Charles Carroll of Carrollton and his cousins who are our Catholic Founding Fathers, we must redeem our political system for the good of others as an expression of our faith. As St. James the Just explained in his epistle:

“Religion that is pure and undefiled before God and the Father is this: to visit orphans and widows in their affliction, and to keep oneself unstained from the world” (James 1:27).

When we operate out of love for God and our neighbor in the political realm, we fulfill this verse and our calling as Catholic Americans.

Epic: A Journey through Church History

Liberty, How Can We Rediscover You?