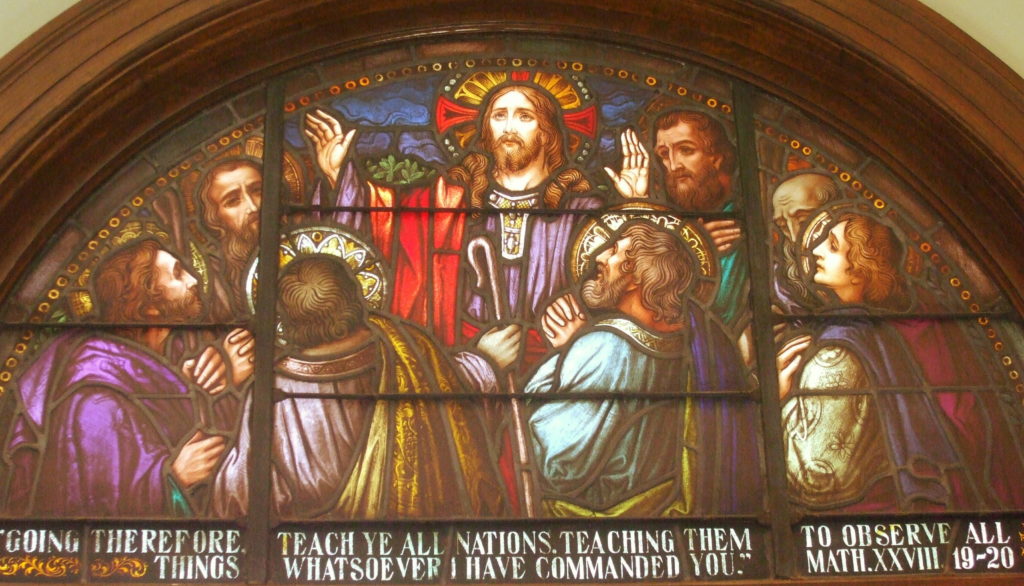 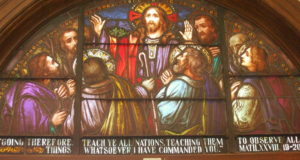 It is hard to fully comprehend the experience of the apostles. These men have become giants in our minds, and truthfully, they are monumental figures. These are the guys Jesus personally called. They walked with him for three years. They shared his teaching. Jesus chose them and built his Church upon them. Apart from Mary, who has received greater honor than these men? All of that is true.

But, read through Matthew, Mark, Luke, and John and you will see the apostles squabbling with each about rank. You will see them act rashly. You even see them deny Christ at his most significant time of need. All of that could have been omitted from the Gospels. Why would the Holy Spirit inspire the Gospel authors to include these details? Why so clearly demonstrate that these foundational figures are so obviously just a bunch of ordinary guys? Why not portray them as perfect followers? A human author, acting under his own inspiration, might have chosen to do so, but the divinely inspired authors clearly wanted us to see something in this.

At the end of Matthew’s Gospel, we see the imperfection of the apostles in literally that last paragraph. The text tells us that the eleven are gathered on a mountaintop in Galilee. Jesus appears to them, and they worship. So far, so good. Then, immediately after the author tells us they worshiped, it says they doubted. The sentence reads “When they saw him, they worshiped, but they doubted.” How crazy is that? The apostles are worshiping in front of the risen Jesus, and they doubt? Don’t miss the magnitude of the moment. Jesus was very publicly murdered just days before, and now he is standing in front of them. How could they doubt in such a moment? It seems impossible, but if there is one sentence in the Gospel that gives me great hope, this one could very well be it.

Jesus’ Response to Their Doubt

Too often we have a false image of the perfect Catholic. We often think the ideal Catholic must be a saintly figure that never struggles in their faith and never doubts; they speak in a gentle voice at all times, and faith is never challenging or frustrating. This idea takes root in our minds, and then, when doubt inevitably creeps into our life, we tend to approach it in one of two ways.  A.) Rather than confronting the uncertainty, or bringing it to the Lord, we bury it, pushing it aside, acting as if it never happened. Or, B.) Perhaps even worse, we move as if the doubt make us somehow unworthy of the work of the Kingdom. Both courses of action are wrong. Jesus’ response to his apostles doubt makes that very clear.

In the Gospel, right after we are told that the apostles doubted, it says that Jesus came and approached them. Far from being repelled by their doubt, the Lord steps in. What he does next is so vital, and so crucial for us to understand. Jesus then commissions the apostles to go out and bring the Kingdom. Don’t miss that. In Matthew 28:17 it says the apostles doubt then in verses 18-19 Jesus answers their doubt, not with condemnation, but with a commission.

OK, there is a little more to the story than that. Between the apostles’ doubt and their commissioning, Jesus says something else that helps it to make sense. He makes a declaration. He says, “All power on heaven and earth has been given to me.” What an incredible answer. It is as if Jesus is saying, “I am bigger than your doubt!”

When doubt creeps into our faith, we do not need to pretend that it does not exist or that because of it God is not still calling us. The apostles stood before the risen Lord, and they doubted. God’s reply was to draw closer to them and to declare his power and authority to them. In our moments of doubt, we need to understand that the Lord desires to do the same in our lives. Far from being repelled, Jesus wants to come closer. When we feel like the work of the Kingdom, or the teaching of the Church is more than we can handle, we need to remember that God is bigger than the anxiety or fear we may feel. So, go, therefore. Not because of who you are, but because of who he is.

The Love and Doubt of Thomas

A Road Map for the New Evangelization
Ascension Roundup May 25-31
Why Catholics Should Do Street Evangelization
Christ's Great Commission and His Command to Evangelize
Has Ascension's free media strengthened your faith?
You can now offer ongoing support for this content with a recurring gift.
Support Ascension