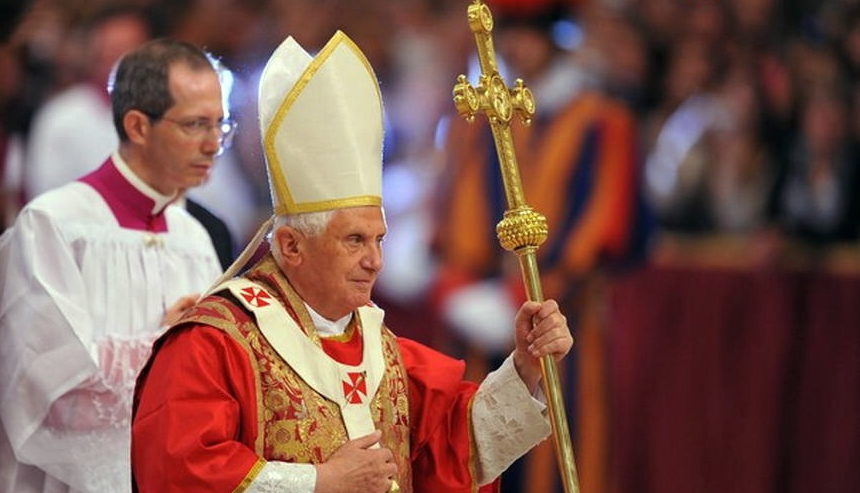 You couldn’t escape if you tried.  Every media outlet, from the New York Times to the Irish Times, with USA Today and everyone else in between has been discussing the Met Gala. This annual fund-raising event and social gathering in New York to benefit the Metropolitan Museum of Art’s Costume Institute always pulls A-list celebrities, but rarely receives the attention it received last night, when the theme was “Heavenly Bodies: Fashion and the Catholic Imagination.”

In addition to some lovely items loaned by the Vatican (which will be on display to the public for several months), attendees could also view several Catholic-inspired items from high-end designers such as Versace and Dolce and Gabbana. But the big story were the outfits worn by the attendees, such as evening gowns styled with a papal feel or emblazoned with pictures of the Virgin Mary.

If the public couldn’t help but to have these images shown to them, the Catholic world couldn’t help but opine on what they saw. Some celebrated the exposure that could perhaps lead someone to see the beauty of Catholic art, and feel prompted to look deeper and ask additional questions. Others saw examples of applying the sacred to profane use, at best bordering on (and more likely crossing the line into) sacrilege.

In today’s era of hot takes, I’m going to go out on a limb and say sacrilege is bad. So is hypocrisy. These media outlets rushed to show the influence the Church has on the world through fashion, have contradicted themselves. In recent years, those same outlets celebrating the Church’s influence in the fashion world: The New York Times, The Irish Times, USA Today, and pretty much everyone else in between have written countless columns accusing the Church of irrelevance. Why then, do they cover the Met Gala like it is Oscars, with red-carpet reporting and slow-motion videos of pop stars in “pope hats”? (Actually, The Washington Post, it is called a mitre).

Perhaps the media outlets covering it see the Catholic Faith as a bit of a freak show, and they can take these backward, irrelevant ideas and make them relevant by shining the spotlight on them. Surely, no one cares about halos on saints and where this idea came from, but when we televise Solange donning an outfit with one built in, haloes mean something now (thus proving the media’s own relevance and power, if only to themselves). However, the main reason they choose to cover it is because they know what works. They will get clicks from those who love the idea of fashiongelization, and those who loathe it. The mere curious will click on it to see what their favorite actress wore. Those who dislike the Church will see it as a way to poke fun, and the websites can tell their advertisers that everyone will click on it, drive up advertising rates, and make money off of the argument they created.

But more important than the hypocritical coverage, let us instead look at a different question: assuming the Catholic imagination’s impact on culture, what does this mean? Surely, no one can doubt the tremendous influence of the Church over art, whether we look at it from the perspective of a Catholic University today, or a non-Catholic Writer a century and a half ago. However this influence (aside from the art, music, or liturgical “fashion” that was required for the Church’s mission: paintings in churches, Mass settings, priests’ vestments, etc.) is a corollary at best, if not a side effect. When you have an institution as universal as the Catholic Church, it follows that it will have had many influences beyond its mission.

But the important thing is just that: these aspects of art and music are beyond the mission of the Church. The mission of the Church, as Jesus said in Matthew 28:19, is to “Go therefore and make disciples of all nations.” When all nations have disciples, then all the nations will see other impacts from this discipleship. But the impact is just a natural occurrence. And even if the Church influences the things of this world, St John tells us “Do not love the world or the things in the world” (1 John 2:15). Focusing on the fashions at the Met Gala, even the positive aspects of them, has it backwards. If we seek first the influence of the world, then we are not seeking first the kingdom of God. But when, seeking first the Kingdom of God, Matthew 6:31-33 also reminds us of Jesus words, that all other questions, even “What shall we wear” will be answered for us.

Bringing Beauty to the Everyday with Erica Tighe (Caffeinated Conversations)