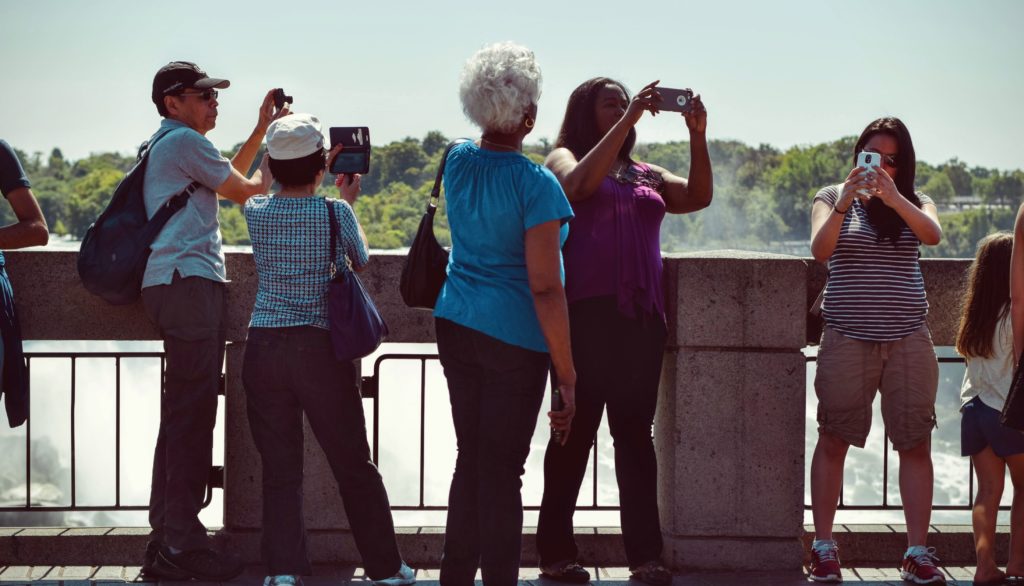 Perhaps you’ve seen the Walking Dead? I don’t mean the TV series, I mean the actual zombies walking past, driving cars, eating food with glowing faces hunched over a device, even ringing up our products at the register all the while plugged in, or tuned out, glazed over, not present. And as they flick through their feeds on those shiny screens, the mantra they mumble is “meh.”

“Meh” is an interesting addition to the modern lexicon. Actually it’s not interesting at all. It’s synonymous with the French word ennui (dullness) and the German word weltschmerz (world weariness). It’s boredom, blandom, what-else-is-on-dom. “Meh” is the insipid shrug of the shoulders after one has tasted everything and then waves it off like a spoiled prince. I want to propose in this article that the culture of “meh” in which we are living is the withered fruit of moral relativism.

Thanks to the “perfect storm” of a post-Enlightenment philosophy that’s uncoupled faith from reason, a post-Christian society that’s removed God from the world, and a post-analog technocracy that gives us a direct and unmediated connection to “everything” through a touchscreen rather than being touched by an encounter with reality, we’ve been set adrift into the murky fog of moral relativism. All we can see is our own hand before us. All we’re encouraged to care for is the cubicle of our own comforts. There’s no larger, harmonious plan. There’s no transcendent purpose to a human life, no ultimate destination, and certainly no solid ground of objective truth wherein we could cry out from our individual little boats “Land ho!” Land? No. In the words of singer/songwriter John Mellencamp, “… Close the deal, close the door. Forget about the colors that you knew before. It’s just beige to beige. That’s all it is these days …”

The Spiritual Poverty of Our Age

Speaker and author Chris Stefanick says “Relativism is the idea that there is no universal, absolute truth but that truth differs from person to person and culture to culture. In other words, truth is relative to what each person or culture thinks.” Now we could easily get philosophical in this article about relativism. We could trace the intellectual roots of it and refute it with equally intellectual arguments, but I’d like to talk less about the roots and more about the fruits; the actual ramifications of what moral relativism has done and is continuing to do to us as a people.

Relativism has been called “the spiritual poverty of our age” by Pope Francis and “the greatest problem of our time” by Pope Emeritus Benedict XVI. Why? Because relativism places us in utter isolation from others, placing us in our own little worlds where your truth is not my truth, and the only law is that your stuff not touch my stuff. Or in more sophisticated jargon, “So long as you’re not hindering society or harming other people with said behavior or beliefs, it’s OK.” Moral relativism is a kind of velvet anarchy wherein we all query together with Pontius Pilate, “What is truth?” 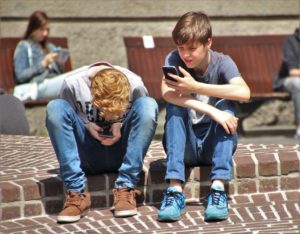 The epitome of relativistic thought could be summed up in the 1992 Planned Parenthood vs. Casey Supreme Court decision upholding the Roe vs. Wade abortion decision. Writing for the majority in Casey, Justice Anthony Kennedy claimed that “At the heart of liberty is the right to define one’s own concept of existence, of meaning, of the universe, and of the mystery of human life.”

Sounds nice and ennobling until you imagine seven billion humans actualizing the idea in everyday life. For instance, one could say, “I believe I have the right to define my own traffic laws.” But when the rubber meets the road, we all know this can’t work. The ideology crashes to the ground once it’s grounded in reality.

Here’s another example. Person A says, “I feel that killing those I disagree with is my truth, and a good for me.” Persons B through Z say, “That conflicts with our values, and we feel you should be locked up immediately.” If person A truly has the right to define his own truth, what right do people B through Z have to tell him that his desire to kill people is not justified?

Relativism is ultimately inhuman. It seeks to detach humans from the core relationships they are designed for; with God, others, and the natural world with its inherent laws. The “I” becomes the center of the universe and the ultimate arbiter of all things. But to be human is to be in relation, to give and receive, to enter into a mystery larger than ourselves. As Thomas Merton once wrote, “The fact remains that we are invited to forget ourselves on purpose, cast our awful solemnity to the wind, and join in the general Dance.” This takes a leap of faith and of trust. A step outside of our comfort zones and off of our ideological couches.

The antidote to relativism is an encounter with reality. The prolific author G.K. Chesterton was an “expert” in this encounter. He wrote once in a letter to his fiancé:

“I do not think there is anyone who takes quite such fierce pleasure in things being themselves as I do. The startling wetness of water excites and intoxicates me: the fieriness of fire, the steeliness of steel, the unutterable muddiness of mud. It is just the same with people … When we call a man ‘manly’ or a woman ‘womanly’ we touch the deepest philosophy.”

Truth is touched when we touch and allow ourselves to be touched by the “holy sacrament” of the Real. Touched by earth and sea and sky, and above all through the presence of another face. Another voice. The German philosopher Josef Pieper saw this encounter with reality as a key to transcendence for everyone.

“Anybody can ponder human deeds and happenings and thus gaze into the unfathomable depths of destiny and history; anybody can get absorbed in the contemplation of a rose or human face and thus touch the mystery of creation … Everybody, therefore, participates in the quest that has stirred the minds of the great philosophers since the beginning.”

German-Canadian neurologist and psychiatrist Dr. Karl Stern, a Jewish convert to the Catholic Faith, once wrote, “the very fact that our first encounter with matter is one of tasting it and taking it in could be used as a refutation of all dualistic philosophies” that separate soul and body. French poet and dramatist Pierre Albert-Birot wrote, “I feel that the world enters into me like the fruits I eat, indeed I feed on the world.”

To rediscover the Real, and to walk again in the way of Truth, we must untether ourselves from false philosophies like relativism and reestablish our natural relation to reality, to the wonder of being alive! Again, G.K. Chesterton wrote:

“I put that beginning of all my intellectual impulses before the authority to which I have come at the end; and I find it was there before I put it there. I find myself ratified in my realization of the miracle of being alive” (G.K. Chesterton, Autobiography).

Pope Francis saw the challenge this leap of “faith in the real” entails and the battle that would be necessary to set us free from a relativistic culture of “meh” that lives only in a virtual reality of our own design. He saw how many people “want their interpersonal relationships provided by sophisticated equipment, by screens and systems which can be turned on and off on command. Meanwhile, the gospel tells us constantly to run the risk of a face-to-face encounter with others, with their physical presence which challenges us, with their pain and their pleas, with their joy which infects us in our close and continuous interaction” (Joy of the Gospel, 88).

Leaving the Land of the Bland

It’s within this experience of a “real presence” with another where the ideology of relativism dissipates like a cloud. To break free of the gravitational pull of our own self-interests, our own desires, and our own autonomy is the real work! Just before his election to the papacy, Pope Benedict XVI observed that modern society was “building a dictatorship of relativism that does not recognize anything as definitive and whose ultimate goal consists solely of one’s own ego and desires.” But what a sad land this dictatorship rules over! I call it the Kingdom of Boredom. The Country of Apathy. The Land of Bland. Also known as Hell.

When we finally break free of the isolating fog of relativism through becoming this gift of self we step into the clear light of day. Through empathy and attentiveness to creation and the very real human relationships around us, we begin to understand the truth about God, ourselves, and the natural world. We see the great romance of what St. John Paul the Great called the communio personarum—”the communion of persons.” And within that heart of humanity we find those universal truths that all peoples share in and have shared in from the beginning. We are made for so much more. A Culture of Life and a Civilization of Love!

My Confessions: How the Saints Led Me Home
Why All Religions Can’t Be Right
Faith Formation Matters in a Secularized Society