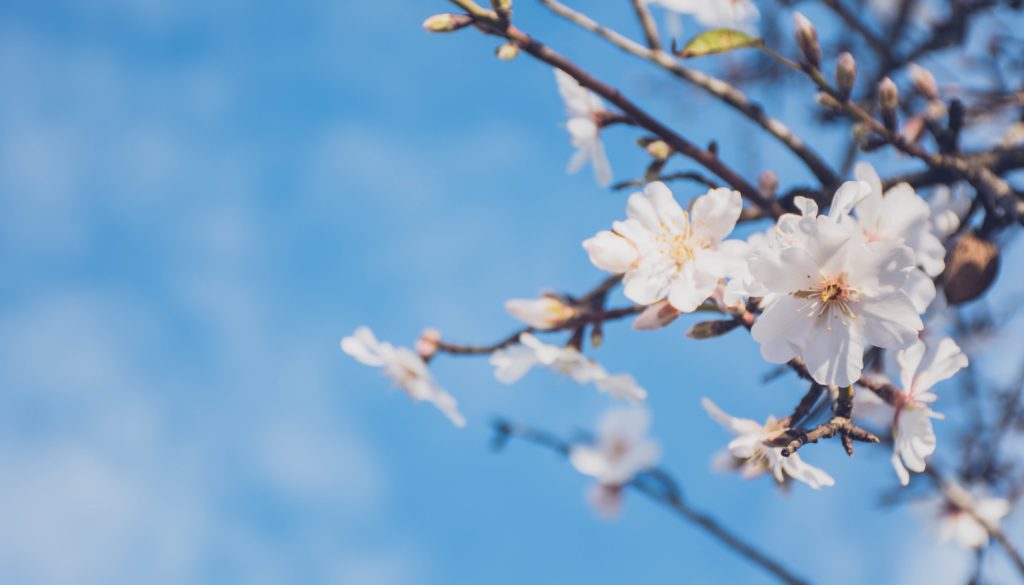 In the Old Testament tabernacle, a copy of the temple in heaven, the sanctuary was covered with curtains. To the left of the sanctuary entrance was a piece of equipment used to illuminate it, the man-sized gold lampstand. 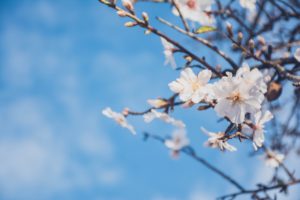 According to the pattern God gave Moses on Mt. Sinai, the shaft, branches, bowls, ornamental knobs and flowers of this lampstand were hammered from one gold piece. The center shaft was flanked by three branches decorated with almond blossoms on either side, all seven branches topped by little bowl-lamps containing olive oil.

Inside the holy place (the sanctuary) but outside the curtain veiling the Ark of Testimony, the priests were to maintain the lamps from evening to morning throughout their perpetual generations. They kept the wicks trimmed, the oil topped, and the lamps burning before the Lord continuously (Leviticus 24:3-4). The lampstand, however, was not simply light-giving; the almond branches commanded as part of its design (Leviticus 37:18-19) held special significance.

Throughout their wilderness journey, as the people learned how to follow and worship God properly, they murmured notoriously against him. They repeatedly rebelled against the leaders God had selected: Moses, God’s prophet, and Aaron, the first priest.

The people claimed equal authority, disagreed with the direction in which they were being led, grumbled over lack of spice in their provisions, and took offense to personal decisions the leaders made or their unique relationship they had with God (Numbers 11-17). In each instance God regarded the murmuring of the people and their offenses to be against himself, personally, and his own authority and leadership.

Many died or were stricken with disease and other catastrophes; the consequence of the cycle of dissension and correction was more division, so that a level of uncertainty existed among the people concerning whether Moses and Aaron had, in fact, been divinely appointed.

Resurrection of the Dead Stick

The Lord was happy to clear up the controversy. To satisfy the issue of legitimate authority, God, through Moses, points to his priesthood, and in a remarkable way.

The incident is reported in Numbers 17. God commanded the leaders of each tribe to write their names on their shepherds’ staffs and leave them in the Holy of Holies where God’s presence rested in the cloud. These staffs were practical for walking and guiding, but also a sign of tribal authority so that the staff of a tribe leader was the emblem of his tribe. God would cause the dead stick of the man whom he had selected as the progenitor of the priesthood to bloom.

Only Aaron’s rod regenerated to bud, and it was a fruited almond blossom that turned his ordinary shepherd’s staff into an instrument and sign of selection. It was a selection that finally unified the people; after his preference was clear, the Lord commanded the tribe leaders to take back their dead staffs from the Holy of Holies as tangible submission to God.

Aaron’s rod, budded and fruited with almonds, was to remain within the ark as a perpetual confirmation to the rebellious that Aaron was indeed the progenitor of a perpetual priesthood that would keep “watch” over God’s people, the word almond in Hebrew meaning “to watch.”

The lampstand in the sanctuary, then, of beaten gold, rather than molded, to denote the sacrificial nature and unity of divine light, was ornamented with almond flowers, a distinct reminder of the authority and progeny that watched over God’s people through the priesthood.

Seven being the number of divine completeness, its seven branches emitted perfect life-light through the continual supply of oil, a potent scriptural symbol of the Holy Spirit. The tabernacle lampstand is the forerunner of Jesus, the Light of the world, but the Old Testament priesthood continues, perpetually ratified and signified by God through the almond branches of the lampstand and Aaron’s rod, in the New Testament too.

It was the apostles’ practice to lay hands on those who were to succeed them, and it is the same practice used today. Catholic bishops are, traceably, the successors of the apostles by the laying of hands; they carry their staff of authority. Like the almond branch that signifies it, it is a creative authority, giving spiritual life and light to all those they lead, and it unifies the Church, through Christ, in sacrificial love.

In these “democratic days” we are sometimes lured into the belief that we have the inalienable right to say whatever we want about whomever we want, and to revolt, either by word or deed against leadership tenets that we disagree with in the Church.

The Scriptures, as we have seen, paint a different picture. The Book of Revelation calls this attitude, “Laodicea,” meaning “people rule,” and discloses Jesus’ disgust with it.

Jesus appears in the heavenly temple at the center of the light-bearing priesthood throughout Church history. He actively cares for us through our pastors and bishops (Revelation 3:14-16), as they are the ruling spirit of our parishes and dioceses (Revelation 1:12-13, 20).

Therefore, “obey your leaders and submit to them; for they are keeping watch over your souls, as men who will have to give account” (Hebrews 13:17). They shoulder a grave responsibility for our care, and they are accountable to God; we must submit to God and pray for them.

The lampstand of almonds is a perpetual reminder that God keeps unity and offers light to the Church and the world through his institutional priesthood. Through Christ, they give us light and life; they are chosen of God for that divine purpose, and God is “watching” them as they “watch” over us.

For more information on the Old Testament tabernacle lampstand as a foreshadow of the Catholic Magisterium, see Fulfilled: Uncovering the Biblical Foundations of Catholicism.

Is Jesus the Only Mediator?