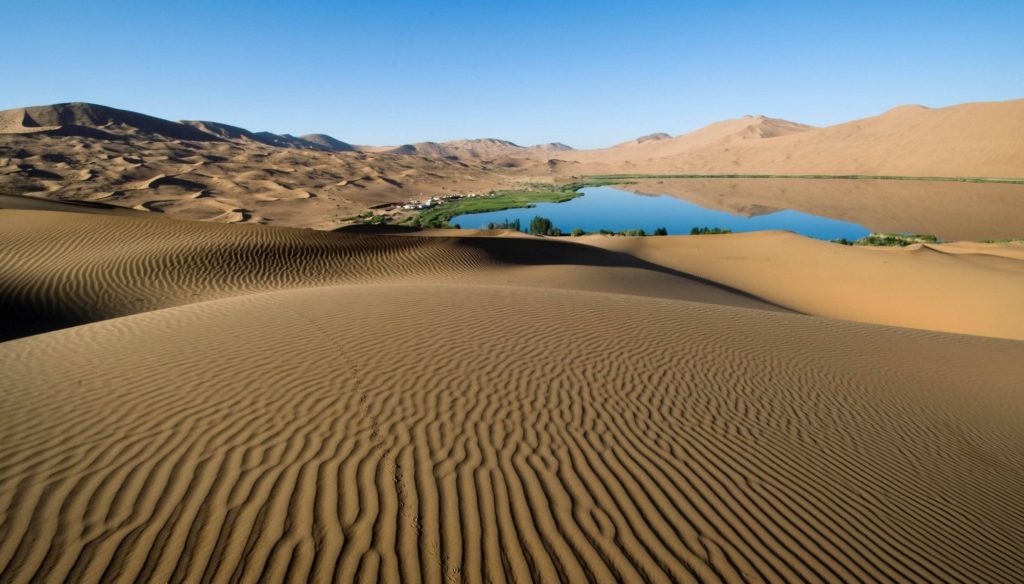 If approached honestly, with a real effort at asceticism, Lent is strenuous, and it is usually at this point that I begin to get a little weary and parched. A couple of weeks are behind us, but there are still several to go, and it is here that we begin to see the liturgical readings about the waters of refreshment. 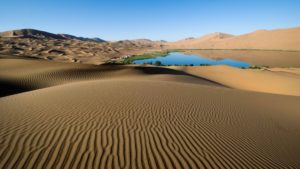 Water is such an invigorating element. Biology tells us it is the main ingredient necessary to generate and sustain life; it is, therefore, a telling symbol, as Jesus so beautifully indicated. It was into the waters of primeval chaos that God spoke and brought forth natural life.

Generating Life: Washed in the Water

In the Old Testament, between the horned altar of sacrifice and the entrance to the sanctuary, stood something similar to what some Christians would call a baptistry; Catholics call it a baptismal font. In the Old Testament it is the laver, from the word for wash; we get the word lavatory from the same root.

Ordered as part of the tabernacle equipment, it was made of copper (“bronze”), a biblical symbol of judgment (Exodus 30). Of two parts, “the bowl and its foot,” it was shaped something like a birdbath, and made from the polished mirrors of chaste women who served at the entrance of the tabernacle.

The laver was constantly refilled, probably from the stricken rock, which was the only available water source in the desert. As St Ambrose said in his work On the Sacraments, “It was no motionless rock which followed the people” ( St. Ambrose, de Sacramentis, lib. v. c. 1). Tertullian called this water-rock their “companion” and said, “This is the water which flowed from the rock which accompanied the people” (de Baptismo, c. ix.).

This water-giving rock followed them miraculously through the desert as a type of life-giving Christ (1 Corinthians 10:1-4). The sacrifices and priests were ritually cleansed in the laver of water.

The word for wash (laver) in Greek is baptizo—which is where we get the word baptism. The only two New Testament occurrences of the word laver are in Ephesians 5:26, “that he might cleanse her (the Church) by the washing (laver, baptism) of water with the word,” and Titus 3:5, “he saved us, not because of deeds done by us in righteousness, but in virtue of his own mercy, by the washing (laver, baptism) of regeneration and renewal in the Holy Spirit.”

These verses are an echo of what Christ said to Nicodemus: “unless one is born of water and the Spirit, he cannot enter the kingdom of God” (John 3:5). He emphasizes his meaning is spiritual, a spiritual rebirth that must be generated by water and the Holy Spirit. St. Peter re-emphasizes this point, saying baptism saves us (1 Peter 3:21).

The Ephesians passage indicates that it is the Rite of Baptism, the water and the words spoken (as always, the words of Jesus), that accomplish the cleansing. The Titus passage clarifies that the action of grace performed by the Holy Spirit makes the water and words efficacious. The necessity of faith not disputed, taken altogether these verses indicate that baptism does indeed generate new life.

Sustaining Life: Washed in the Blood

As always, however, the complete meaning of this laver/baptism was unknown until Christ. His first miracle was to change the water used for ritual cleansing in Judaism into the wine, symbol of the blood of the New Covenant, at Mary´s request.

This was a fulfillment of the prophets´ use of water as a symbol of the New Covenant. It revealed how cleansing, baptismal waters would soon also create new life. Then he shows us what New Testament baptism would mean.

Just before his Passion, Jesus takes up the priestly girdle in a towel of menial service; he washes the disciples´ feet, Judas included, speaking of the importance of baptism, confession, sacrificial service, repentance and forgiveness, and then he reveals the crowning glory of what baptism means: “The cup that I drink you will drink; and with the baptism with which I am baptized, you will be baptized” (Mark 10:39), he said, and proceeded to walk the terrorizing hill of Golgotha to be crucified.

Our example in all things, Jesus is always reminding the Church that she, also, must take up her cross daily, and be crucified with him at the hands of others and in service to them. As you labor in fasting, almsgiving, prayer, and service to others; as your Lent becomes dry and weary; draw from this well of Living Water flowing from the stricken Rock.

It is the Law of the New Covenant, and the Holy Spirit’s fountain of living water (John 4), our refreshment and restoration, rushing, flowing, moving, springing, redeeming, musical, quenching water.

More information on the Old Testament laver as a foreshadow of baptism and confession can be found in Ascension’s book and study program, Fulfilled: Uncovering the Biblical Foundations of Catholicism.

Dream Bigger (The Father’s Plans for You)