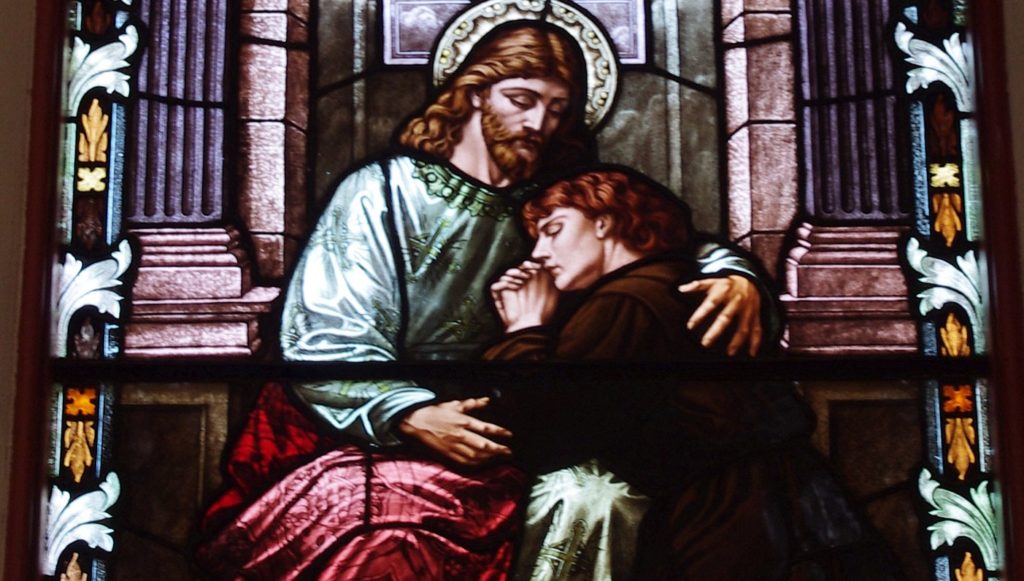 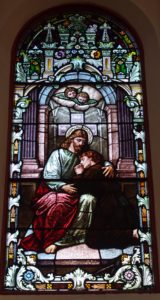 “Repent and believe in the Gospel!” This phrase, which often accompanies the administration of ashes, sounds one of the key themes of Lent. This season of preparation for Easter, an integral part of the Christian year from the early days of the Church, has always made repentance its centerpiece.

But if we take a careful look at the way early Christians approached sin, repentance and Lent, we notice some significant differences from the way twenty-first century American Catholics typically approach these things.

Many today see Lent as a season of spiritual self-improvement. People generally pick something “to give up” and then begin chipping away at a fault or two. Some may attend a parish penance service. But for the most part, Lenten penance is a personal thing.

For the first few Christian centuries, penance was anything but a private affair. In those days, becoming a Christian meant completely breaking with a former way of life and the values of a pagan society. Since belonging to the Church was a capital offense for close to three hundred years, baptism put one’s life on the line. It was not only a solemn commitment to a holy God and a holy lifestyle, but an empowerment by the Holy Spirit that actually made it possible for weak people to live the radical lifestyle of the gospel. For a person to fall into serious sin after baptism was considered highly abnormal. It was an indication that something was seriously wrong and required an urgent response not only on the part of sinner, but of the entire Christian community.

Therefore, for the first eight hundred years of the Church, those who had fallen into grave sin would come to church for a prolonged period dressed in sackcloth and ashes, seeking the prayers of the community. Though sins were confessed privately to the bishop, penance for such sins was entirely a public affair.

Lent was a special time when the whole Church labored alongside catechumens preparing for baptism and penitents preparing to receive absolution and reconciliation at Easter. It was a time of solidarity and unity, with the mature and the strong walking shoulder to shoulder with the immature and the weak, all wearing the same ashes. While praying and doing penance for those seeking healing from serious sin, everyone sought purification from the sneaky venial sins that quietly eat away at our hearts and lurk in so many nooks and crannies of our lives.

This solidarity and unity in doing penance together manifests another feature of repentance in the early Church. The Church is holy, according to the Creed. But it is also one. The early Church took seriously the call to unity, expressed in a love between Christians that was striking to those from the outside looking in. The first church collections were for widows and the poor, not for the maintenance of buildings. Martyrs would embrace one another in the arena before their execution and cause the spectators to remark “see how they love one another.”

But like us, Christians of the first centuries sometimes lost their perspective. Sins against unity were considered among the most serious of spiritual offenses. When young members of the Church of Corinth tore the community in two, seizing leadership from the elders appointed by the apostles, Pope St. Clement of Rome intervened. He did not issue a bureaucratic decree to resolve the problem, but rather a long and beautiful teaching on the root of disunity and the nature of true repentance. What is the cause of dissension, he asks. Is it not pride? Rivalry, bitter criticism of others, the dwelling on other’s faults, refusal to forgive shortcomings—don’t all these things come from a perverse passion to exalt ourselves? Ultimately the pride that disrupts our unity with others is the very thing that drives a wedge between us and God. For pride exalts itself against everyone, even the Most High.

In the tradition of the Fathers of the Church and the medieval monks, seven deadly sins are identified that give rise to all other sins. The deadliest of these seven happens to be pride. Therefore, according to the Fathers, all true repentance must begin with humility. To take our eyes off others’ sins and instead to admit our own—this is only made possible by humility. To take our eyes off ourselves and look to God is also an act of humility. That’s one reason why prayer is always such a powerful penance.

“Humility” is closely related to the word “humus,” the component of earth that makes it fertile. When we get too big for our britches and our life becomes spiritual sterile, we need to recall that we came from the earth and will return to the earth. We need to get grounded once again. Perhaps this is why the season of Lent, from the time of the early Church, has begun with the sign of the cross traced on our forehead with ashes.

“Remember man that you are dust and unto dust you shall return.”

Marcellino D’Ambrosio, aka “Dr. Italy,” writes from Dallas. Connect with him at www.CrossroadsInitiative.com or @DrItaly.  For more practical ideas for Lent plus food for Lenten meditation, see his book 40 Days, 40 Ways: A New Look at Lent.

Simplify Your Life- Clean Up Your Past