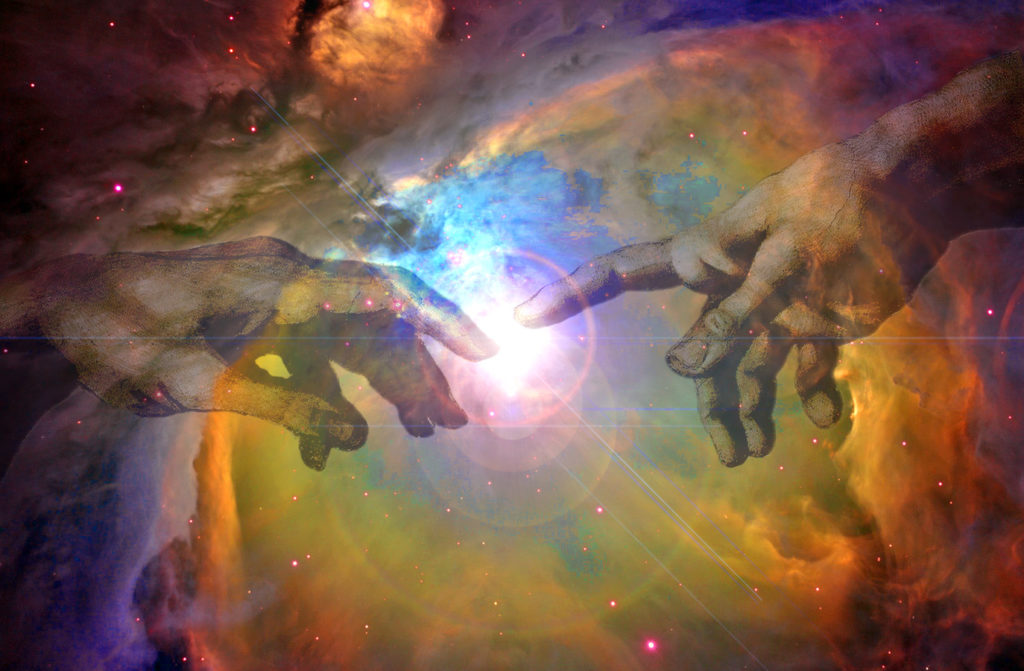 “Even had sin not existed, God could have become incarnate.”
– St. Thomas Aquinas, Summa 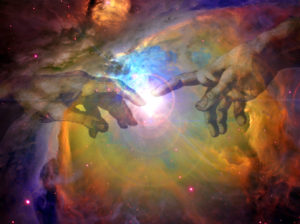 Most people would answer the question of “Why did Jesus come into the world?” with an answer like “To save us from our sin” or “To die on the Cross for us.” While these statements are clearly true (we needed saving from our selfish selves and he did die for our sins on the Cross), let’s ponder if they actually cover the whole truth, beauty, and goodness of God’s plan for man and woman that culminated in Jesus Christ. Because at first listen, it sounds like the whole God becoming man event was primarily a big clean up operation. As if Jesus was Mr. Fix It and came just to tidy up after we made scribbled over God’s beautiful Edenic blueprints for the world. Let’s first look at Sacred Scripture:

OK, so no mention of sin there. Pretty amazing stuff. Sounds like the identity and mission of Jesus go way back. Eons back in fact! Well before Genesis 3 and the original sin of Adam and Eve. Hmmm. Now let’s go to St. Paul’s Letter to the Colossians.

Clearly St. Paul starts off in a similar vein, affirming the feeling that this whole Jesus coming into the world moment was not a kind of Plan B, or an afterthought, but a primordial thought; a plan devised in the Heart of God before the first drop of rain and the first ray of sunlight pierced the clouds over Eden. St. Paul does eventually get to the issue of our sin however:

For in him all the fullness was pleased to dwell, and through him to reconcile all things for him, making peace by the blood of his cross [through him], whether those on earth or those in heaven. And you who once were alienated and hostile in mind because of evil deeds he has now reconciled in his fleshly body through his death, to present you holy, without blemish, and irreproachable before him. (Colossians 1:19-22)

“To reconcile all things …” Now let’s unpack that word. To “reconcile” means to restore or reunite relations, meaning that there was apparently already a relationship of intimacy planned in the first place! And clearly Jesus was present there, “before all things,” including our sin, “and in him all things hold together.”
In Ephesians, St. Paul writes, “Blessed be the God and Father of our Lord Jesus Christ … He chose us in him, before the foundation of the world, to be holy and without blemish before him. In love he destined us for adoption to himself through Jesus Christ, in accord with the favor of his will, for the praise of the glory of his grace that he granted us in the beloved” (Ephesians 1:3-6).
Are we seeing a theme here? “In love he destined us for adoption … ” Where’s the sin, the “woe is me,” the darkness? Apparently this God of Love was already and eternally madly in love with us enough to want to plan ahead, pierce the veil, come and love us regardless of our future rejections, denials, and disobedient hearts! Some speculate that this might have been one of the reasons for Lucifer’s rejection of God; he foresaw that God would become flesh, lowering himself for the love he bore his creatures, and Satan thought himself above all of that.
I don’t know about you but this is giving me chills. I always thought it was because of our sins that he came. That feels a bit audacious now, as if we are the ones who are writing this great symphony of human history and God has to “adapt” his instruments to our sour notes! But is it really our screwing things up that brought him down? I don’t think so. It appears first and foremost that it was his mad love that moved him to dwell among us.

Eros is part of God’s very Heart: the Almighty awaits the ‘yes’ of his creatures as a young bridegroom that of his bride.… On the Cross, God’s eros for us is made manifest. Eros is indeed … that force which ‘does not allow the lover to remain in himself but moves him to become one with the beloved.’ Is there more ‘mad eros’ … than that which led the Son of God to make himself one with us even to the point of suffering as his own the consequences of our offenses? (Benedict XVI, Lenten Message 2007).

The Passion of the Christ was, it would seem, not merely a plan to “save us from our sins” as it was a way, because of our sin, to show us to what incredible depths this crazy love would go. “Father, they are your gift to me. I wish that where I am they also may be with me, that they may see my glory that you gave me, because you loved me before the foundation of the world” (John 17:24).
What a change this could bring about in us personally, this coming to realize that God may have come to us in Jesus even had we never sinned, simply because he loves us and desires union with us! We might finally come to realize how his love takes our eyes off of our own shame and into his Beauty; away from our ceaseless navel-gazing at our sins and into the gaze of his everlasting love! For in the end, in his deepest identity, God is Love, and so we in our deepest core, are loved. That’s a scandalous beauty. The scandalous beauty that led our God to become man!

Getting Ready for Advent (with Sterling Jaquith) #096

Advent: More Than A Chocolate Calendar

This Advent, Let Christ Sustain Our Hope for Ongoing Conversion