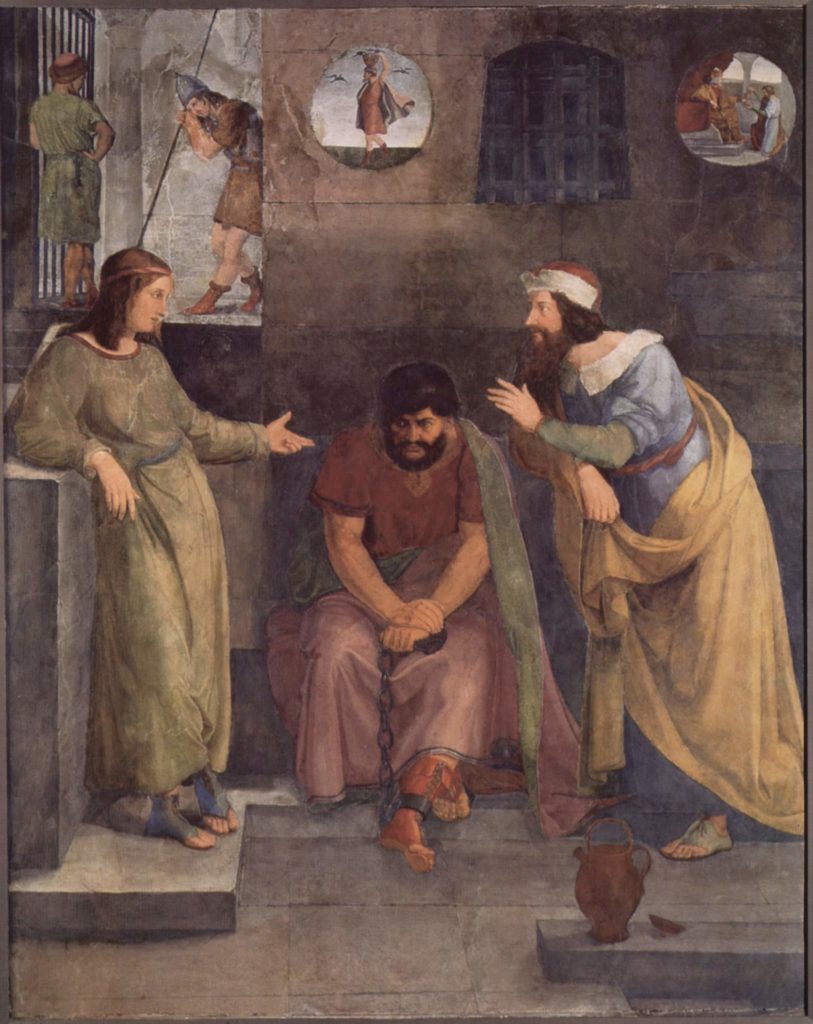 In the biblical account of creation we read how God made everything and then “God looked at everything he had made, and he found it very good” (Genesis 1:31). In the case of humanity, we read that “God created mankind in his image; in the image of God he created them; male and female he created them” (Genesis 1:27). If Adam and Eve were “very good,” and made “in the image of God,” why is it that just two chapters later they disobey God, resulting in their expulsion from Paradise? If God created all things to be very good, why does evil exist at all?

Not only did God make everything good, but he loves everything that he has made, and by his will all things remain in existence. “For you love all things that are and loathe nothing that you have made; for you would not fashion what you hate. How could a thing remain, unless you willed it; or be preserved, had it not been called forth by you? But you spare all things, because they are yours, O Ruler and Lover of souls” (Wisdom 11:24-26).

“God is in no way, directly or indirectly, the cause of moral evil. He permits it, however, because he respects the freedom of his creatures and, mysteriously, knows how to derive good from it” (see Catechism of the Catholic Church, 311). Free will alone cannot explain the existence of evil. If free will is the cause of evil, why would God allow that? Wouldn’t it be better to not create the possibility of evil? But without free will it would also be impossible to love. “Man, enticed by the Evil One, abused his freedom at the very beginning of history” (CCC, 1707). But ultimately humanity’s freedom was meant for good. “By free will, he is capable of directing himself toward his true good. He finds his perfection ‘in seeking and loving what is true and good'” (CCC, 1704). Without free will, it would be impossible for us to love God and each other.

God Knows How to Derive Good from Evil

Genesis is bookended beautifully. At the beginning, we read of the creation and goodness of all things. Soon we find creation has become corrupted and evil has entered the world. Throughout the rest of the book, we see the fruits of this evil: murder, fratricide, genocide, rape, incest, adultery, deception, theft, etc. And in the case of Joseph, the son of Jacob, it must have seemed that all was lost and hopeless. His brothers sold him into slavery. His master’s wife wrongfully accused him of rape. He was thrown into a dungeon. And then everything changed. He was freed from his prison and made a ruler of Egypt, second only to Pharaoh.

Then, by the providence of God, he meets his brothers who had sold him into slavery. His brothers are terrified, and react in the way you might expect, “Suppose Joseph has been nursing a grudge against us and now most certainly will pay us back in full for all the wrong we did him” (Genesis 50:15). At this point, Joseph changes the tone of Genesis. He doesn’t pay their evil with evil. He has pity on them, and explains why, “Even though you meant harm to me, God meant it for good, to achieve this present end, the survival of many people” (Genesis 50:20). Joseph gets it. The evil he has experienced has shown him the value of love and forgiveness. He has placed his trust in God, knowing as St. Paul says, “that all things work for good for those who love God, who are called according to his purpose” (Romans 8:28).

We often think of the Old Testament as having the most egregious accounts of evil. And while it does certainly contain a great deal of it, it does not compare to the greatest of evils ever committed. But God knows how to draw good even from this. “From the greatest moral evil ever committed, the rejection and murder of God’s only Son, caused by the sins of all men—God, by his grace that ‘abounded all the more,’ brought the greatest of goods: the glorification of Christ and our redemption” (CCC, 312).

Love and forgiveness are the cure to evil. How should we respond when someone does evil to us?

This article was first published at TheCatholicYearofFaith.com

Does God Command Evil Acts in the Bible?

God is Good – All the Time