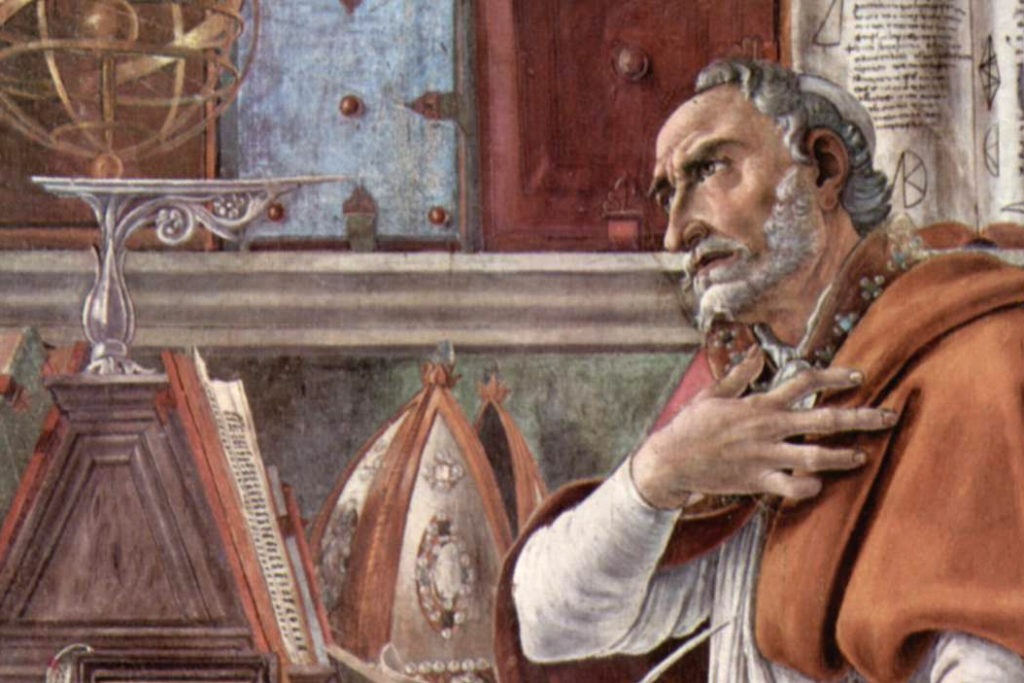 In our modern age of social media, it is easy to fall into the habit of labeling individuals based on the content of their posts. On any given day you might come across someone who you thought was “normal” or even faithful, and be dismayed to see that they are “liberal” or “alt right.” You may even come across the page of a nephew or niece only to be aghast at the debased lifestyle that he/she proclaims for all to see on his/her social media page.

This is the world we live in; everyones’ lives on display for all to see. And it would seem fair that, based on the content of their posts, one might make judgments about the nature of the person they are so voyeuristically viewing. There is, however, one enormous problem with that. What you see on social media is not the totality of the person. It is merely a moment. It is, perhaps, not the best moment, but thankfully, the Lord does not look upon the individual moments of our lives but on the totality of them. In order to illustrate this point, I think we would be wise to consider the life of one of the greatest saints that ever lived, St. Augustine of Hippo.

Had Augustine lived today, I am sure we would all be following him on social media. His Twitter page would no doubt be filled with witty quips, each shedding light on the folly of our modern philosophy and, in turn, pointing toward the true source of wisdom, the Lord himself. No doubt this modern Augustine would engage the voices of atheistic neopaganism and illuminate their folly.  His YouTube channel would probably overflow with refutations. Yes, I am sure we would all follow him.  But the Augustine I am describing is merely the middle-aged Augustine.

Had we encountered, say, the adolescent Augustine, I think what we would have seen would have been more like the Instagram accounts of a good many college students of our day. We would be scandalized to see that this Augustine was living in an illicit relationship. We would be dismayed that he had fathered a child out of wedlock. We would see, in this young person’s posts, someone quite self-satisfied with his own intelligence, seeking nothing but his own glory and pleasure. Like the above mentioned nephew or niece, we might be quick to label this Augustine as a waste. Irresponsible. Despicable. And the temptation of our modern time would be to write him off as lost. Perhaps there are young people in your life who have disappointed you in such a manner. Perhaps there are friends or acquaintances in your life that you have shrugged your shoulders over, and labeled as lost. Perhaps, amongst those, there is an Augustine hiding.

Augustine’s life did not end with debauchery, but rather, devotion. At this point you might be tempted to think I am speaking of the devotion to Christ for which he is famous. Sadly, you would be wrong if you did so. Augustine’s devotion was initially turned toward the heretical teaching of Manchaeism, which promised to wed the teachings of Christ to that of the classical philosophers. Had you encountered this Augustine, it would have been somewhat similar to the encounter most of us have had with friends and relatives on social media who are “too smart” to believe in the gospel of Christ. These pseudo-academics say things like, “I believe in science, not God.” Augustine, at this point in his life would have posted snarky quips about the silly, even superstitious, Christians who believed that God could become wedded to the material world in such a manner as to become man himself. This would, to the Manchee Augustine, seem ridiculous. Had you encountered this Augustine online, I think you would have been very tempted to unfollow, or even to block his posts. It is likely that some among us would have engaged in heated arguments, one Facebook comment at a time, and may have even said rather strong things about the character of this Augustine. It is likely that your judgment on Augustine would not have been very kind.

Think of how dumbfounded we would have been if we, after passing such hard judgments on him, learned of how Augustine turned his life around and became the bishop of Hippo, a great defender of the Faith in an age of heresy and impending barbarism, a Doctor of the Church and one of the greatest philosopher/theologians the Church—in fact, the world—has ever known.

It is easy in our modern time to write people off, or to label them as “other.” It is far too easy to group people as either with us or against us. If the life of Augustine teaches us anything it is that the particular moment you are encountering someone is very likely not the totality of that person’s story. St. Augustine’s life should challenge us not to label or to shake our heads, but instead, to devote ourselves to deeper prayer: that from this generation, God might raise up an Augustine for this age.

Everything Passes But God

Novena to St. Monica of Hippo

My Confessions: How Saints Led Me Home
Weeds Among the Wheat: Donatism and Why I’m Still Catholic
The Reality of Demons and How to Overcome Them
Benefits and Pitfalls of Personal Bible Study
Has Ascension's free media strengthened your faith?
You can now offer ongoing support for this content with a recurring gift.
Support Ascension