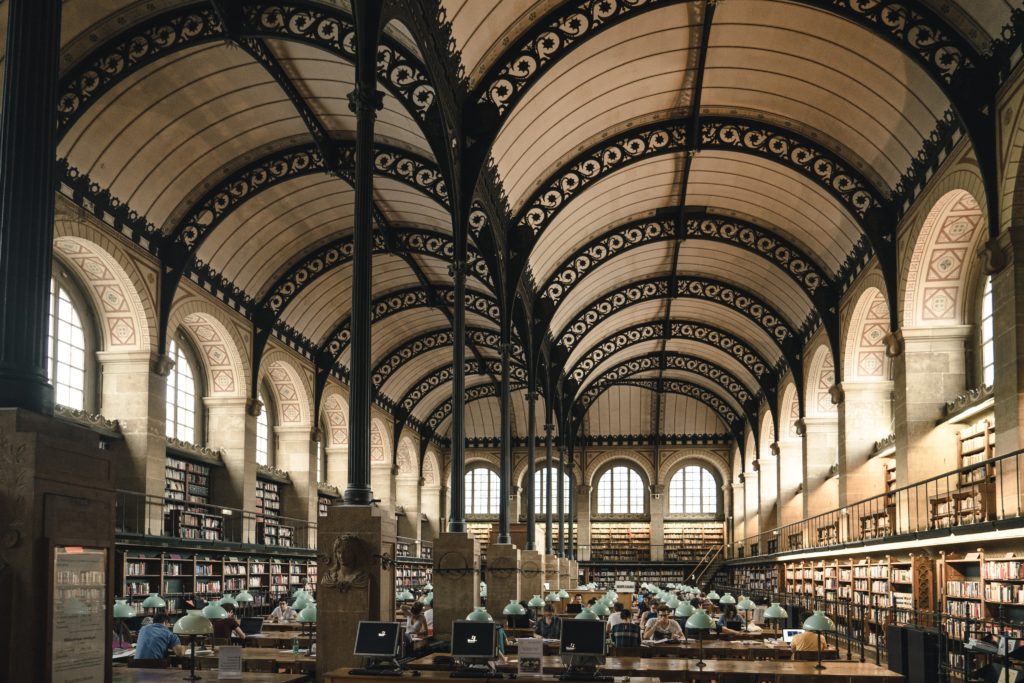 It’s that time of year when high school graduation parties are over and many students are eagerly awaiting the commencement of their college careers—some going off to big state universities, others to Newman Guide Catholic campuses, technical colleges, and still other countless options. In ten years of teaching college students, what follows is my advice for keeping one’s faith while living in a new college environment.

First, recognize now that you could lose your faith: this happens all the time, but for a great many they could not even have imagined it just six months prior; our faith is precious and if we don’t “practice” it, we’ll lose it—yes, it can happen to us all.

My first piece of advice may sound harsh: consider backing away now from friendships (or a significant other) that don’t lead you to Christ. There may be a time when you can be good friends with someone very different than you—but when that time comes, they will have accepted you as a serious Catholic, and even come to respect it; whereas, if they’re trying to lure you into areas that conflict with this central mission of your life, then this has not yet happened. Time sifts through a great many of our friendships—and right after graduation, we tend to “feel close” to lots of people.

Now is the time to cultivate serious, committed, virtuous friendships (or pray to find them in college). Virtuous friendships in a Christian context are those that take you closer to Christ—they want what is objectively best for you; and ultimately, that means they want God for you—they want you to have the Infinite Good, now and in eternity. If a high school friend (or a significant other) is pulling you in a different direction, it’s best to start pulling away now; at first, it’s really tough, but the more you set a precedent for who you really want to be, the more they’ll expect this—and maybe even eventually accept it. But this takes time—and the more you send mixed messages, the longer it will take and the harder it will be.

This will be ultra-important once you get to college; in fact, I’d say the first two weeks are absolutely crucial: it’s imperative that you hold the rope and seek out good friends then. In other words, if you fall into the wrong crowd early—and perhaps make a few mistakes—it becomes hard to remove yourself because people develop certain expectations of you; once expectations are set—say, for heavy drinking and sexual escapades—it becomes difficult to remove yourself from the environment. It’s best to win this battle upfront before it starts.

It’s been said, “Show me your five closest friends, and I’ll show you your future.” It may sound harsh, but there’s a world of wisdom here. Again, there may come a time when you can be friends with people very different than you; but there will never be a time when it won’t matter whether your negative influences significantly outweigh your positive ones. Since so much is in flux in college—and many are really settling into who they will be for the rest of their lives—now is the time to seek out people that you want to be like; now, virtuous friendships are more important than ever.

Second, seek to develop a realistic and consistent prayer life now. If you don’t pray now, it will much harder to jumpstart it in college; and if you pray now, you’ll be more likely to continue to do so when you come home for break (breaks, by the way, can be notorious moments of regression from a thriving faith life in college). But you also want to instill practices that you can realistically continue in college. So, going to bed at 9 and waking at 5 a.m.—at least for most students—is not realistic.

It’s great to seek out spontaneous prayer, but it’s best also to be committed to forms of disciplined prayer—first of all the sacraments: college students who do really well stay close to the Eucharist and confession. The Rosary, the Divine Mercy Chaplet, or perhaps a modified form of the Liturgy of the Hours are wonderful ways to channel your spontaneous prayer—and even allow your spontaneous prayer to enhance these traditional practices. The danger with spontaneous prayer by itself is that it’s all too easy to “pray only when you feel like it”—or “pray only as long as you feel like it.” There is something about the discipline of prayer—over the long haul—that roots the Faith deep within the soul. From what I’ve seen, college students who develop both of these aspects—spontaneous and disciplined prayer—do really well.

Third, as a general point, firm up your resolution now, while your spiritual strength is high, as to what you want your first two weeks of college to look like. Expect the Evil One to attack you at your weakest spot, and preemptively prepare now. These attacks put us on our back when we’re unsuspecting; but if we consider how the attack is likely to come beforehand, we’re much less susceptible.

Resolve now to resist temptation vigorously in the beginning; for if we let it linger, temptation tends to snowball and grow in strength. Let’s say someone has a fall with respect to chastity: don’t get upset with yourself just over the fall, but really look at what led up to it—realize that the battle was lost some ten steps earlier and resolve to win the battle there, before it gets to a point of no return. To use an analogy a priest friend once gave me: don’t get mad that you didn’t wake up to your alarm clock—get mad that you didn’t go to bed on time.

Consider also the virtue of prudence—the virtue by which we make good moral decisions: if we’re ever doing something we don’t want anyone else to find out about—especially the people we respect the most—we’re probably not acting prudently. Make each decision as if that decision were an answer to this question: who do I want to be? If we do that, we’ll live life with a lot less regret. We need to realize that our moral decisions are forming ourselves into a certain kind of person—that is, what we do now matters: it directly affects the kind of person we’re becoming and who we’ll be in five years.

We also need accountability (say, with good friends), and especially the sacrament of confession and spiritual direction. As my wife likes to say, the devil wants to twist, divide, and isolate—we must counteract this.

4. Surround Yourself with Good Things

Lastly, in addition to these spiritual disciplines and good friends, I would make a concerted effort now and in college to feed your mind and heart with good things. The ideas we surround ourselves with—whether from friends, tv, music, the classroom, social media—for better or worse will eventually wear on us. Some of this is good; but we’re naïve to think it won’t affect us. We need to resolve now to counterbalance these influences by good friends, good books, good talks, podcasts, or the like. We are constantly formed by our environment; and I’m afraid that if we don’t tend to our faith, we’re likely to lose it.

And if something does go wrong, rest assured this lie will fill your head: “Well, now it’s too late—I can’t turn back now.” It’s never too late: Jesus will embrace you with open arms—especially in the sacrament of confession—no matter where you’ve been or how far you’ve fallen.

If your faith is important to you, don’t neglect its growth—since a stagnant faith tends to die out. If our faith is growing, it’s alive and we’ll be able to weather the storms of life—even college life.

Are you, or is someone close to you, headed to college? What are some of the challenges you or a loved one may face there? Let us know in the comments section.

Oremus: A Guide to Catholic Payer

Walking Toward Eternity: Daring to Walk the Walk

How Being Thirsty Will Deepen Your Prayer Life
10 Points for Effective Parish Ministry
Immigration, Confirmation, and More on the Weekly Roundup
Check out This Week's Roundup of Media Content
Has Ascension's free media strengthened your faith?
You can now offer ongoing support for this content with a recurring gift.
Support Ascension