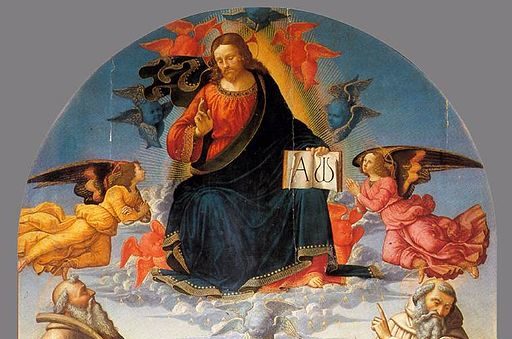 As a Southern convert, I hear versions of this refute against Catholicism all the time; I see them in comment boxes on blog posts that involve the Catholic priesthood, especially.

They go something like: I’m a born again Christian. I don’t need (a pope, prayers of saints, forgiveness from priests … ) any other mediator than Jesus. Don’t you know the Bible says, “For there is one God and one mediator between God and mankind, the man Christ Jesus” (1 Timothy 2:5). As though never a Catholic has seen that verse.

I get it. I was Southern Baptist. I was raised to view Catholicism with suspicion at best and contempt for its “hell-bound” and “legalistic” doctrines at worst. But I know better now.

I once knew in part and prophesied in part; but when exposed to the fullness of the faith in 2000 years of history I gorged on the feast whole, and my theological scraps were swallowed up in plenitude. Like St. Paul, “When I was a child, I spoke like a child, I thought like a child, I reasoned like a child; when I became a man, I gave up childish ways” (1 Corinthians 13:11).

So I have a few questions for those who vociferously maintain that Jesus is their only mediator. In what matter, exactly, is he your only mediator? Your creation? Did not your parents assist with that? And if your very creation was not accomplished solely through him, what is?

In the words of Catholic philosopher, Josef Piper, “Being created by God does not suffice, it would seem; the fact of creation needs continuation and perfection by the creative power of human love.”

Indeed. Did Jesus carry you in his womb? And after your conception, gestation, and birth, what then? Have you not been fed, clothed, educated, loved, provided for, and protected by someone who is not Jesus unto this day?

As St. Catherine of Sienna says: “All virtue and all vice come by way of your neighbor.” Did not everything you received from him, even grace and all that is eternal, come to you in some part through another person? “What have you got that was not given to you? And if it was given to you, why are you boasting as though it were your own?” (1 Corinthians 4:7).

To the one who thinks Jesus is the only mediator, I would like to ask:

Does everything you know about Christ come from Christ himself? Did Jesus baptize you? Did Jesus teach you to read or read the Scriptures to you? Did Jesus hand-write your Bible, gather its writings, or physically protect the Deposit of Faith for 2000 plus years until you could receive it from his literal mouth?

Everything that happens in the spiritual life (and otherwise) comes to us from God through our neighbor. God does not appear in order to physically baptize me himself, and you don’t baptize yourself. You are baptized by a person.

You don’t need saints to pray for you? Then why ask me to? I’m no saint, and if you don’t need a real saint—like an actual, in-heaven-before-Jesus-saint—praying for you, you definitely don’t need me or anyone else this side of heaven to.

But if you pray to ask Jesus into your heart, you know that prayer or are led in it through another person. You are led in worship by a person. You are prayed for by other people. You are taught the Word of God by a person. And people even forgive one another! All the time if they’re obedient to Jesus, “forgive us our trespasses as we forgive those who trespass against us.”

Yet we don’t say the person himself did the preaching or teaching or baptizing or saving or even forgiving (because it’s often too hard); we know that God does those things through the person for us.

Catholic confession and forgiveness through a priest follows the same pattern. The Pharisees also made the “God is the only mediator” claim against Jesus in this very matter: “No man can forgive sins, but God only” (Luke 5:21).

And yet Jesus told the apostles, “If you forgive anyone’s sins, they are forgiven. If you retain anyone’s sins they are retained” (John 20:22-23).

Can you see how ridiculous it is to force 1 Timothy 2:5 to say, then, that Jesus is the only mediator? What does St. Paul mean, then?

When we read the Bible with the whole Church throughout her history we know he means that Jesus is the absolutely unique Mediator whose sole sacrifice is able to make eternal atonement for sin and therefore reconcile men eternally with God. All other mediators draw their efficacy from his office, insofar as they cooperate with and unite their efforts to his.

Jesus told St. Catherine of Sienna, “I could easily have created men possessed of all that they should need both for body and soul, but I wish that one should have need of the other, and that they should be My ministers to administer the graces and the gifts that they have received from Me …

“It is true, however, that the acts, unless made through love of Me, profit them nothing so far as grace is concerned. See then, that I have made men My ministers, and placed them in diverse stations and various ranks, in order that they may make use of the virtue of love” (Treatise on Divine Providence).

St. Paul said it first. After speaking on spiritual gifts and the duty and privilege of offering them to Christ in service to his body for the common good, St. Paul maintains it must all be done in, with, and through a love that is itself divine ( see 1 Corinthians 12-13).

It Is the Lord

The activity of God, then, is somehow in every person and always present, but it is visible only to the eye of faith. Because our senses can see only the creature, we are often taken by surprise and do not recognize it is him until he has passed us by. If we watched with vigilant attention God would endlessly reveal himself to us in our neighbor.

This is why Jesus marveled at the faith of the Roman centurion (Matthew 8:10) who saw what the Pharisees couldn’t, and what many of us won’t: there is never a moment when God does not approach us in the mediation of another person, so that at every encounter we might exclaim, “It is the Lord!” (John 21:7).

Why Pray to Mary and the Saints?

HIS Story Is YOUR Story – Part 4