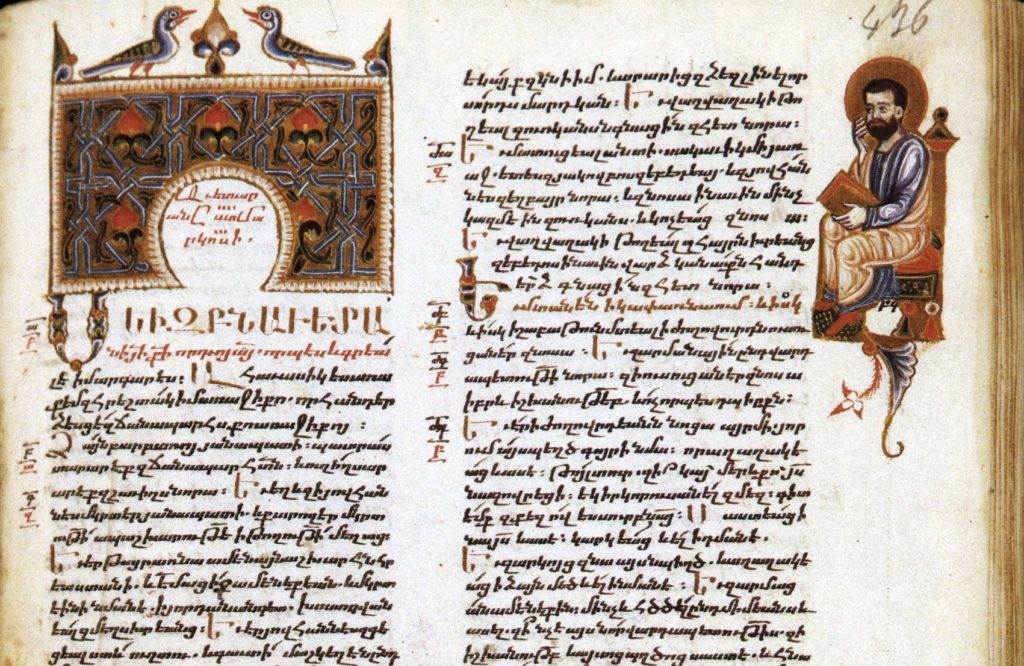 You may have seen on occasion provocative claims about the “historical” Jesus, usually purporting to demonstrate why traditional belief is incorrect.

Sometimes such claims have a naturalistic philosophical bias driving their conclusions: for example, when one reads something like “such and such a Gospel must have been written after the fall of the Temple because the text seems to ‘know’ that such an event has already occurred,” we should see readily see that this is a philosophical conclusion, not a historical one (see C.S. Lewis’ Miracles, pg. 3). Such a position is assuming that true prophecy cannot occur—a position that might make sense if God didn’t exist, but one which is preposterous if he does. There is often a similar bias against miracles.

Further, in some ways the discipline of historical Jesus studies suffers from the legacy of Rene Descartes who proposed methodic doubt as a principle of all knowledge; that is, in his view, what can be doubted must be doubted. Descartes wanted absolute certainty before he would assent to anything.

In historical Jesus studies, one methodological principle that expresses this Cartesian doubt is the principle of dissimilarity. This principle stipulates that if something Jesus said or did is dissimilar to what early Christians believed, then it can be trusted. Jesus’ baptism is usually taken as an example that passes this test because it seems to make Jesus inferior to John—contrary to early Christian belief.

Now on the surface, such a procedure makes sense. But when the procedure is turned the other way, it becomes problematic. That is, when Jesus says/does things that are similar to what the early Christians believed, these sayings/events must be rejected as simply early Church propaganda—writing their own beliefs onto the lips of Jesus. Such a procedure exhibits a “hermeneutic of suspicion.” This is dubious at a basic historical level: as renowned New Testament scholar N.T. Wright has pointed out the real Jesus must be the historical bridge between Judaism and early Christianity (see The New Testament and the People of God); in other words, why in the world would we ever assume that there should be no continuity between the founder (Jesus) and the movement (Christianity) he gave rise to?

But we should ask the historical question differently—not seeking absolute certainty, but seeking reasonable belief. After all, history—especially ancient history—is all about accepting someone’s testimony regarding happenings to which we were not privy. That is, “certitude” is simply not an appropriate standard for history: rather, history moves between levels of plausibility and probability—that is, reasonable belief.

We should ask whether the testimony of the Gospels makes sense within the context of first-century Judaism. Is there the familiarity we would expect of an eye witness—with regard to Palestinian geography, Jewish custom, culture, and the political situation on the ground? In other words, are the Gospels consistent with what we know about the period? As Brant Pitre said quite well: “If a saying or deed attributed to Jesus is contextually plausible, coherent with other evidence about Jesus, and … provides a plausible cause for the practice and belief of the early Church, then it is reasonable to conclude that the evidence in question is historical” (Pitre, Jesus and the Last Supper, 41).

So How Do the Gospels Fare?

Well, contrary to the trend of the so-called “Gnostic Gospels,” the canonical Gospels are quite at home with the geography of the Holy Land (e.g., Bethany, Capernaum, and the like are real cities which one can still visit to this day); the canonical Gospels are familiar with Jewish customs and Jewish groups—and their various points of contention (e.g., Pharisees and Sadducees). Moreover, the canonical Gospels situate their accounts in the context of real rulers and figures which we know about from other historical sources: e.g., Caesar Augustus, Pontius Pilate, Quirinius, Festus, Felix, Herod the Great, Herod Antipas, Herod Agrippa, Annas, and Caiaphas.

In other words, everything about the Gospels has the feel of eyewitness testimony—of people on the ground at the actual time and having real knowledge of the actual political situation, culture, custom, and geography. The absence of such familiarity in the “Gnostic Gospels” is what makes the vast majority of scholars date such works no earlier than the second half of the second century. Whereas even the likes of Bart Ehrman (an atheist/agnostic New Testament scholar) acknowledge that the canonical Gospels are first-century documents and as such are our earliest sources for the life of Jesus: “As it turns out, these [the New Testament Gospels] are our best sources. They are best not because they happen to be in the New Testament, but because they are also the earliest narratives of Jesus’s life to survive” (Ehrman, How Jesus Became God, 89-90).

Putting the Philosophical and the Historical Together

What we have in some ways is similar to arguments for God’s existence: that is, an inference from a perceived effect to an unseen cause. Such a procedure is not foreign to the sciences either: after all, how do we know about quarks and other subatomic particles, or black holes? We know about such realities by inferring them from their effects.

The historical effect to be explained in our case is the rise of Christianity; if we simply compare Christianity to other Jewish Messianic movements of the day (and there were several), the historically curious thing is that in every case: when the leader died, the movement died, with one exception—Christianity. So, just at a historical level, something seems to be different about Christianity—and Jesus’ resurrection has the power to explain this difference.

Without the Resurrection, it would seem that we have an effect (the rise of Christianity) with no adequate cause.

The fact is a gentle/hippie Jesus who just told people to be nice would never have gotten crucified; he would have never drawn the crowds that he did.

But a Jesus who as the New Moses is bringing about the New Exodus hoped for by the prophets—who is bringing about a New Passover and offers New Manna and is himself the new and eschatological Temple (see Pitre, Jewish Roots and Jesus and the Last Supper)—such a Jesus both makes sense coming out of Judaism and has the power to explain the rise of Christianity, particularly once his claims are vindicated by the Resurrection.

A Word on Dating the Gospels

By the end of Acts, Paul is still alive and awaiting his trial in Rome. We know Paul was martyred under Emperor Nero in the early 60s. And we know that Acts is the sequel to the Gospel of Luke ( see Luke 1:1-4; Acts 1:1-2). Since Acts covers Paul’s missionary journeys, there is no reason why Luke (the author of Acts) would be silent regarding the climax of Paul’s life and ministry in his martyrdom—unless such an event had not yet occurred. This strongly suggests that Acts was written before Paul’s death in the early 60s—and that suggests that the Gospel of Luke is even earlier still. This is significant because it places the written testimony of Jesus within the generation of living witnesses.

Writing to the Corinthians, St. Paul states that the Risen Jesus appeared to over 500 people at one time—“most of whom are still alive” (1 Corinthians 15:6). That is, the people to whom he is writing knew the truth.

Just imagine for a moment that someone wrote a book ten years from now about me and the miracles I performed while teaching at Benedictine College. Surely, people would soon give their testimony against such outrageous claims. You simply can’t fabricate in the presence of living witnesses. In fact, it’s been suggested that the development of legendary materials needs at least three to four generations, precisely because living witnesses need to be gone before legendary materials can gain traction (see Peter Kreeft, Handbook of Christian Apologetics, chapters 7-9).

We can be confident that the Gospels stem from eye witness testimony and tell the truth about what Jesus said and did. Remember, the Gospels themselves are historical evidence; don’t fall into the trap of thinking, “evidence only counts when it’s from a secular source.” The Gospels are the principal evidence for the life of Jesus and should be given the benefit of the doubt, especially since they are so clearly rooted in the real first-century Jewish setting in which Jesus lived. And their portrait of Jesus has the power to explain the rise of Christianity, whereas alternative revisionist claims often cannot.

Let us conclude with the words of Pope Benedict XVI; “Unless there had been something extraordinary in what happened, unless the person and the words of Jesus radically surpassed the hopes and expectations of the time, there is no way to explain why he was crucified or why he made such an impact” (Jesus of Nazareth, volume one, xxii).

This article was first published on The Great Adventure Blog March 22, 2016.

Did Jesus Predict the End and Get It Wrong?
Ancient Philosophy & the New Testament
Jesus’ “Brothers” and Mary’s Perpetual Virginity