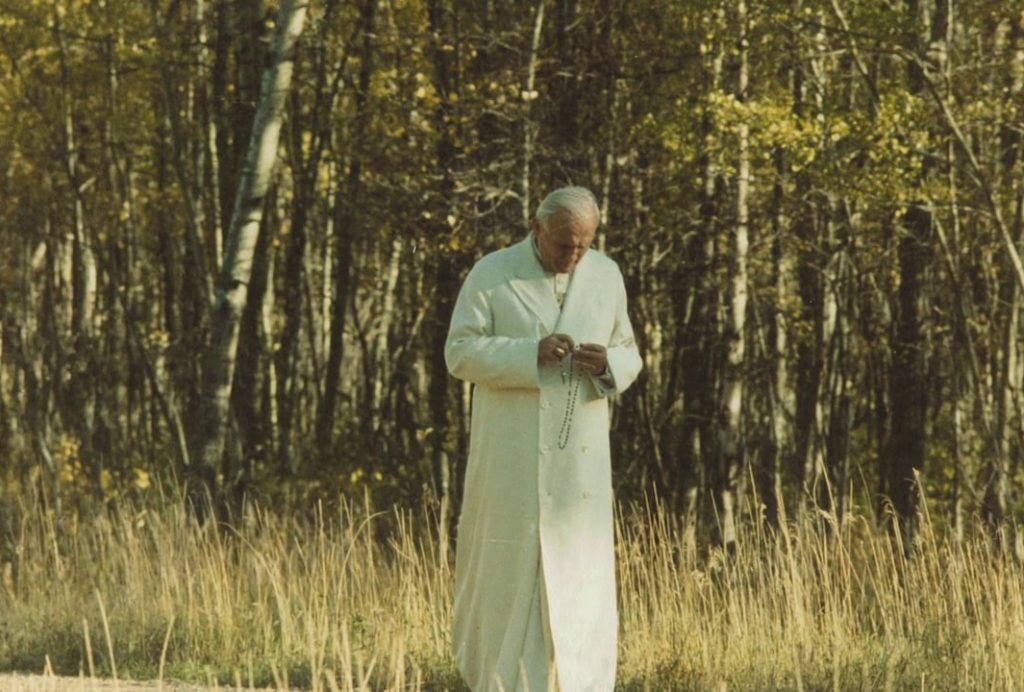 Holiness is not simply a matter of our exertion, but the power of God working in us. This life of divine sonship continues to flow outward in the promptings of the Holy Spirit, moving us, challenging us, drawing us ever more deeply into the mystery of God. This is especially exemplified in the lives of the men who influenced the young Karol Wojtyla.

In 1935, a Polish tailor named Jan Tyranowski heard a homily where the priest said, “It’s not difficult to be a saint.” For whatever reason, this line moved Tyranowski—and in God’s providence, prepared him to contribute in a momentous way to the dramatic and tragic history of the twentieth century. George Weigel notes that by the outset of World War II, Tyranowski was “living a daily schedule of prayer and meditation more strict than that observed by many religious orders.” Little did he know what (or who) was right around the corner—little did he know what God was preparing him for.

With priests being rounded up in Poland by the Nazis, the formation of the youth had to pass into different hands. Tyranowski created the “Living Rosary,” groups of fifteen young men, each led by a more mature young man. Each of the group leaders would be personally mentored by Tyranowski; one such leader was the young Karol Wojtyla, who met Tryanowski in 1940. It was Tyranowski who introduced Wojtyla to the writings of St. John of the Cross—which eventually became the subject of Wojtyla’s first doctoral dissertation.

By 1943, the Living Rosary involved some sixty young men—ten of whom eventually became priests! As Weigel recounts, “For the young Karol Wojtyla and his friends in the first Living Rosary groups, Tyranowski represented a unique lay combination of personal holiness and apostolic zeal, a kind of life ‘that was completely unknown to us before.’” Indeed, one man can make a difference—even in the midst of the Nazi occupation!

Another key mentor for the young Wojtyla was his father—a man, in Weigel’s words, of “granite integrity.” Weigel continues: “His son [Wojtyla] remembers his father as a ‘man of constant prayer.’ At night, as in the early morning, young Karol would find his father on his knees silently in prayer. Father and son read the Bible together and prayed the Rosary regularly.”

In fact, after the young Wojtyla lost his mother when he was almost nine, his dad—Karol Józef Wojtyla Sr.—took him on pilgrimage to Kalwaria Zebryzydowska; this pilgrimage site was basically a nearby “Calvary” (Kalwaria=Calvary), where outdoor Passion plays would be put on, with the audience more or less becoming participants in the event, following in the footsteps of Christ.

The young Wojtyla would face much suffering in his life—a great deal of which would only be a decade away. Here, his father’s message—in the wake of losing his mother—was unmistakable: life has meaning, even in the midst of suffering; indeed, in the very mystery of suffering itself, we are caught up in the great mystery of the Cross. And the Cross of Jesus leads to the crown of glory.

Wojtyla later described these formative years with his father as his “first seminary, a kind of domestic seminary.” His father’s death in the midst of World War II—when Wojtyla was not yet twenty-one years old—certainly hastened his vocational discernment. But clearly his father’s life—not just his death—proved pivotal in the formation of this young Pole from Wadowice.

We never know exactly what part we have in the great drama of God’s providence. But like Tyranowski and the elder Wojtyla, we can say “yes” to the promptings that come our way. And in the moment, our “yes” is not likely to appear glamorous; it certainly wasn’t for Wojtyla’s father, and probably not for a while for Tyranowski. After all, Tyranowski couldn’t have known that a future pope—and a pivotal player in bringing down Communism—would soon be under his tutelage. And if it were not for the quiet and steadfast faithfulness of his father, we might never have had the Karol Wojtyla we have come to know and love.

Saints come in many shapes and sizes; and there are many more unknown that we celebrate on All Saints Day. Let us consider the dramatic importance of our daily “yes” to the promptings of the Holy Spirit; we never know how vital a small “yes” will be to our own salvation, or to the workings of God in the life of another. How can a sense of the awesomeness of God’s plan—and how our lives are so deeply interwoven into the much larger tapestry of divine providence—give us a greater sense for the radical importance of each of our lives?

WYD Krakow 2016: An Experience of Mercy

St. John Paul II’s Love & Responsibility: A Bird’s Eye View
A Christian Take on Love
WYD Krakow 2016: An Experience of Mercy
C. S. Lewis on How to Persevere in Chastity
Has Ascension's free media strengthened your faith?
You can now offer ongoing support for this content with a recurring gift.
Support Ascension